March 11 2019
19
Washington does not abandon attempts to force Ankara to abandon the purchase of the Russian C-400 Triumph SAMs. A spokesman for the US Department of Defense, Charles Summers, said Turkey would face "serious consequences" in military relations between Washington and Ankara when receiving the C-400.

“If Turkey accepts C-400, it will lead to serious consequences if we talk about our relations, military relations with them ... They will not receive the F-35 and the Patriot,” the spokesman said.

Thus, the US military spokesman repeated the threats previously voiced by Deputy State Department Press Secretary Robert Palladino, who said that Turkey’s purchase of C-400 from Russia could lead to Ankara’s refusal to participate in the creation of F-35 and other potential deals. in the field of armaments in the future, as well as to sanctions. 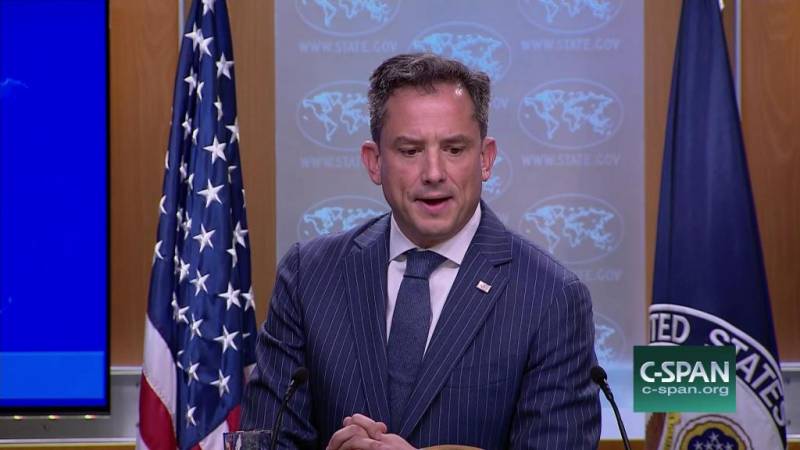 Meanwhile, it is already clear that these threats will not work. If only because Recep Erdogan and other top officials of the Turkish state have said so many times that their position on C-400 is unchanged, and they will not back down from it, that the rejection of it will, among other things, be a loss of face.

If Americans put their threat into action, what will they achieve? First of all, they will incur certain financial losses due to unsold equipment. In addition, the exclusion of Turkey from the F-35 program, in which it participated in financing, even if it does not lead to the US for penalties (which is unlikely), but may lead some other American allies to reflections on the feasibility of participating in such programs. Recall that the F-35 project for a number of Western countries was not only a serious blow to the budget, but also a considerable disappointment because of the incomplete design and problems with the aircraft’s logistics. And now they will see that this raw “vundervaffe”, into which they have already poured huge amounts of money, is also a tool of blackmail and pressure from Washington, which threatens the “stingy” country with “money”. 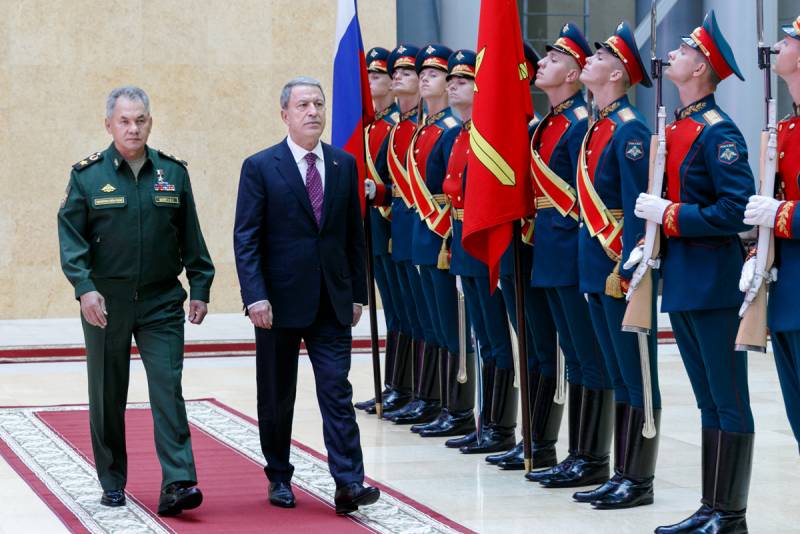 And, finally, having fulfilled their threat, the Americans themselves will push Ankara to even closer military-technical cooperation with Russia and China. Recall that recently the Black Sea exercises were held in the Black Sea fleet The Russian Federation and the Turkish Navy, and the Turkish and Russian military launched a joint operation to ensure peace in the Syrian province of Idlib. That is, the "drift" of Ankara from NATO towards Russia, Iran and China can be enhanced by the steps of the Americans themselves.

To this we can add that Turkey is the most important ally of the United States. Besides the fact that it possesses powerful, well-prepared and efficient ground forces, its geopolitical position is key because it provides access to the Eastern Mediterranean, the Black Sea, the Central and Middle East, and the South Caucasus.

In the event of the final destruction of relations between Ankara and Washington (to which the refusal of supplies of F-35 and Patriot is likely to contribute, the situation of the United States in these regions will worsen significantly.

It is unlikely that all these risks are miscalculated at the White House, but America continues to play to raise rates. And, it is quite probable that this game, so beloved by Trump, is being conducted in the hope of “bending” the Turks in another matter that is no less important for Washington. 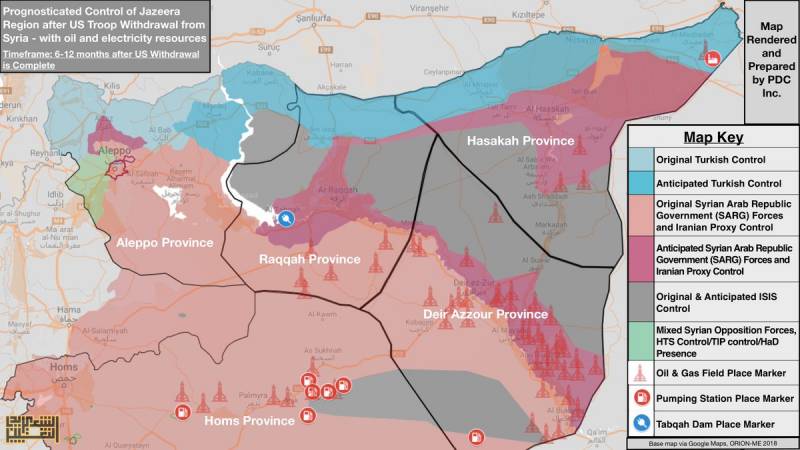 We are talking about northeastern Syria, where Turkey intends to create a “buffer zone” along its border, displacing Kurdish armed formations from it. This task is extremely important for Ankara, since the Kurdish rebels operating in the south of Turkey receive powerful help and support from their fellow tribesmen in northeastern Syria from the YPG, who, in turn, are patronized by the United States. Ankara claims that law-enforcement forces were already seized from militants in the territory of Turkey itself weapon, put by the Americans "detachments of people's self-defense" (as translated YPG).

28 February - The second meeting of the joint Turkish-American task force, created to coordinate the process of withdrawing US troops from Syria, was held in Ankara on March 1. At the insistence of Turkey, one of the key topics of the discussion of the group is the creation of a “buffer zone”. As Washington analysts say, NATO Allied consultations intensified after President Trump first announced that the US would withdraw its two-thousand contingent from Syria, and then, after strong recommendations from White House advisers and Pentagon officials, agreed to leave 200 soldiers and officers to north east sar. Later it became known that approximately the same number of US military under the guise of "peacekeepers" is planned to be maintained in the At-Tanf region of Homs province, around which the United States unilaterally created its own "buffer zone" depth 50 kilometers.

In light of this, Turkey’s plans in northeastern Syria suggest the complete ousting of Kurdish YPGs from territory from 30 to 40 kilometers south of the Turkish border, followed by the creation of a “security zone” there.

Ankara is also in favor of the speedy formation of the military and civil administration of the city of Manbij and the coordination with it of the list of members of these local administrative structures, since the Turkish side is categorically against the inclusion of people associated with or cooperating with the YPG.

Actualization of these Turkish plans was the statement of Donald Trump about his decision to withdraw the American occupation forces from the territory of Syria. It should be noted that under the pretext of fighting the Islamic State Islamic (IG) terrorist organization banned in Russia, the Americans were involved in the creation of a separatist quasi-state on the territory of the SAR, which they use as their operational base. As part of this task, the Americans are not only arming the Kurdish formations, but also by their presence protecting them from the actions of the Turkish military and proxies. 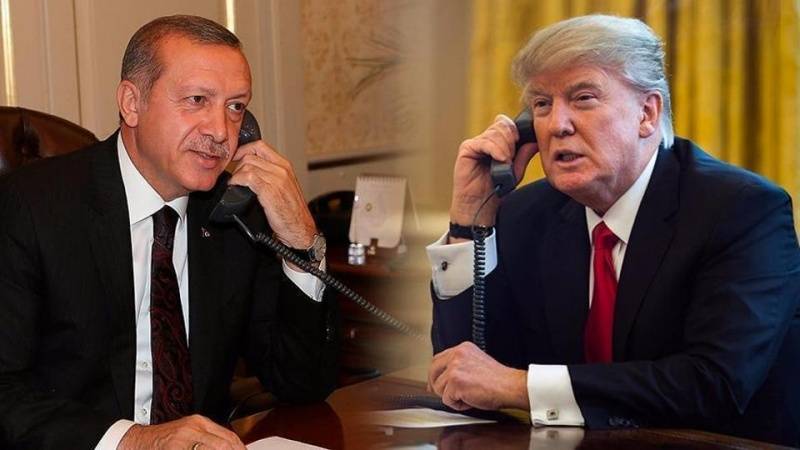 And Trump personally promised Erdogan not only to bring the American "human shield", but also to transfer the territory occupied by him under Turkish control. Thus, one of the main causes of the crisis in the US-Turkish relations was eliminated.

But idylls, as we understand, did not work out. Hard pressure from his entourage forced the American president to abandon his words and his obligations to Erdogan, which, of course, only aggravated the relations between Ankara and Washington.

28 February - The second meeting of the joint Turkish-American task force, created to coordinate the process of withdrawing US troops from Syria, was held in Ankara on March 1. At the insistence of Turkey, one of the key topics of the discussion of the group is the creation of a “buffer zone”. However, no “breakthrough” meeting brought. You can only say that the parties exchanged views. And the position of the Americans, according to which the Pentagon leaves the military on Syrian territory without specifying even the approximate dates of prolongation of their presence in the SAR, did not completely satisfy the Turks. 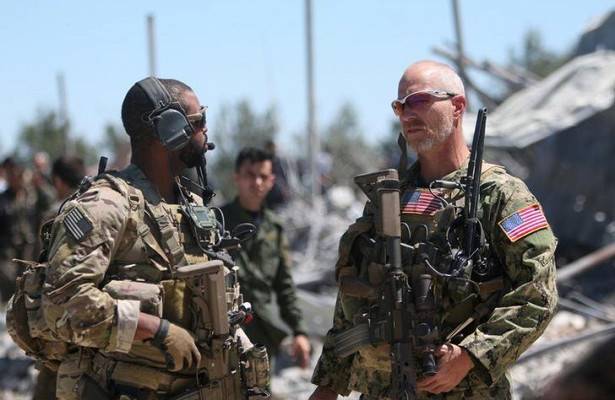 In turn, Turkey categorically demands that the American bases in northeastern Syria be transferred under the control of the Turkish military or destroyed. Moreover, it was brought to the attention of the American side that if the US does not take into account Turkey’s concerns about the YPG and does not coordinate its actions in the SAR, including the withdrawal of troops, with the Turkish partner, the latter will retain the right to use the “internationally recognized right to self-defense”. Moreover, Ankara announced that, having not found understanding among Americans, it would be forced to cooperate with all external forces that would help it prevent the emergence of the pseudo-state formation “Syrian Kurdistan”, meaning Iran and Russia.

It is possible that, in light of what is happening, Washington’s pressure on Ankara on the C-400 line, generally unpromising, aims to “trade off” F-35 and Patriot shipments for greater “tolerance” of Turks against the US-Kurdish alliance in Northeast Syria.

However, from the point of view of Ankara, the negotiability of Americans who repeatedly “threw” them is low. Recall that before Trump’s promise to withdraw troops, Turkey and the United States had already reached an agreement on the withdrawal of the YPG from the Turkish border and on joint US-Turkish control over these areas. However, these agreements were not fulfilled by the Americans. 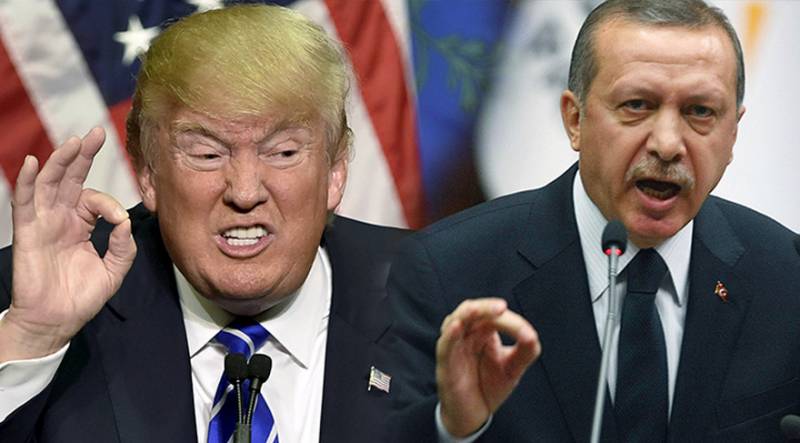 And the ultimating intonations that appeared in the statements of the Turkish side, supported by a powerful strike force on the border with the SAR, numbering about 16 thousand Turkish soldiers and 10 thousand proxy, shows that Ankara is not a stranger to the game of rate hikes.