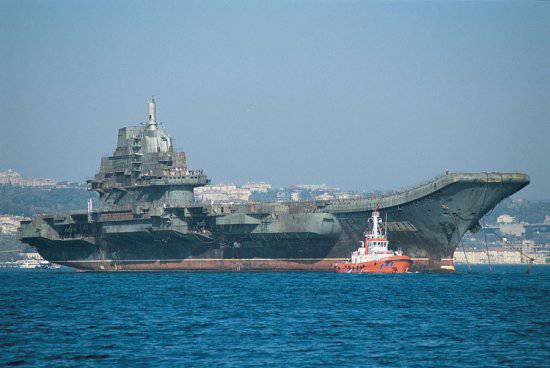 In 1992, with 67% technical readiness, construction was suspended, the ship was suspended.
In 1993, according to the agreement between Ukraine and Russia, Varyag departed to Ukraine. (16 photos) 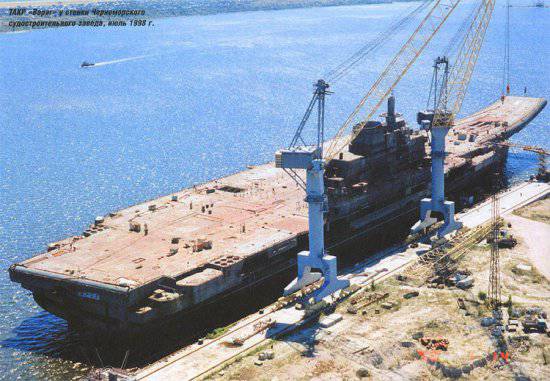 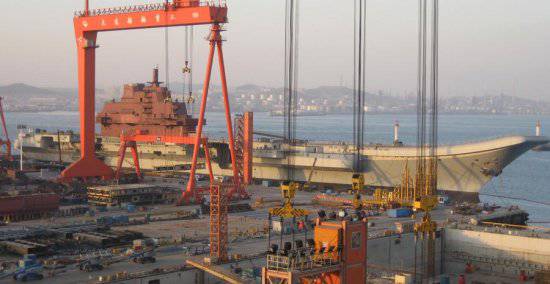 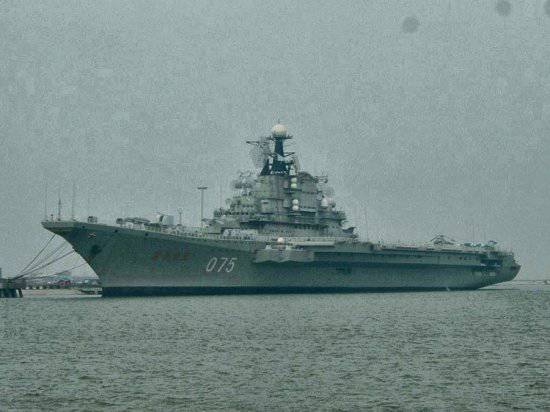 It was built from 1970 to 1975 in Nikolaev at the Black Sea Shipbuilding Plant.
In 1993, due to the lack of funds for maintenance and repair, a significant development of the life of weapons, mechanisms and equipment, it was withdrawn from the fleet's combat strength, after that it was disarmed and sold to the government of the PRC. At the beginning of 1994, it was towed to Qinhuangdao, where it was reequipped as a museum.
In September, 2003, the "Kiev" was towed to Tianjin.

Minsk - heavy aircraft carrier cruiser of the Black Sea Fleet of the Soviet Navy, and later - the Russian Navy. 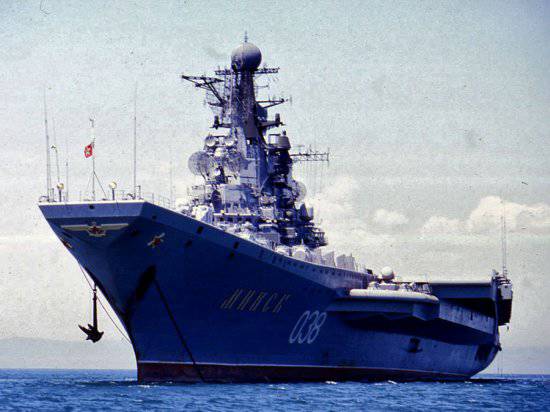 Minsk was launched on September 30 of the year 1975.
Entered into operation in 1978 year.
In November, 1978 of the year would be included in the Pacific Fleet.

In 1993, the decision was made to disarm "Minsk", its exclusion from the Russian Navy with the transfer to OFI for dismantling and implementation. In August 1994, after the solemn descent of the Naval Flag, it was disbanded.

Novorossiysk - aircraft carrier of the Black Sea and Pacific fleets of the Navy of the USSR (USSR Navy) in 1978 — 1991. 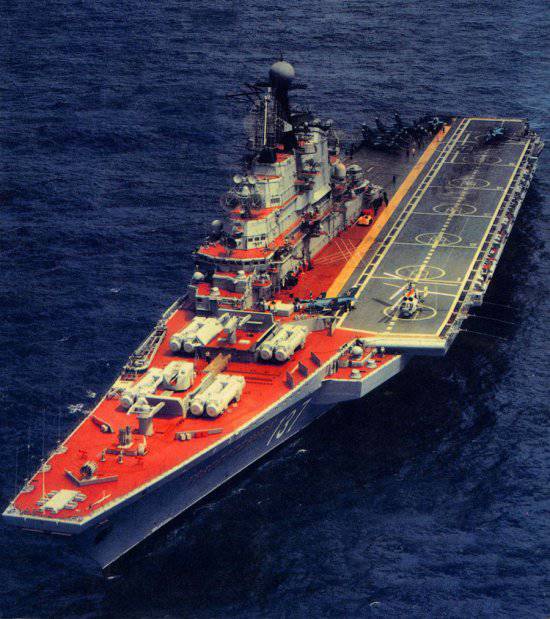 For the first time in the USSR, the aircraft carrier was designed to deploy troops on board, receive heavy transport helicopters and deploy the Yak-38P fighters.

It was built from 1975 to 1978 year at the shipyard in Nikolaev (the Black Sea Shipbuilding Plant, director Gankevich). Changes made to the project during construction delayed the commissioning date to 1982. From 1978, it was launched and completed in floating condition.

15 August 1982 the Soviet naval flag was solemnly raised on the ship, and on November 24 it was incorporated into the Red Banner Pacific Fleet. 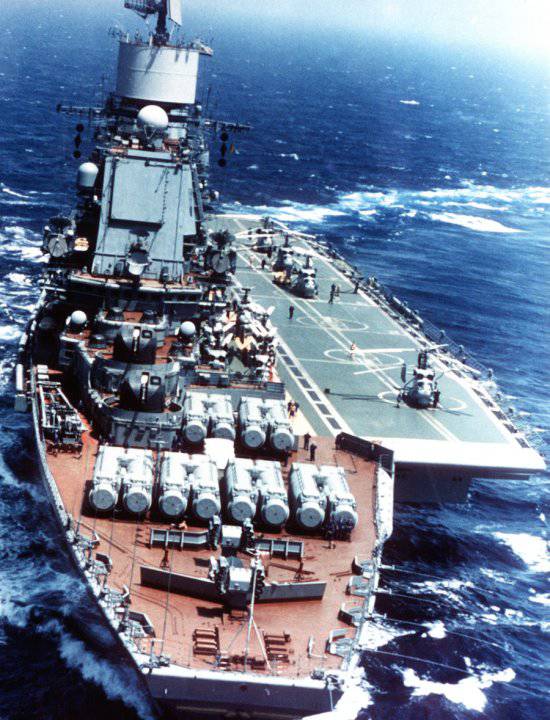 (until October 4, 1990 was called “Baku”, then renamed the Admiral of the Fleet of the Soviet Union Gorshkov, but recently in official documents it is referred to as “Admiral Gorshkov” in a simplified form) - the Soviet and Russian heavy aircraft-carrying cruiser, the only ship of the 1143.4 project [1] sold to India 20 January 2004 of the year. 5 March 2004, the cruiser was excluded from the service of the Russian Navy, the current name was canceled, the St. Andrew flag was solemnly lowered. At present, the ship, after complete restructuring, was introduced into the Indian Navy as the Vikramaditya aircraft carrier and is being completed afloat, at one of the berths of the Northern Machine-Building Enterprise. 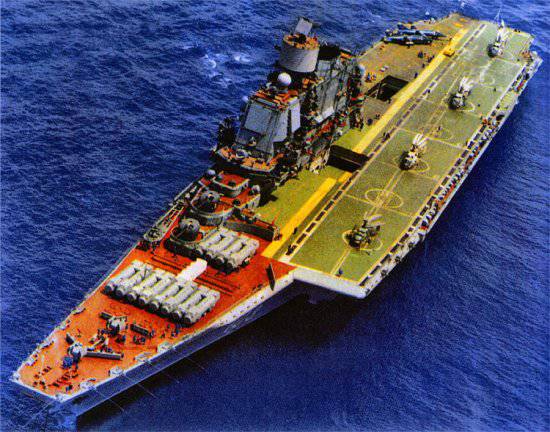 Laid on the stocks of the Black Sea Shipyard 25 in November 1988, construction ceased in 1991. By the end of 1991, a large part of the hull of the atomic aircraft carrier was formed; however, after the cessation of funding, the ship, which was ready for almost a third, was cut into slipways. I went to the smelting and metal, intended for the second ship of this type.

Ulyanovsk, which was to become the flagship of the Navy, was supposed to have an air group including up to 70 vehicles, such as Su-27K, Su-25, Yak-141 and Yak-44 aircraft. The ship was equipped with two catapults, springboard and arresting gear. To store the aircraft below deck, there was a hangar of size 175 × 32 × 7,9 m. They climbed to the flight deck using 3 lifts with a load capacity of 50 t (2 on the right side and 1 on the left). In the stern part was placed the optical landing system "Luna".

It was supposed to build a ship 4. October 4 1988 of the head Ulyanovsk (serial number 107) was included in the lists of the Navy and 25 ships of November laid at the Black Sea Shipbuilding Plant No. 444 in Nikolaev. Entry into service was planned for December 1995. 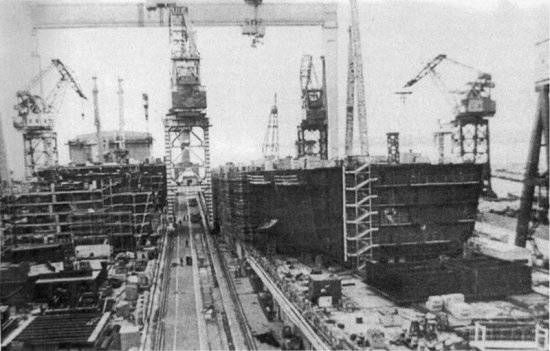 "Admiral of the Fleet of the Soviet Union Kuznetsov" 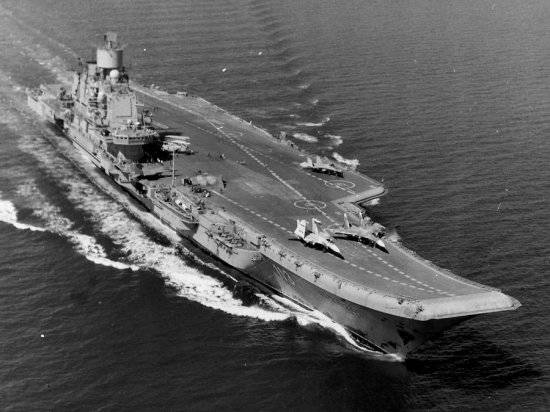 he is the "Soviet Union" (project)
it is "Riga" (tab),
he is Leonid Brezhnev (launching),
he is "Tbilisi" (test))
Heavy aircraft carrier cruiser project 1143.5, the only one in the Russian Navy in its class (as of 2009 year). Designed to defeat large surface targets, protecting maritime formations from attacks of a potential enemy.

Named in honor of Nikolai Gerasimovich Kuznetsov, Admiral of the Fleet of the Soviet Union. Built in Nikolaev, at the Black Sea Shipyard.

5 December 2007 of the Year “Admiral of the Fleet of the Soviet Union Kuznetsov” led a detachment of warships that set off on a voyage to the Atlantic Ocean and the Mediterranean Sea.

Thus, the Russian Navy has resumed its presence in the world's oceans. 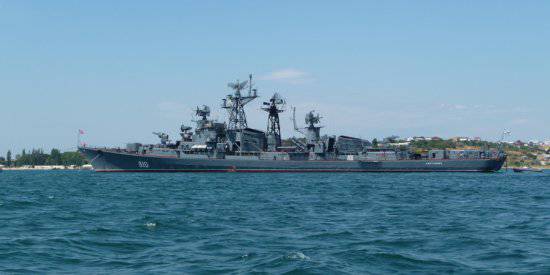 At 2009, the year in the Black Sea Fleet of the Russian Navy is only one (CCD "Sharp") of the project ships 20, which became part of the USSR Navy during the period from 1962 to 1973. The remaining 19 ships are currently decommissioned and dismantled for metal. 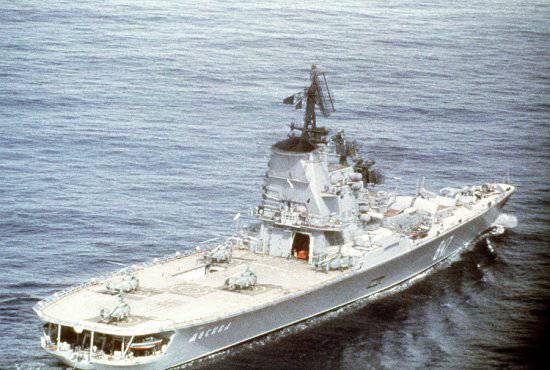 Sold to India, cut into scrap. 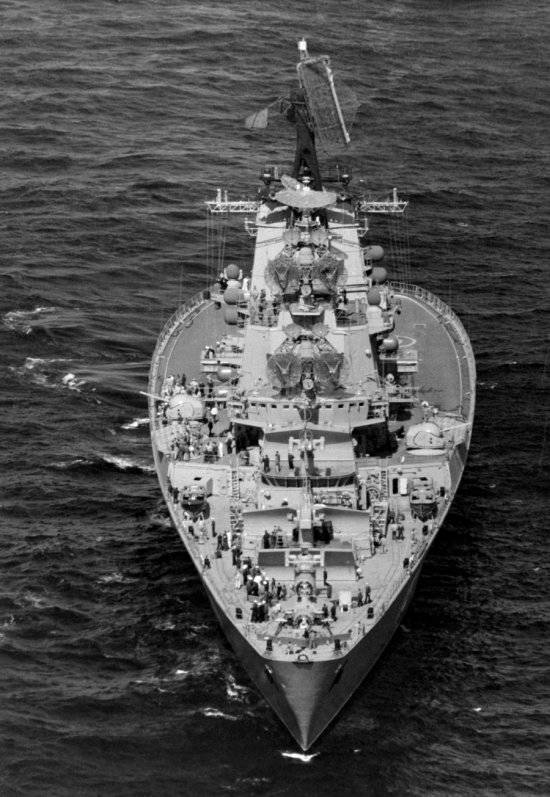 She towed to India, where she was cut for metal. 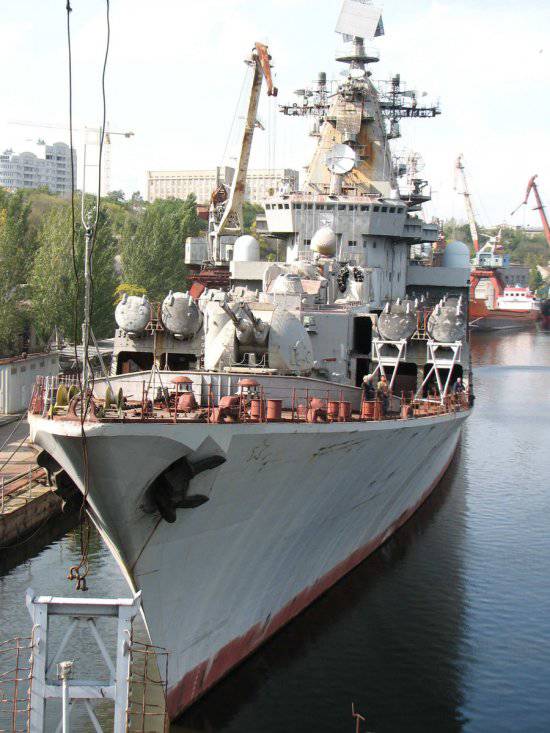 (former Admiral of the Fleet Lobov) entered the Ukrainian Navy in the 1993 year, the decision on its completion was made in the 1998 year, but Ukraine cannot commission it, and therefore the cruiser stands at the pier, options for selling the cruiser are considered.

Total:
- FROM SEVEN heavy aircraft-carrying cruisers, ONE is ready to defend Russia.
Five SOLD.
One recycled.

-From 20 BOD (project 61)
19 ships decommissioned and dismantled for metal.

It is a pity that we treat our wealth in this way. Unlike us, Americans make museums from ships that have served their time.

This is great with us.
Sell ​​what our fathers and mothers did.
Fleet, industry, military industrial complex, economy, resources, their children.
We have forgotten how to do something, except to sell someone else’s hands.
Even our children, whom we actually sold will not respect us ..
There is nothing to respect us.