March 8 2019
36
The biography of Marina Raskova is in many ways similar to the biographies of thousands of simple Soviet girls, whose lives were inflamed by the Great Patriotic War. She is an example of perseverance, strength of character, remarkable will and courage, qualities that, by definition, are more characteristic of men. During the period of serious tests for the homeland, Raskova proved to be a real, brave and competent commander. This is certainly not the case with such: “The weak half”.


Marina Raskova became famous in the 30 of the last century. Together with two crew members of the AIR-12, she broke the existing world record for the length of the flight by plane. Literally the next year after the aforementioned events, in one thousand nine hundred and thirty-eighth year, the brave pilots recorded two more records. Now - according to the flight distance on the MP-1 (seaplane).

That year was really a landmark for Raskova. At the beginning of autumn on the ANT-37 she, together with her commander Grizodubova and 2 pilot Osipenko, made an unprecedented uninterrupted flight on the route Moscow - Kirby. Its length was almost 6 and a half thousand kilometers. Signed flight brought Raskovoy universal recognition and the highest rank - Hero of the Soviet Union. She was also awarded the Order of Lenin.

Marina Malinina (after Raskov's marriage) was born on March 28, 1912 in Moscow. Her parents were engaged in pedagogy. The girl graduated from 9-year-old school. The future opera diva was seen in Marina. Her dad, Mikhail Malinin, taught vocals. Mom worked at the school as a teacher. Dad noticed his daughter's vocal abilities early and tried to develop them. However, at the age of 7, Marina lost her father. The man was hit and killed by a motorcycle.

After the death of the main breadwinner in the family, there was an acute shortage of money. At seventeen, the girl went to work. Then there was an early marriage. Sergey Raskov became her chosen one. In 1928 Marina was a laboratory chemist at the plant. In 1931, he was a laboratory assistant at the Zhukovsky Air Force Academy. It was then that I finally understood: planes are hers. She studied in absentia at the Leningrad Aviation School. 1933 - she is already the navigator of the Black Sea airbrushing expeditions. Later she worked at the Air Force Academy as a flight instructor, at the same time she studied at the Leningrad Institute of Civil Air Engineers fleet. Received the specialty "navigator". She was trained at the pilot training school in Tushino. 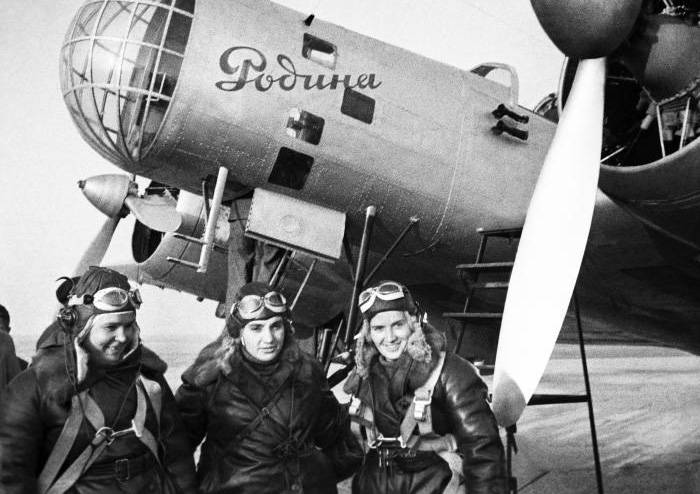 The 30s of the 20th century were truly marked by prosperity aviation romance. Marina was the first navigator girl in the USSR. Soon she was entrusted with an important task: to carry out the large aerial photography required for the Odessa-Batumi airline under construction. The work was done perfectly!

In her 22, Marina was an instructor in navigational training for the Flight Academy. Zhukovsky. However, the active girl was not going to stop there. Thanks to perseverance, she got permission to study at the school of pilots of the Central Aviation Club of Moscow. After graduation, in the 1935 year, at the controls of the aircraft participated in the parade dedicated to the celebration of 1 May. Each year he added a bold girl experience and new achievements. There were record flights, extreme situations ... 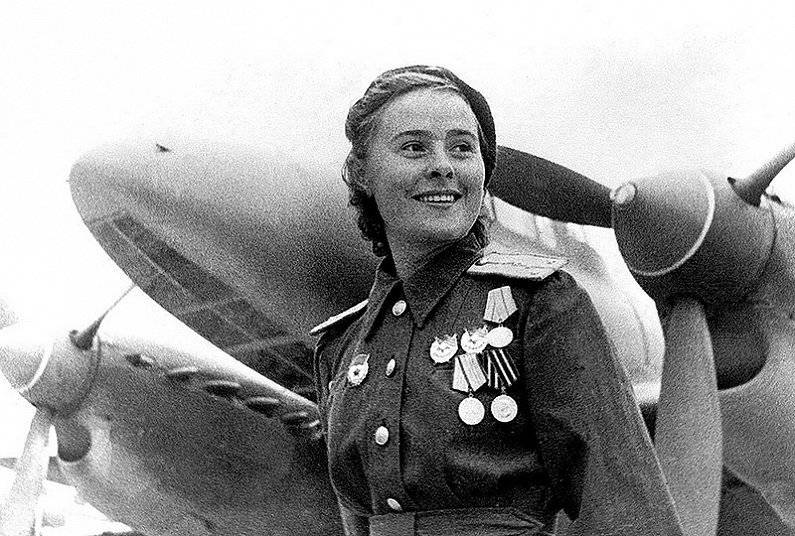 Here is one of them. ANT-37 “Rodina” took to the air with Shchelkovo 24 September 1938. From the beginning of the flight, everything went wrong somehow. Dense cover of clouds. Zero visibility. I had to control the plane, relying solely on the readings of the instruments. But that's not all. Very soon came the icing. A layer of ice was growing on the propeller. To cope with the situation and prevent the worst, it was decided to increase the speed to the maximum. Strongly chatted in the air. After Ural was left behind, the radio connection was gone.

When the clouds had passed, it turned out that the plane was over the Sea of ​​Okhotsk.

The crew commander Grizodubova made a turn "Motherland" to the shore. Fuel ran out, and with it the chances of successfully completing the flight. The fuel gauge relentlessly moved to zero. It was decided to go to the landing in the taiga.

Only this would inevitably lead to the death of the navigator, who is in the lower glass cabin. To avoid death, Marina jumped with a parachute. Landing was normal. But soon she faced a new challenge: cold, all around the beasts and no one near. She wandered with minimal supplies of food, tightly clutching a revolver and a knife in her hands for a long ten days, until she reached people.

From the very beginning of the Great Patriotic War, Raskova participated in the creation of aviation regiments consisting of women. It is considered the initiator of the release of the relevant decision of the USSR State Committee of Defense. From 1942, Raskova became the commander of the 587-th bomber regiment (female), armed with Pe-2 aircraft. The squadrons entrusted to her fought in the sky over Stalingrad.

In 1918, with the participation of Raskova, an aviation group was formed which consisted of 3 female regiments: Pe-2 bombers, Yak-1 fighters and Po-2 night bombers. The last Germans called "Night Witches". These are the brave pilots who managed to command Marina Mikhailovna. 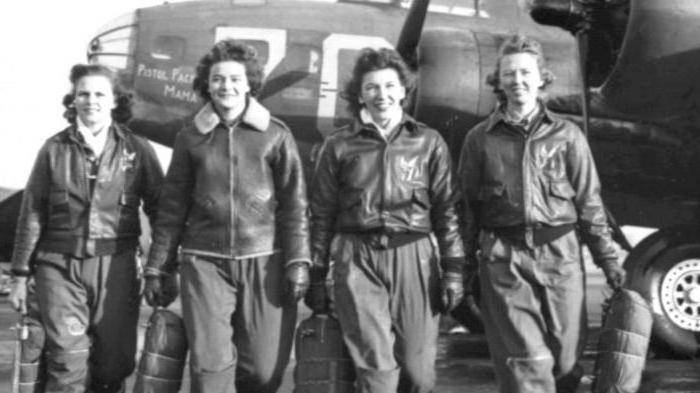 This courageous and resolute woman lived a short but very bright life of a true patriot, given to her country man. Death overtook her at the front.

On the fateful day of January 1943, the Raskovoy pilots again went to the front, having been reformed. In very difficult weather conditions near the village of Mikhailovka in the Saratov region, the plane of Major Raskova crashed. She was only thirty.

Initially, Marina Raskova was buried in Saratov, but then the remains were cremated, transported to Moscow, where they were forever placed in the Kremlin wall.

In the 1943, the regiment in which she served was renamed to Marina Raskova's 125 Guards.

Today, the name of Marina Raskova with honor is the Tambov Higher Military Aviation School. In this flight school, a bust of the heroic pilot is installed. Also in Komsomolsk-on-Amur, on the facade of the house where members of the crew of the famous Rodina plane lived in 1938, a memorial plaque was installed. The name of Marina Raskovoy are streets, squares and lanes in Moscow, as well as in other settlements of the former USSR. Two ships bore the famous name "Marina Raskova." This is the former American Ironclad, which sank in the 1944 year in the Kara Sea, and the river ship built in 1964 in Hungary. In the year 1998 written off.

Marina Raskova won many awards. Some of them were awarded posthumously. Was a knight of two orders of Lenin (1938 year), the medal "Golden Star" (1938 year). She was awarded the sign "Honorary Worker of State Security" (1940 year), Order of the Patriotic War 1 degree (1944 year posthumously).

The whole life of Marina Raskova was devoted to her selfless service to the Motherland. Such people are rightfully considered national heroes worthy of respect, eternal memory and imitation from future generations.