March 6 2019
20
The Philippines is demanding a review of the mutual defense treaty with the United States. The defense secretary fears that the country may be drawn into a conflict with China, while receiving nothing in return from the United States. 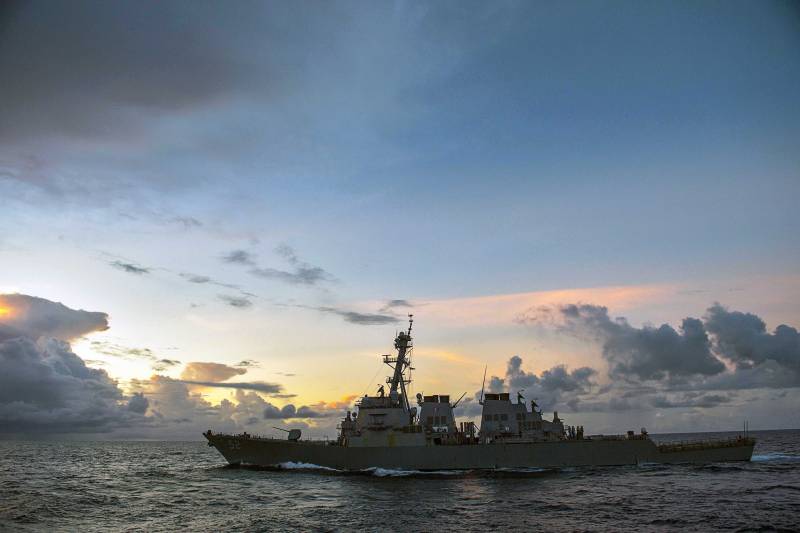 According to Manila, America will almost certainly be drawn into a conflict in the South China Sea. At the same time, the Philippines may also be involved in hostilities under the mutual defense treaty concluded in 1951.

Defense Minister Delfin Lorentzana said the treaty needed to be revised to eliminate ambiguities that could lead to chaos and confusion during a crisis. He referred to the aggressive seizure by China in the middle of the 1990-ies of the reef, which Manila considers its territory, saying: "The United States did not stop the seizure."

The Philippine proposal to revise the treaty was one of the key topics discussed during the short visit of US Secretary of State Mike Pompeo to Manila, during which the representative of the United States met with President Rodrigo Duterte and other officials.

The treaty behind one of the oldest alliances in Asia calls on the United States and the Philippines to act as guarantors of each other’s security against external attack. In the past, the Philippines tried to figure out whether this treaty would apply if its forces were attacked in a disputed region such as the South China Sea, where it was dragged into a series of tense territorial conflicts with China and four other governments.

During his visit, Pompeo assured the Philippines that America would defend her if her armed forces, aircraft or ships were attacked in this region. This was the first public statement of this kind.

A senior American diplomat assured that the United States is committed to ensuring the status of the South China Sea as open to all types of shipping and that "China does not pose a threat" for closing disputed sea routes.

Lorentzana is confident that the American forces that strengthened the so-called “patrolling of freedom of navigation” on a strategic waterway are more likely to be involved in an armed conflict than the Philippines, who will not involve any country in the war for the disputed territories.

In this case, and on the basis of the Treaty on Mutual Defense, the Philippines will automatically be involved in the conflict. We will be drawn into a war that we do not seek and do not want

The disputed territory is a key irritant between Washington and Beijing, which has turned several controversial barren reefs into strongholds with runways and other military targets. The United States stated that the peaceful settlement of disputes, as well as freedom of navigation and overflight in the contested areas, is in the national interest of the United States.

Philippine officials have stated that, starting in 2017, China has deployed reconnaissance vessels to three newly emerged sand banks called Sandy Cay near the Titus Reef, trying to prevent them from being captured by the Philippines. The Chinese are blocking Filipino fishermen access to the area.

In addition to China and the Philippines, Vietnam, Malaysia, Taiwan and Brunei each have their own overlapping claims in these strategic waters. Recently, US Navy ships traveled close to the islands to "assert freedom of navigation," provoking angry protests from the PRC.