In the US, called the number of formed military space forces

March 6 2019
16
The US military space forces — the structure promoted by the Trump administration, and whose fate has not yet been determined in the light of the upcoming congressional hearings — can become the smallest service in the ranks of this country's armed forces.


Details of the Pentagon’s proposal, published on Friday, show that the 15 service will include 000 people (including an unspecified number of civilians) as part of the new structure, but everything will start in the 2020 year with 200 specialists who will be the backbone of the staff structure. The proposal was submitted on Wednesday to Congress, which should authorize the creation of the Military Space Forces.

The military and space forces will be the first new military service after the creation of independent Air Force in 1947 as part of a broad reorganization of government military and intelligence agencies. 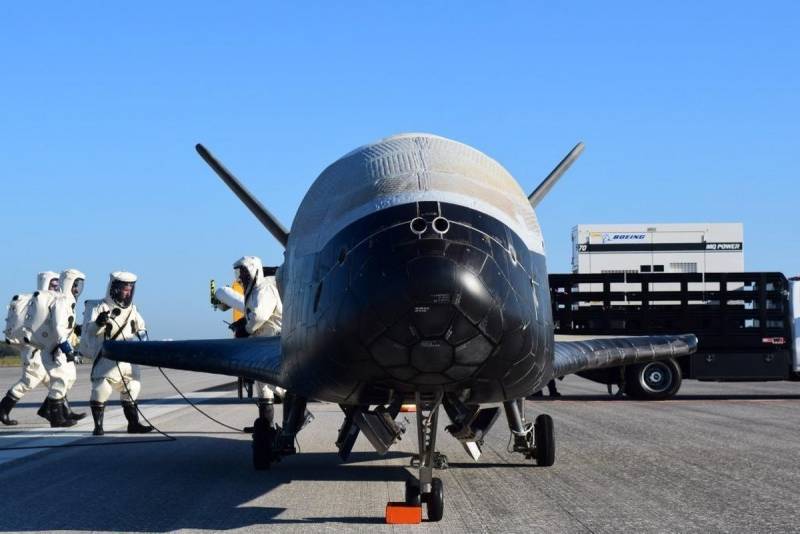 At the moment, the smallest unit of the US armed forces is the Coast Guard, which has about 40 000 military personnel and is part of the Department of National Security. Next to him is the Marine Corps, in which 186 000 man. Most of the man serves in the Army, with 487 500 military personnel.

President Donald Trump pushed the Pentagon to create the Military Space Forces, which will be “separate but equal” to other military services, the structure. His first secretary of defense, Jim Mattis, was initially cold with this idea, opposing the addition of new, costly layers of bureaucracy.

Critics questioned the need to create Space Forces as a separate structure, noting that a relatively small number of people are required to perform the tasks facing the service. The Pentagon, in turn, argues that a separate structure will give space issues more weight in the armed forces and create a special space culture and experience.

The plan presented to Congress provides for the phased deployment of space forces over a period of five years, starting with the budget year 2020. This will cost 2 a billion US dollars in expenditure in excess of funds spent on existing military space activities. Many of the details of the new service are still to be worked out, including the question of whether it will have its own training camp for recruits and its own design uniform.

Not all government activities related to space will be subordinated to the new structure. So, for example, it will not gain control of the Pentagon’s anti-missile defense agency, the National Aeronautics and Space Administration (NASA), the National Oceanic and Atmospheric Administration, and the structures of the CIA that control reconnaissance satellites in space.

Acting Secretary of Defense Patrick Shanahan issued a written statement calling the formation of the new service “historical a moment for the nation, ”ensuring that the US can“ compete, deter, and, if necessary, win in this complex area. ” He attributed to Trump "a bold vision of space."

Although many in Congress support organizational changes aimed at increasing the potential of the US space defense, some key members of the Senate and Congress, both from Democrats and Republicans, doubt the feasibility of creating a separate department.