In Poland, the MiG-29 fighter jet crashed the Air Force of the country

March 4 2019
52
In Poland, another fighter crash of the Polish Air Force MiG-29 took place. The fighter crashed in the Mazovian province, the pilot managed to eject. The official representative of the General Command of the Armed Forces of the Republic, Marek Pawlak, told reporters about this. 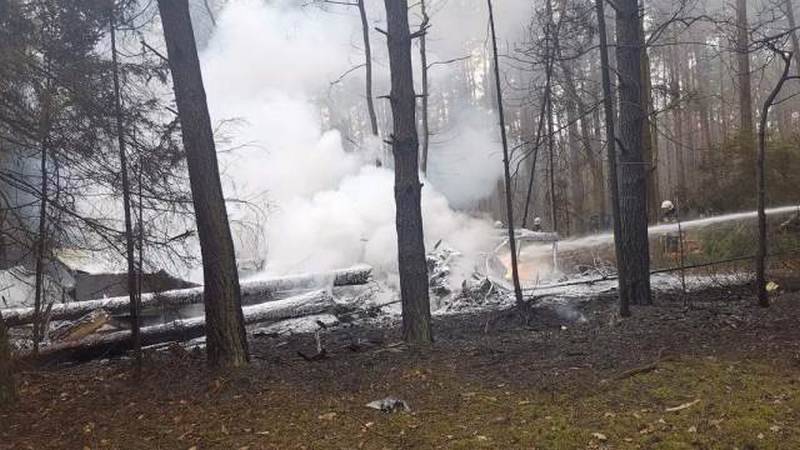 Photos from the crash site

According to the official statement of the Ministry of National Defense of Poland, the fighter of the Air Force of the country made a training flight. The collapse took place in the region of Węgrow in the Mazovian Region. The plane crashed to the ground, and then caught fire. The fighter pilot managed to eject.

He was found. It is in good condition. He was taken to the hospital for examination. That's all i know now

Rescuers and firefighters who are engaged in fire extinguishing work at the crash site. The reasons for the crash of the aircraft have not been established, a special commission is being created that will investigate the incident.

According to preliminary information, the MiG-29 fighter belongs to the air base park in Minsk-Mazowiecki.

Ctrl Enter
Noticed a mistake Highlight text and press. Ctrl + Enter
We are
December 2010 years. Russian March. Senseless and merciless? Notes not a Russian personThe accidents of military aircraft in Russia over the past 10 years
52 comments
Information
Dear reader, to leave comments on the publication, you must to register.