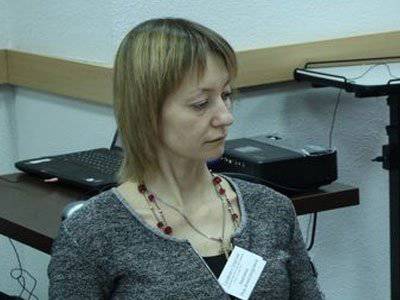 After Tbilisi unilaterally abolished the visa regime (from 13 in October 2010 - for residents of the North Caucasus, from 29 in February 2012 - for all citizens of the Russian Federation) the attitude towards Georgia in the public consciousness of the inhabitants of the region significantly improved. Georgia began to be perceived as an example to follow, not only in the socio-economic, but also in the socio-political sphere. Local politicians, businessmen, lawyers, civil activists, and, most worryingly, ordinary citizens are talking about this openly and on their own initiative. This process was most clearly manifested in the past six months, and so far there is no reason to believe that this trend will reverse.

In the different republics of the North Caucasus, "alignment with Georgia" has its own nuances.

North Ossetia. It is here that the only official land checkpoint across the Russian-Georgian border ("Kazbegi - Upper Lars") is located. About 9 of thousands of Georgians live in RNO-A, while in Georgia there are about 32 of thousands of Ossetians, mostly Georgian. More than 60 thousands of Ossetians fled from Georgia as a result of persecution on a national basis in the early nineties - mid-two thousand years, approximately 25-30 thousands left South Ossetia as a result of the Georgian-Ossetian conflict. Most of them moved to North Ossetia, significantly increasing the burden on the republican budget and social infrastructure. In this republic they know firsthand about the critical moments that accompanied the Ossetian-Georgian relations for at least the last twenty years.

Visitors to Georgia note the benevolent attitude of the population and law enforcement agencies. At the same time, dozens of cases are known where Georgian border guards, without giving reasons, refused to allow Ossetians who lived or had relatives in the villages of the formerly predominantly Ossetian-populated frontier Kazbegi region of Georgia (2) to pass through. Employees of the Georgian special services are trying to recruit individuals from across the border, asking about what is happening in the North Caucasus.

Despite these nuances, over the past year, the standard topic of conversation with a client of North Ossetian taxi drivers changed from the statement "We need Stalin!" on "in Georgia everything is not as we are told on TV." According to numerous interlocutors from different segments of the population, the problem of corruption has been solved in Georgia, beautiful roads have been built, the police "do not cling to drivers," "reforms are underway," etc. Comparing the situation with the Russian realities, they make an unequivocal conclusion in favor of Georgia. At the same time, pointing to the achievements of the ruling Georgian regime, residents of North Ossetia are not inclined to idealize the personality of Saakashvili himself (some explain: "although he was a freak, he did a lot for his people").

It is characteristic that the majority of those who advertise the Georgian achievements have never been to Georgia personally, but they trust the information received from relatives and friends. If we turn to absolute numbers, they are striking in their insignificance. Thus, according to the information and analytical department of the Ministry of Internal Affairs of Georgia, in January-February 2012 (the visa-free regime was valid only for residents of the North Caucasus), the Kazbegi-Upper Lars checkpoint was used by 13,6 thousand people. 7760 or 57% of them were citizens of Russia, 3529 (26%) - Armenia, 1559 (11%) - Georgia, 458 (3%) - Azerbaijan, 226 (2%) - Ukraine, and 84 or 1% - citizens of others States. In January-February of the current year, the checkpoint crossed 1976 from North Ossetia, 80 from Dagestan (however, it should be noted that many Dagestanis travel to Georgia via Azerbaijan), 78 from Chechnya, 66 from Kabardino-Balkaria, 34 - from Adygea, 32 - from Ingushetia and 23 - from Karachay-Cherkessia (3). Thus, the main role in promoting Georgian achievements in North Ossetia for a long time played the transfer of information "word of mouth".

Some residents of Ossetia learn about what is happening in Georgia from the materials of the Tbilisi propaganda television channel PIK (First Caucasian Informational), which can be watched for free on satellite television. At the end of 2011 - the beginning of 2012, a new trend emerged: some residents of the republic begin to trust PIK information about the situation in Russia as a whole, which is submitted in an exclusively anti-Russian and anti-Putin vein. As one of the respondents put it, “in Georgia, over several years of reforms, they have been able to achieve significant changes in the economy, in politics, and in the social sphere, while in our country nothing has changed for decades.”

A number of representatives of the intellectual elite of the RNO-A propagandize on the Internet and the media the point of view that Georgians are the people closest to the Ossetians, therefore the search for compromises and ways of reconciliation with Georgia is necessary. Confirming that the recent opinion that “one should focus on Georgia” has ceased to be marginal among the ordinary population, some Vladikavkaz scholars call one of the reasons for this situation the rejection of the slogan “Stop feeding the Caucasus!” By the Ossetians. They believe that against the background of the growth of such sentiments in Central Russia, Georgia is really beginning to be perceived in the Caucasus as a European state, as a country that gives an opportunity to “join Europe”, which is the official goal of Georgian policy in the region.

By the way, a separate section is devoted to science in the draft state strategy of Georgia’s relations with the peoples of the North Caucasus. It states the importance of systematic implementation of joint projects of Georgian and North Caucasian scientists, promises "to promote the use of archives, repositories, archaeological monuments and libraries in Georgia" for purposes of scientific research by immigrants from the North Caucasus. Tbilisi will also promote the publication and translation of works and articles of North Caucasian scholars in Georgia in Georgian and foreign languages, believing that "cooperation and close relations with Caucasian experts working in Western countries are of great benefit." In addition to linguistics, the Georgian state intends to support the development of archeology, folklore studies, ethnology, architecture, historiography and social and political sciences (4).

As for South Ossetia, the situation there is completely different. In most of the republic’s territory, the main Georgian TV channels are freely received, being a source of information about what is happening in Georgia. However, the apparent bias of Tbilisi, which is also manifested in the terminology used (RSO is called the "so-called state", "Tskhinvali region", etc.), as well as a distorted description of the processes occurring in the republic, causes distrust of reports not only about the North Caucasus , but also about the "prosperity" of Georgia itself.

In the border villages of the South Ossetia Republic, trade with Georgia is carried out, but business contacts do not lead to a change in the general attitude towards the country. The August 2008 war and previous experience of Ossetian-Georgian relations remain a powerful antidote against the Georgian information influence (in the North of Ossetia this factor is not so significant: some, mentally separating themselves from the South, claim that "we did not fight with the Georgians"). As she noted, commenting on the total absence of pro-Georgian sentiments in the republic, one of the residents of South Ossetia "comes to the point that we forget not only about" beautiful "Georgia, but also about the threat it carries."

Dagestan. Increased interest in Georgia in this republic is different than in the RNO-A, the way. Representatives of the intellectual stratum of the population (students, journalists, teachers, scholars, etc.) who are dissatisfied with the growing Islamization and who regard Georgia as an alternative platform for professional self-realization are looking mainly towards Tbilisi. This process has not yet become widespread, but we can talk about at least a dozen Dagestan intellectuals who have moved to live and work in Tbilisi. The Georgian capital seems to them more attractive than, for example, Rostov-on-Don or Moscow. The reason for this, in addition to the high cost of living in major Russian cities and the illusion of joining the "world civilization" through Tbilisi, is all in the same anti-Caucasian sentiment, the manifestation (or rather, an exaggerated idea of ​​which) seriously reduces the quality of life.

Ingushetia. In general, the Ingush do not have much interest in visiting Georgia. The majority of those who have been there over the last year are associated with the car hauling business. They also note the achievements of Georgia in the fight against corruption, the politeness of the police, the lack of bias towards the residents of the North Caucasus. The emotional coloring of Georgia is rather positive in their views. Tbilisi recently discussed the topic of recognition of the so-called. "Ingush genocide" does not find a response in Ingushetia.

Chechnya. The official Grozny, of course, does not raise and does not support the theme of the "Vainakh genocide", but interaction with Georgia is developing through the NGO line. So, 27-29 on April 2012 in Tbilisi hosted a forum of Georgian and Chechen journalists. From the Russian side, more than ten journalists from Chechnya, human rights activists and officials participated in it, and from the Georgian side, media representatives working on the North Caucasus, including PIK employees. The event was organized by the Georgian NGO Foundation of the Caucasus (6). The forum participants discussed issues of cooperation and strengthening ties between Georgia and Chechnya, the possibility of implementing joint projects, and also visited Mtskheta and the Pankisi Gorge (7).

The successes of Georgia in the North Caucasus, albeit very illusory, relating mainly to the PR sphere, are nevertheless impressive, as is the pace of their achievement. If, however, the plans described in the last section of the state strategy project of relations with the peoples of the North Caucasus are embodied - it is about the arrival of North Caucasians in Georgia for treatment and providing them with “full service in the hospitals and hospitals in its territory” (8) then the position of Tbilisi in the region with time may gain quite real weight.