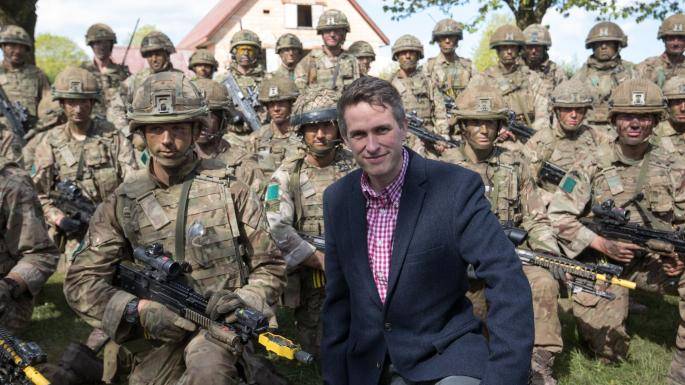 The British contingent is already somehow represented in Singapore and Brunei. AT Singapore Naval Party 1022 is located - the unit responsible for the technical support of British ships and equipment located in the port of Sembawang. NP1022 is also a symbol of the British contribution to the Five Powers Defense Agreement (UK, Australia, New Zealand, Malaysia and Singapore).

В Brunei there is a light motorized infantry battalion of the Royal Gurkish shooters. 7th Army Corps aviation (Bell 212 helicopters) supports ground forces. These units can support the Sultan of Brunei, as well as accompany other elements of the British Armed Forces, when necessary. About 2000 Britons serve in Brunei, including civilian personnel, who change every 5 years.

It is not necessary to say that "Great Britain is returning to Asia", hinting at the recently ended era of decolonization. The Anglo-Saxons did not go anywhere. The British military presence in Brunei is one example of how London wants to maintain its influence in Southeast Asia even after Malaysia gained independence and Hong Kong gained administrative autonomy. In light of the growing tension between the United States and China, the importance of British positions in Brunei could increase even more. The "new military base" in essence will not be anything new, but will only strengthen the forces already existing there.

The Caribbean, in turn, has never been a priority for British defense policy. Only in the 2017 year, when the hurricane season hit the British overseas territories in this region and the British power structures did not provide any assistance to the population, did the government think about creating a military base there.

Guyana was a British colony until 1966. The country is located in Latin America, but in terms of geography, culture and economy, it is closer to the Caribbean region than to the rest of the southern continent.

The rainforests of Guyana are an ideal place for various exercises, but, of course, this was not the determining factor for the possible creation of a military base here. The state borders with Venezuela, which has long-standing territorial claims on the western part (almost 50% of the territory) of Guyana. The dispute escalated in 2015, when oil exploration began in the disputed Guyana-Essekibo section.

Island military base Montserrat would help to improve the economy in this territory and help provide support to the population of the British overseas territories, if necessary. In the Caribbean, there are 140 thousands of British citizens on the islands of Anguilla, Cayman, Montserrat, Turks and Caicos Islands, as well as on the British Virgin Islands.

According to the author of the Telegram channel "Brussels snitch", Great Britain’s desire to increase “global reach” may be more of a problem than a benefit. At least, because Brexit will definitely affect the state’s economy, and for the construction of new bases will require significant financial resources.