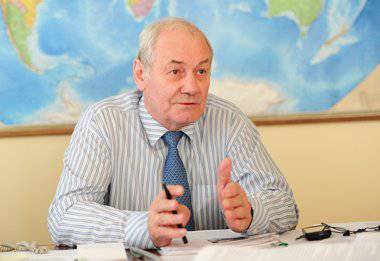 Laurent Fabius (French Foreign Minister. - Approx. KM.RU) should pay attention to history. What France has done with its NATO allies, Libya, is murder. Destroyed Yugoslavia, Iraq, Libya ... These are predators who constantly want human sacrifice, so they are now targeting Syria, Iran, etc. And the fact that France does not agree with the position of Russia is natural because they are trying to set their own standards of aggressors for all mankind, and those who resist it are declared enemies. I think it's good that the French official declares Russia, in fact, his enemy. It is possible that some high-ranking officials will sober up in our power.

Unfortunately, events will evolve according to the plans of the operation, which was conceived in Washington, and carried out by NATO. However, what happened a few days ago in Beijing, at the summit of the Shanghai Cooperation Organization, shows that China, Russia, India and other SCO countries do not just condemn, but actively resist. Therefore, the operation to destroy the Syrian state is already bursting at the seams, and in a panic they are beginning to look for new enemies and new ways of loosening and overthrowing the stable Syrian regime. I repeat, they panic, and Moscow needs firmness and determination. We must spit in the direction of the US State Department. They are trying to accuse us of something, to threaten sanctions against our companies, but we just need to spit and end the conversation with them.

Meanwhile, Assad behaves as he should behave. This is supported by the majority of the people. There is a clear external interference in domestic political events in Syria. I witnessed this when Bashar Asad proposed a large reform project, and the ambassadors of the United States and France rushed into the city of Homs and publicly urged the opposition not to make contact, not to discuss the project, etc.

Last June, I was just sitting by Bashar Assad. We sat, talked, and they report to him that the ambassadors of France and the United States, contrary to all international norms, the Geneva Conventions, rushed there without anyone’s permission and publicly speaking there, campaigning not to compromise and not to seek stability. Everything! Explicit intervention. The special services are detaining a group of militants, and the French ambassador rushes with the words that French servicemen have been detained. How did they get there? .. Further: now France and Europe as a whole are allocating new millions of euros to supporting the opposition. What does this mean? It is simply an intervention to maintain and develop the civil war.

Will the Assad regime last? I think, yes, if the Shanghai Cooperation Organization will now be actively working and launching a diplomatic offensive. There is no need to justify that we are doing something wrong, but we need to convene the UN Security Council, demand consideration of the issue of the violation of international peace by the United States, France and other NATO members, that is, make them justify themselves. Today, they accuse all those who do not want war, and thereby assert their rightness, and they need to be exposed and put before humanity exactly as aggressors, as those who violate the Charter of the United Nations. They are doing everything to explode another state and the arc of instability has become global. We need to blame them.

Now, after such statements, I would limit political and diplomatic activities with France. Return them "Mistrali", and they let them return the money for it, and so on.