Acts of Nikita the wonderworker. Part of 3. Khrushchev and the "non-aligned"

March 1 2019
59
It all began with the debunking of the "personality cult" of Stalin. This idea of ​​Khrushchev, designed primarily to whitewash him and his closest associates, immediately scared away those who were not going to give up this legacy, no matter how scary it was. They were the first to leave their own - the Communists, followed by those who had little to do with Moscow. 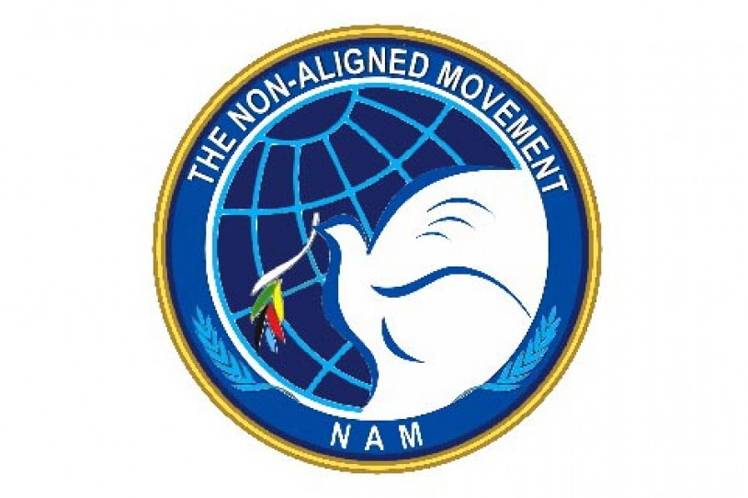 Today, few people remember that it was the West that was the first to support the Non-Aligned Movement - a project launched by the Yugoslav leader Josip Broz Tito at that time. The idea was to protect the young postcolonial countries from the influence not so much of the United States and NATO, as the USSR and its allies.

Soon, in November 1959, US President John F. Kennedy went on a short “rest” to the shores of Croatian Istria - on the Brioni Islands, directly to the residence of Marshal Tito, after which Yugoslavia, together with India and Indonesia, initiated the creation of the Non-Aligned Movement in the status of a multilateral interstate structure .

By that time, Khrushchev, even having officially apologized to Yugoslavia for “Stalin’s excesses” in relation to the country and personally its leader, I. B. Tito, could not involve her in the pro-Soviet socialist camp. At the same time, the Federal People's Republic of Yugoslavia still participated in the NATO-sponsored Balkan Security Pact, and together with NATO members Greece and Turkey.

Khrushchev and Brezhnev, it seemed to them, were able to establish a very friendly personal relationship with Tito, but that did not help either. 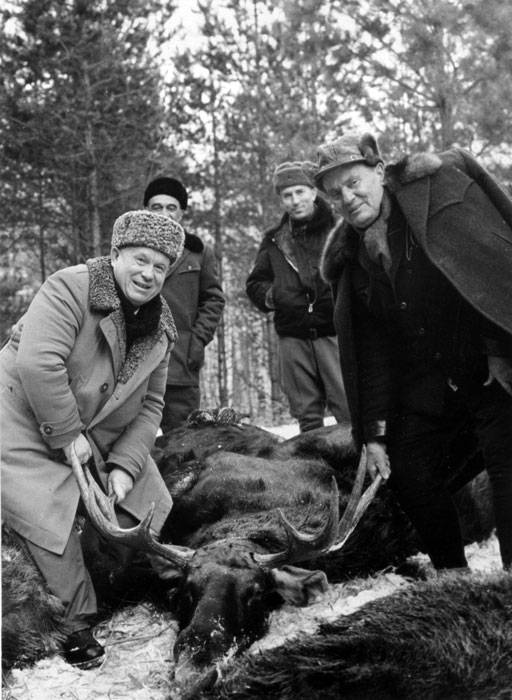 Belgrade has not joined the Council for Mutual Economic Assistance (CMEA) or the Warsaw Pact. In addition, the marshal regularly stubbornly refused Moscow in its requests to temporarily provide the USSR and the Warsaw Pact naval bases in Split, Bar or Zadar. This happened during the Suez (1956) and Caribbean (1962) crises, as well as during the 1967 and 1973 Arab-Israeli wars.

Yugoslavia went even further when it condemned the invasion of Soviet and Allied forces in Hungary (1956), Czechoslovakia (1968) and Afghanistan (1979). They did not hesitate to provoke military excesses on the border with Bulgaria from Belgrade, accusing it of preserving the “Great Bulgarian” claims to Yugoslav Macedonia.

It went so far that the leadership of the FNRY did not in the least embarrass the maintenance of diplomatic relations and tight economic ties with the Pol Pot regime in Kampuchea-Cambodia. Finally, Tito personally defended the need to maintain something like a “cold peace” with the Pinochet regime in Chile because he did not want to break the treaty with the United States. It was concluded in 1951 year and was called very characteristic: “On mutual security provision”.

Meanwhile, the Belgrade Intergovernmental Meeting of Yugoslavia, India, Egypt, Indonesia and Ghana in September 1961 announced the creation of the Non-Aligned Movement. Over the next 25 years, the overwhelming majority of developing countries joined it, including many countries that had just ceased to be colonies. Many decisions made within the framework of the Movement were not easy to implement for obvious reasons. But financially, at the expense of special concessional loans from states or financial structures of the West, many developing countries often received substantial financial assistance. 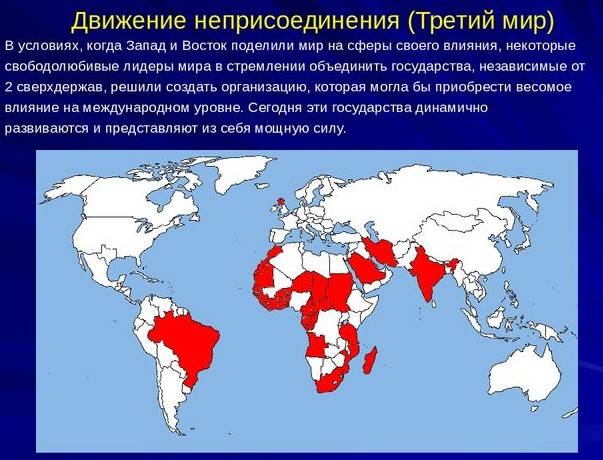 Officially, Yugoslavia, India and Egypt were the leading actors in the relief, to which the United States and European countries turned their face immediately after the death of Gamal Abdel Nasser. At the same time, those countries that in some periods were in confrontation with the USSR, the PRC and their allies — for example, Pakistan, Sudan, Somalia, Indonesia, the Ivory Coast, the Dominican Republic, Thailand, the Philippines and Oman — were especially favored.

In fact, the organization of the Non-Aligned Movement in 1961 was provoked by the Soviet leader Khrushchev. At that time, the party publications of the USSR actively, even aggressively criticized the new “revisionist” program of the Union of Communists of Yugoslavia. And Khrushchev, who was clearly dissatisfied with Belgrade’s refusals from the CMEA and the Warsaw Pact, ordered that the Stalin anti-Yugoslav thesis 1948 of the year be included in the CPSU Program, approved by the 22nd CPSU Congress.

Recall that this clause of the CPSU program read: “Revisionists actually play the role of peddlers of bourgeois reformist ideology in the communist movement. Revisionists deny historical the need for a socialist revolution and the dictatorship of the proletariat, the leading role of the Marxist-Leninist party, undermine the foundations of proletarian internationalism, slide into nationalism. The ideology of revisionism found the fullest embodiment in the Program of the Union of Communists of Yugoslavia. ”

It is noteworthy that the Yugoslav Communists updated the program in 1958, that is, 10 years after the “Stalinist” thesis, but this did not bother Khrushchev.

The creation of the Non-Aligned Movement was largely due to the two-faced position that Khrushchev occupied at the beginning of the 60-s with regard to Patrice Lumumba. It was one of the most authoritative political figures of Africa, the first president of the former Belgian Congo - the main pan-African raw materials "box" and the largest geographically African country.

In September 1960, in view of the intervention of NATO countries in the Congo, P. Lumumba asked the USSR to send Soviet military advisers and military-technical assistance to the country. However, Moscow delayed with an answer, which soon led to a coup in Kinshasa. Patrice Lumumba was arrested by foreign mercenaries and shot on 17 on January 1961. Subsequently, they tried to somehow play this “puncture” in Soviet culture, gave the name Lumumba to the University of Friendship of Peoples, created him an image of a hero, including in a movie, but the story, in contrast from the movie, you can’t twist it back. 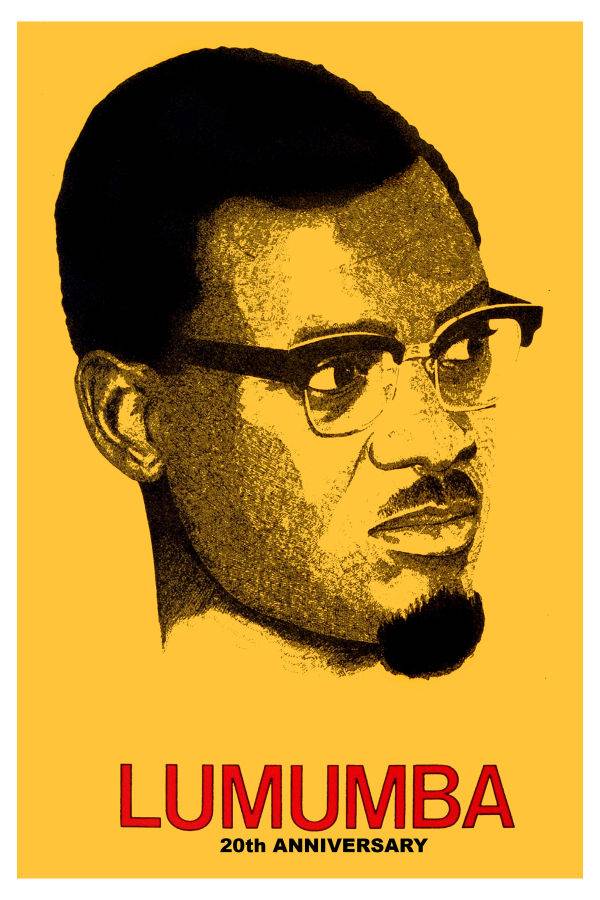 The Belgian historian and political scientist Lüde de Witte is convinced that “the USSR imitated confrontation with the West in the Congo was indifferent to the fate of Lumumba and other left-wing nationalists of the Congo. The Kremlin did not want to unconditionally support Lumumba, for it would not agree to a "replacement" of the Belgian concessions by the Soviet. But the defeat of the Congolese anti-Western movement was a crushing blow to the geopolitical and ideological positions of the USSR, but not to conservative bureaucrats from the Kremlin, deprived of a vision. Since they treated Lumumba and his supporters as junk, opportunistic things. ”

The split of the international communist movement at the turn of the 50-60-s of the last century was no less crushing blow for Moscow. As the leader of the anti-fascist resistance, the long-term leader of the Communist Party of Greece, Nikos Zachariadis, noted, “Tito’s domestic and foreign policy proved the validity of the Stalinist position regarding Titov’s revisionism, therefore the overwhelming majority of the Communist Parties did not follow the Titoans. But the indiscriminate criticism, and then Stalin's defamation by the majority of his own comrades, led by Khrushchev, which in addition was not coordinated with foreign socialist countries and Communist parties, split the international communist movement. National liberation organizations were also ideologically disarmed and postcolonial countries were discouraged. ” 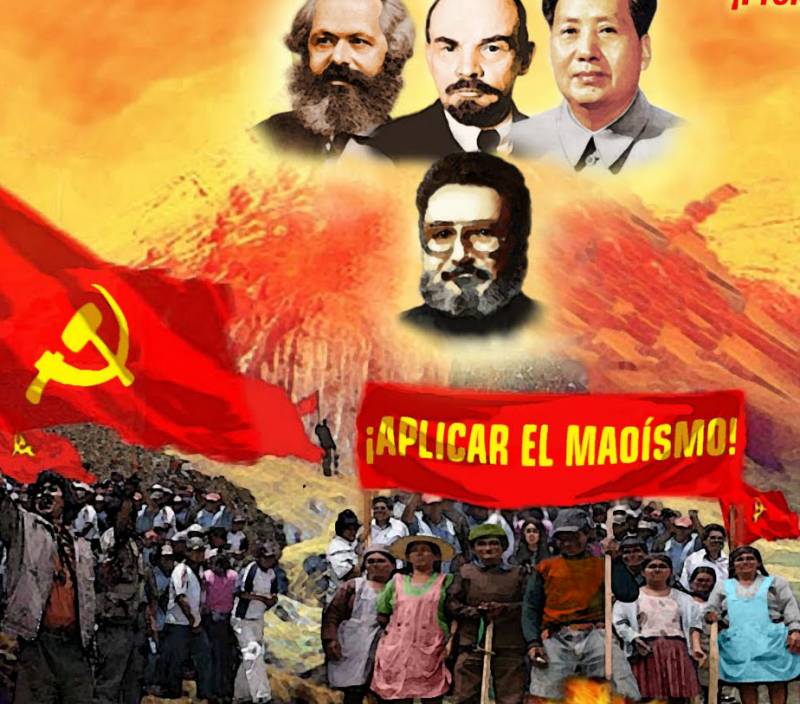 The consequences of such a policy, according to N. Zachariadis, were able to shake the foundations of socialism and the ruling communist parties themselves in the USSR and other socialist countries. Therefore, “public criticism of the Khrushchev anti-Stalinist line from China, Albania and a growing number of foreign communist parties, on the one hand, is correct, but on the other, it is beneficial to the imperialists, colonizers and revisionists.” Is it any wonder that the Kremlin will not forgive such a Zachariadis? Under pressure from Khrushchev in April 1956, he was dismissed from his post as head of the Communist Party of Greece and soon exiled to Surgut. There he remained in the Brezhnev period, committed suicide in 1973 there too ...

In the course of the protracted controversy of the Central Committee of the CPSU with the Central Committee of the Communist Parties of China and Albania, Mao Zedong predicted Khrushchev as early as 1962: "You started by discrediting Stalin and ending the work by destroying the CPSU and the USSR." And so it happened ... The head of the then Council of Ministers of Albania, Mehmet Shehu, announced in May 1961 about the formation, together with China, of a bloc of communist parties that reject anti-Stalinism. Khrushchev reported this at the XXII Congress of the CPSU in an offensive manner: "... what Sheha recently blurted out about a bloc of anti-Soviet communist parties shows that Albania is working on 30 silver coins from the imperialists."

2 March 1964 was the first meeting of 50 leaders of foreign communist parties in the Albanian capital Tirana, which broke ties with the CPSU after the anti-Stalin XX and XXII CPSU congresses. The meeting participants immediately reoriented to the PRC and Albania. It is significant that by 1979, the number of such communist parties exceeded 60. That is, the split of the world communist and national liberation movements, provoked by those congresses, continued to worsen. And this, of course, weakened the geopolitical position of the USSR, which was used to the full in the West. It is characteristic that the majority of pro-Chinese communist parties still exist today, unlike the “post-Stalinist” ones that were created at the suggestion of Moscow, but by the end of Gorbachev's “perestroika” together, with a few exceptions, went into oblivion.

In the middle of the 60s, despite the fact that Khrushchev had already been dismissed from all posts, the situation “reached” the break in Soviet-Albanian relations, the attempted coup in Albania, as well as the scandalous recall of Soviet specialists from the PRC. And then, as you know, there were military conflicts on the Soviet-Chinese border near Damanskiy Island and on Zhalanashkol Lake. In the meantime, meetings of the Stalinist-Maoist communist parties and national liberation movements have been held regularly in China or Albania, once every two to three years. Twice, on the eve of the 90 anniversary and the 100 anniversary of the birth of Stalin, these meetings were held in the southern Albanian city of Stalin, which they renamed “Kuchova” twice historically.

In the Marxist forums, there was usually no stone unturned in the condemnation of Moscow’s anti-Stalinist policy, but critics also got to Belgrade. And in the documents of these forums it was repeatedly stated directly or indirectly that the policies of Khrushchev and his “followers” ​​were coordinated with the imperialists, being aimed at a gradual rebirth and then the destruction of socialism and the communist parties, and not only in the USSR.

It is well known that since the end of the 80-s, Beijing has been pursuing a “super-cautious” policy for a number of economic and geopolitical reasons in relation to foreign Stalin-Maoist communist parties and national liberation movements. Thus, the latest official information on a similar meeting described above is dated as early as April 1992. Prepared by Deng Xiaoping and Kim Il Sung, it took place in Korean Pyongyang. The final document of the forum, based on Kim Il Sung’s speech there, aims at “the inevitability of the restoration of genuine socialism in countries where he suffered a temporary defeat as a result of the rebirth of 1950’s - the middle of 1960’s party-state structures”.

At the beginning of November 2017, a conference was held in Beijing with the participation of representatives of the CPC, as well as almost forty foreign Marxist-Leninist parties and organizations dedicated to the 100 anniversary of the Great October Socialist Revolution. About Khrushchev on it, judging by the published materials, not a word was said.

Ctrl Enter
Noticed oshЫbku Highlight text and press. Ctrl + Enter
We are
Chernobyl notebook. Part of 3Myths of the Great Patriotic. Did Stalin have prostration in the first days of the war?
Military Reviewin Yandex News
Military Reviewin Google News
59 comments
Information
Dear reader, to leave comments on the publication, you must to register.