Military threats for new gas pipelines of the Russian Federation

February 28 2019
56
Russia is consistently increasing its presence in the gas market in Europe. In 2018, the share of Russian gas increased to 36,7 percent, which is two percent more compared to 2017. 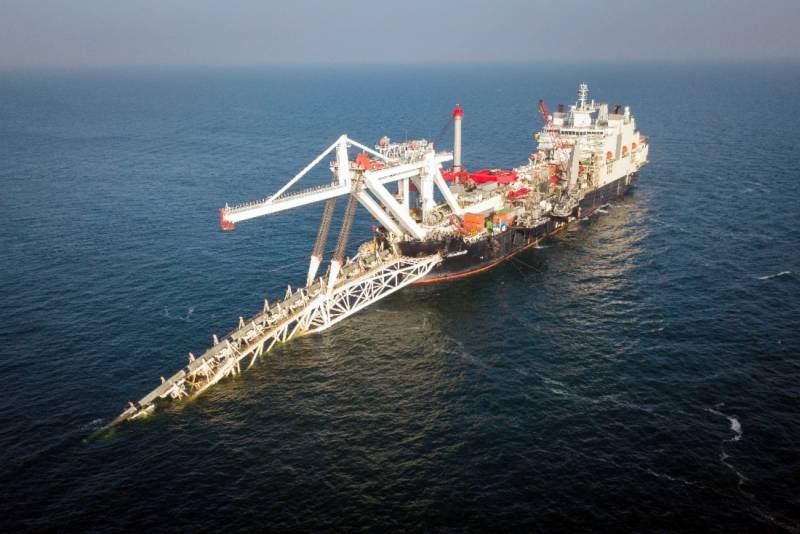 In absolute figures, Gazprom also breaks records: exports to the European Union and Turkey amounted to over 200 billion cubic meters. However, not everything is so smooth: the Russian Federation and its main European clients are in actual dependence on political relations with the Russian Federation on the part of individual countries through which the blue fuel is transited. Not all of them have friendly relations with the Russian side.

In order to increase the volume of supplies (in which many EU countries are interested in the strength of the closure of coal mines and the dynamic development of environmental trends), Russia is building two new gas pipelines. One of them, Nord Stream-2, will go into operation within the next year. The second, “Turkish Stream,” should earn at full capacity no later than 2021.

The emergence of these two gas arteries is caused by a chorus of angry voices of regimes, in whose interests the very appearance of a new pipe beats. The voice of Ukraine is heard the loudest - it is losing the most powerful lever of pressure on the Russian Federation. In addition, it is also a serious source of income for the poor neighbor's budget - losses can be on the order of 3 billions of dollars a year.

North Stream-2 "is a much broader problem than just a gas issue. It concerns the security of Ukraine and it would not be an exaggeration to say that for us it is a matter of survival.
- said Andrei Kobolev, Chairman of the Board of NJSC Naftogaz of Ukraine.

The US is trying to reduce the importance of Russian gas for Europe and crush this market for itself. There have already been threats to use sanctions against German companies operating on laying a gas pipeline to the EU.

Poland also attempted to block construction: in its opinion, a “military threat” emanates from the gas pipeline. And where there is a military threat, there, perhaps, its reflection with the help of weapons. Is Poland ready for such a confrontation with Russia?

What Kiev holds back is the opportunity to lose even more. And not even because of a possible response from Moscow - Kiev is confident that with the confrontation with the Russian Federation, NATO, the US and the EU will take its side. However, Europe’s interests come into play here - it needs gas, gas is cheap, and more than the suppliers are ready to offer now. 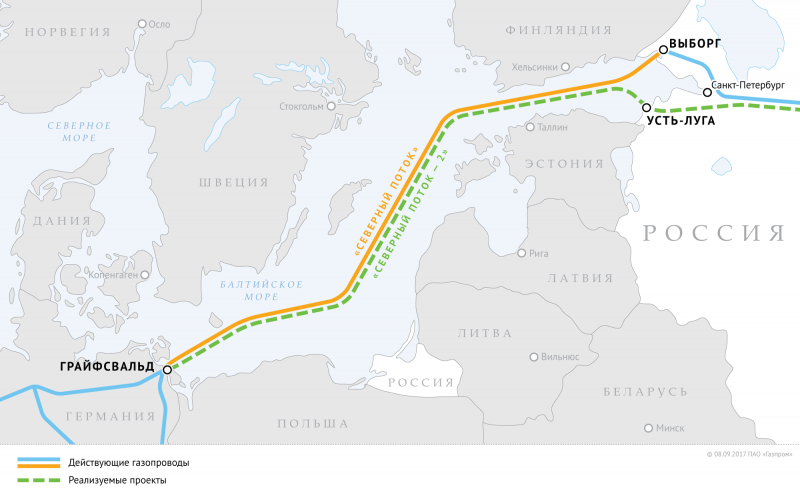 Any military (or near-war action) against the Russian gas pipeline will hit directly on the interests of Germany and France. And this is a guaranteed loss of credits for which Ukraine now lives. However, the likelihood of such a development is still there.

The strike can be inflicted by the Ukrainian radicals, who are little controlled by the current Ukrainian government. Despite all attempts to use them, chaos cannot be kept within the framework. You can easily give examples of how the control and use for their own purposes of revolutionaries in Russia, the Nazis in Germany, the “democratic rebels” in Syria turned against the interests of the puppeteers themselves.

Ukrainian radicals may have their own opinion about the Russian gas pipeline. And as practice shows (in the same Egypt, the gas pipeline from Israel was regularly destroyed by the militants before the actual shutdown of supplies), strike terrorist tactics may well work. The organization of such an underground, especially considering the abolition of visas with the EU, is only a matter of desire and means.

The second option is when such groups will be managed directly from Kiev, including through the Ukrainian special services. And this is possible in the case of a direct or indirect conflict with Russia, like a sharp aggravation of the situation in the unrecognized republics of Novorossia. In the event of this scenario, Kiev will try to inflict serious damage on Russia.

The United States, like Poland, is prone to adventures, but not so much. In the sequence of actions of Donald Trump, the position of a businessman is clearly visible: which means war, first of all, by economic means, and the ability to negotiate.

A good example is the situation with China, where the United States actually won the trade war, in whose victory everyone doubted, and Trump's negotiations with Kim Jong-un, built on the principle of a thin world, are better than a good quarrel. The United States will exert pressure, include sanctions, perhaps saber-guns. But not more. Too great a risk to get involved in a serious mess, and Washington will hardly want to spoil even more relations with Germany and France.

Poland, hiding behind loud anti-Russian rhetoric, is primarily interested in reducing the price of gas for it. And the interest is purely economic - the White House promised European countries favorable conditions, the opportunity to become a gas hub. Here are the Poles and try.

However, the main threat now comes not from ordinary states. The “Islamic state” (organization is prohibited in the territory of the Russian Federation) is broken, the caliphate did not take place. But not all terrorists are captured or destroyed. There is Europe, whose natives, having fought in the Middle East, return home to wreak havoc - and awaits us история not one and not two "sleeping cells". There is Turkey, where thousands of militants are still hiding among Syrian refugees.

Striking a pipe by Islamists is a matter of time. Perhaps the only thing stopping potential terrorists is a small number of potential victims. However, sooner or later there may be a head that decides that it will be an interesting story to hit the economic interests of civilization. And in the readiness of the same Islamists from the IS to go to the terrorist provocations no doubt. That is why the military threat to gas pipelines passes into the plane of terrorist threat.

Ctrl Enter
Noticed oshЫbku Highlight text and press. Ctrl + Enter
We are
A number of EU countries refused to transit gas from Europe to Ukraine10 Russia's largest projects in 2012: samples for industrialization, but not herself
56 comments
Information
Dear reader, to leave comments on the publication, you must to register.