Do you need guest workers of the Russian army? 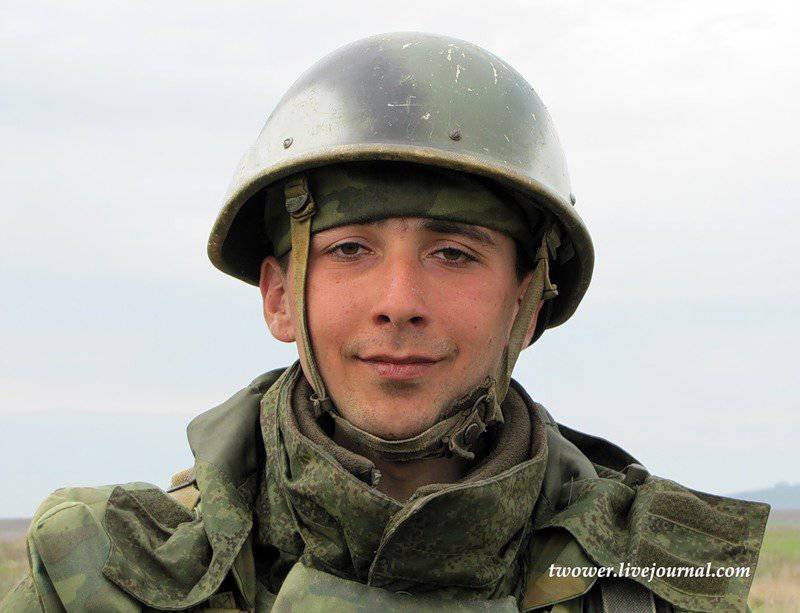 Now it is no secret to anyone that Russia is in the so-called demographic hole. Therefore, the spring call, currently underway, is on the verge of failure. Before 15 July, it is planned to put "under the gun" more than 155 thousands of young citizens of the country. According to the available information, more than 30% of potential recruits are recognized by commissions unfit for military service, and 57% of recruits already sent to the troops have limitations on service due to their state of health.

The Ministry of Defense is looking for a way out to fill the shortcomings of the armed forces with private and non-commissioned officers, which is currently about 37%. The defense department sees a fundamental solution to this problem in speeding up the fulfillment of the presidential instruction of the Russian Federation on the transition to the formation of an army on a contract basis.

The idea, perhaps, is not bad, but with the execution it does not matter: young people do not seek to join the ranks of the defenders of the Fatherland. Without eliminating the reasons for the lack of service motivation in the ranks of the Russian army, the problem of lack of professional military personnel cannot be solved either.

For a long time, the defense ministry has been violating its obligations to pay cash allowances to servicemen in full and in full. Despite the measures taken to control the public over the service of conscripts and contract servicemen, the army did not get rid of the presence of non-statutory relations.

The failure of the initiative of the former Minister of Defense, S. Ivanov, to draw into the army citizens of foreign countries, offering them the possibility of obtaining Russian citizenship. The defense ministry's specialists believed that the Russians, who lived on the territory of the countries of the former Soviet Union, as well as Tajiks, Belarusians and Ukrainians, would go to serve in the Russian army in the first place.

In fact, around 300 contract soldiers from the CIS countries serve in the army, which is the maximum result of this idea. Basically, foreigners carry their service on the territory of their states as part of the Russian contingent. Since foreign citizens serve in the ranks of the Russian army, not swearing allegiance to the country, having the duty only to carry out the orders of the commander and abide by the articles of the Constitution, they can be equated to mercenaries. By the way, most of these contractors come from Central Asia.

Even of the most economically unstable countries of the former Union (Ukraine, Armenia, Azerbaijan, Belarus), young people are in no hurry for Russian citizenship. After all, besides the “deferred citizenship”, the Russian side does not offer any benefits to foreigners. You will have to live, at best, in a dormitory or in rented housing (which means you should defer part of your salary to pay). Going home for a vacation is not paid. The family of a foreign legionary is practically deprived of social security.

One more problem. In no country in the world do citizens of this country serve in those units where legionnaires serve under contract (except Israel, where citizens with dual citizenship can serve). According to the head of the Ministry of Defense, the presence of foreigners in the ranks of military units will require constantly to divide the tasks into secret and unclassified.

The sad outcome of this idea was predictable for another reason. Attracting foreigners into the ranks of the army for the possibility of obtaining citizenship is not new, only this "bait" is not enough. The Ministry of Defense pretends not to know that there are a whole range of benefits for foreign legionnaires in other armies of the world: tuition fees, housing, social benefits and family benefits, etc. - the absence of such benefits for Russian contract servicemen from other countries can be written into the baggage of miscalculations of the Russian defense ministry.

The experience of attracting foreign players has been successfully implemented in France, Spain, and the USA. According to experts, they are the most combat-ready units of the armies of these countries.

The Ministry of Defense is also planning, in the likeness of the French Legion, to create combat units that consist entirely of foreign fighters. What comes out of it - we'll see. According to political scientist Yevseyev, Russia lacks resources for this.

Another initiative of the Ministry of Defense (following the example of the American “poor recruitment”) is to draw into the ranks of Russian contract soldiers young people from the provinces of the country, where the economic situation is so complex that it will force them to go and serve in the army for the sake of survival. To this end, the government has increased the payment of "service people" to 25 thousand rubles. The question is whether the young, healthy guys are ready to live in the barracks or in rented apartments (it is unlikely that the sergeants and the rank and file of the Defense Ministry will allocate office apartments). Will the professionally trained, educated citizens of Russia want to prefer the army service to work in commercial societies (even if they move to another region of the country or to another state where these specialists are in demand)?

A military expert, president of the Academy of Geopolitical Problems, General L. Ivashov, believes that currently recruiting professionals into the army is doomed to failure. Sergeants should not be taken from the street, but brought up and raised inside the operating combat units. For any contractor, it is necessary that in his career material benefits be visible for years to come, and the Russian military department is not ready to assume such obligations.

There is a big doubt that the defense ministry will be able to solve the problem of a shortage of qualified personnel by moving to a contract system of army formation. Salaries, even increased, remain at a beggarly level. Housing contractors are not provided. Not regulated working day contract. While in parts the contractors are in the position of conscripts, and their provision leaves much to be desired. For example, in Belarus, contract servicemen receive a much higher salary than in Russia, and they are provided with official housing.

According to analysts, instead of relying on the involvement of migrant workers in the army, it is necessary for their own citizens to create such conditions of service that they consciously and willingly hold positions in the Russian army and on navy.

The geopolitical, economic, demographic situation requires the reform of the country's armed forces. In reality, it will take years to create a mobile, well-armed, efficient Russian army. No one denies that it is necessary to begin with the formation of a well-thought-out legislative framework that allows such a complex mechanism to function with complete dedication as the army of a great state. It is necessary to carry out a lot of organizational measures to create an effective structure of the armed forces, to fill it with highly professional specialists, to modernize and computerize all levels of the military-industrial complex, to increase the level of military scientific developments, to clearly define the material remuneration of contractors, and most importantly, to foster in the younger generation a love for their Fatherland and desire protect her.