February 23 2019
40
The second in the series submarine "Kronstadt" of the 677 "Lada" project will be put to the test this year. This was announced by Admiral Vladimir Korolev, Commander-in-Chief of the Navy, during a visit to the Rubin Central Design Bureau. 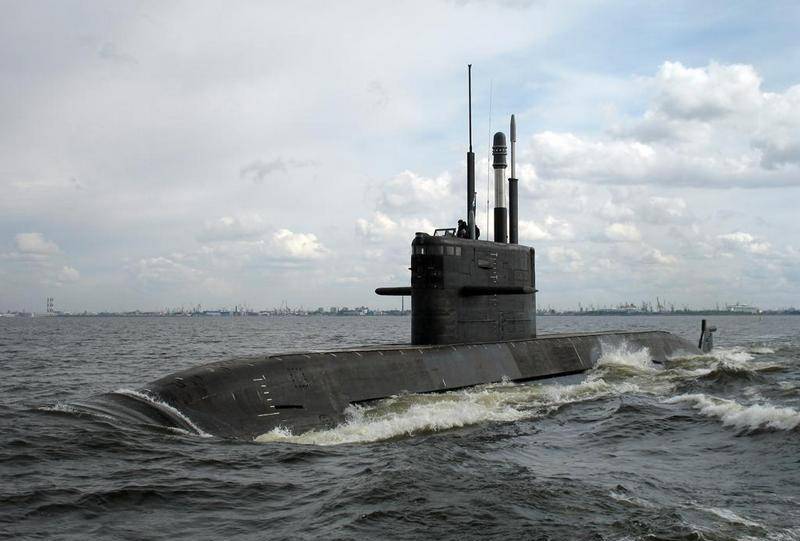 According to the admiral, the submarine "Kronstadt" of the 2018 project launched in September 677 of the year will be put to the test in the 2019 year. Serial construction of Lada-type submarines will be continued.

At the present time, another submarine of this series is under construction at the Admiralty Shipyards - “Great Luky” diesel-electric submarines. The transfer of the Kronstadt and Great Bows to the Navy is scheduled for 2020 and 2021, respectively.

Submarines project 677 type "Lada" refers to the fourth generation of diesel-electric submarines. Their surface displacement is approximately 1,75 thousand tons, under water they can reach speeds up to the 21 node. Armed "Lada" in particular, Caliber missile systems. The crew has 35 people. The main boat of the 677 project is "St. Petersburg".

We are in Yandex Zen
Five new diesel-electric submarines will receive the Navy in 2015 – 2017
The contract for the resumption of construction of the submarine "Kronstadt"
40 comments
Information
Dear reader, to leave comments on the publication, you must to register.