Ukraine turns into a plague ghetto

February 18 2019
61
In the DPR, there is a surge in measles disease. Only last week in Donetsk, 16 people, including 9 children, became ill. Since the beginning of the year, the 84 case of measles has fallen ill in the republic. The situation in the LC is less alarming, however, 6 cases of measles have already been recorded this year. A similar problem in Russia: there is also noted a sharp jump in the disease. The source of infection is easy to determine: the wind spreads from Ukraine. 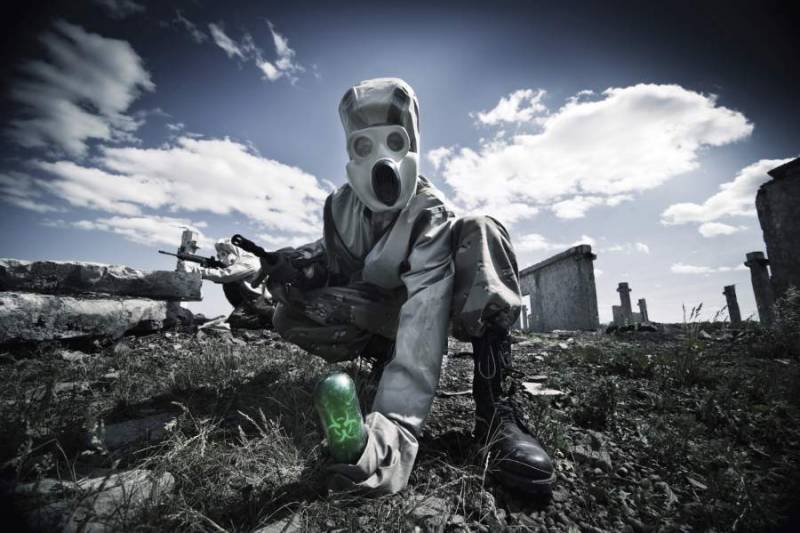 Ukraine is turning into a biological bomb after the coup in 2014, Kiev refused to buy Russian measles vaccine. Instead, the vaccine promised to buy in Europe, but the money for this action has not been allocated. No wonder: from time to time there was not enough money for vaccines even in the times of Yanukovych, what can we say about Poroshenko’s much more thieving regime!

Routine vaccination was thwarted in Ukraine at the beginning of the last decade, but after refusing to purchase a Russian vaccine, the spread of the disease became shocking. The statistics of the Ukrainian Ministry of Health is terrifying: in 2016, in the Ukraine, 102 had a person who had measles. The 2017 is already 4782, with 7 deaths observed. In 2018, the number of cases was almost 54,5 thousand.

This year 8,5 has already been recorded in thousands of cases - the rate of spread of the disease is 400-500 people per day. While maintaining this dynamic, the number of cases by the end of the year will reach 150 thousand people. It should also take into account the possibility of deliberate underestimation by the Ukrainian Ministry of Health, headed by Uliana Suprun.

Doctors fear that Ukrainian migrant workers, as well as residents of the LDNR, who are visiting Ukraine, may provoke the spread of measles in Russia and the New Russia republics. And Donbass remains the most vulnerable in this situation - the consequences of the disorderly policy of the Ukrainian presidents and the gaps in vaccination may be affected.

It is hardly possible to close the line of demarcation - the same people of old age who regularly travel to Ukraine for pensions, will take this initiative extremely negatively. At the same time, it should be borne in mind that universal compulsory measles vaccination among children began in the USSR in 1968-1973, so that people born before this period may well not be vaccinated, which means they may become infected. And it will not be possible to vaccinate them any more - vaccination against measles of people older than 55 is prohibited for years.

It would probably be logical to have a total check of all persons crossing the border with Ukraine for the presence of a vaccination card, but there is almost no doubt that the relevant documents will immediately appear on the black market in the same Ukraine. In addition, there are no guarantees that Ukraine will not start the mass spread of other dangerous infectious diseases - in particular, Ukraine has long been a leader in the spread of tuberculosis. Therefore, to think about sanitary and epidemiological security is necessary today.

This is scary, but it may well be a situation where the border with Ukraine will nevertheless have to be closed (or its crossing as much as possible). Otherwise, a country gradually turning into a plague ghetto may well become a source of serious biological danger. Ukraine has already become a breeding ground for the brown plague - no matter how the black plague appears!

Ctrl Enter
Noticed oshЫbku Highlight text and press. Ctrl + Enter
We are
Anti-aircraft missile system C-400 Triumph against the Patriot
61 comment
Information
Dear reader, to leave comments on the publication, you must to register.