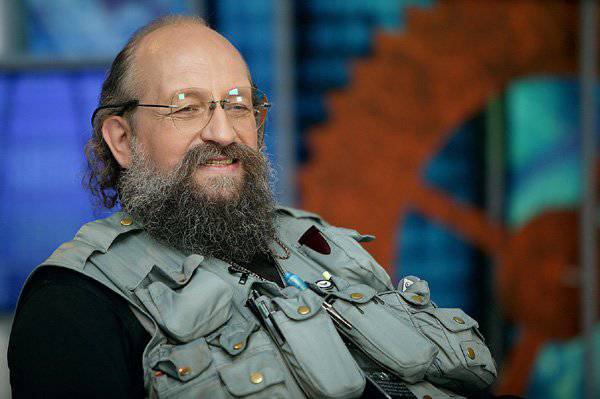 The Presidential Council for Nationalities is a new thing. In the same sense in which he used this word, Jacques Pesce — the writer of memoirs on behalf of Mademoiselle Rosa Bertin, the personal dressmaker of Queen Marie Antoinette. According to court etiquette, the queen had to appear in public each time in a new outfit. According to Pesce, once Berten didn’t have time to create another masterpiece and hastily reworked something from the royal wardrobe, and a reminder of etiquette was countered by the “New - well forgotten old”.

Structures on affairs of nationalities in the domestic government have existed since time immemorial. I don’t dare to understand the changeable management system of pre-revolutionary times, let me remind you only: in the first Soviet government, the people's commissariat for national affairs acted, created and headed it (concurrently with many other useful affairs) Joseph Vissarionovich Dzhugashvili. True, the 1923.07.07 Commissariat was abolished, but only because its duties were taken over by an elected body - the Central Executive Committee of the Councils of the Union of Soviet Socialist Republics established by 1922.12.30.

By the way, Dzhugashvili himself objected to the establishment of the Union in the form of a confederation, preferring to pour all the fragments of the Russian empire into the united Russian Soviet Federative Socialist Republic. Later experience justified his point of view: the collapse of the Soviet Union happened formally on the basis of the right of the Union republics to self-determination.

True, Vladimir Ilyich Ulyanov, insisting on the confederative structure of the post-imperial country, had its reasons: The civil war contributed to the formation of freemen on the ground, wishing to preserve their privileges in peacetime.

Let us recall at least some (alas, I remember far from all) the demands of the Georgian national-communists: to leave in Georgia all taxes collected in it, but to grant it the right to subsidize it from the Union budget as needed; allow the Georgian government, at its own discretion, to deport any citizen of the USSR outside the republic and to dissolve mixed marriages; automatically deprive Georgian citizenship of a Georgian woman who married a person of a different nationality. Mikael Nikolozovich Saakashvili is only creatively developing some - far from everything - traditions of his predecessors.

A multinational empire is always experiencing difficulties that are absent in a mono-national kingdom. But she has much more opportunities. Not to mention the benefits of cross-fertilization of diverse cultures, let me remind you of the purely economic side of things. The division of labor increases its productivity. The larger and more diverse the society, the greater the division of labor in it, the more every citizen can do for others and receive from others.

True, there are many possible formats of multinationality. However, all of them are distributed between two extremes - colonial and continental. Moreover, intermediate variants rather quickly evolve to one of these extremes.

In the colonial empire, the number of representatives of the metropolis is negligible compared with the number of inhabitants of the distant (most often overseas) colony. The help is almost impossible: until the second half of the nineteenth century, the message to the metropolis about the possibility of rebellion often lasted several weeks, and the collection and sending of reinforcements took months. In such conditions, the only way to keep the colony in submission - continuous cruel suppression. Any opportunity to even think about disobedience is destroyed (along with its carrier) - not to mention taking control in place of colonial administrators.

In a continental empire, nations have long been living side by side and for centuries have been developing mutually acceptable formats of coexistence. Inevitable besperelschikov - like the Basques or Chechens - most often by joint efforts put pressure on all the neighbors, gradually accustoming them to a way of life that is safe for others. The tasks of the imperial administration are to organize the interaction of regions distant from each other and to maintain order so that the peoples do not divert themselves from the cause to the fight against lawlessness.

Often I give an example of the distinction between the two types of empires. When the top conspiracy forced Nicholas II Alexandrovich Romanov to abdicate the Russian throne - an exemplary continental - empire at the height of the First World War (and even when victory with the coveted Black Sea straits loomed as a trophy), the Emperor was only two generals from cavalry (which corresponds to the current general of the army and the marshal of the armed forces): the German Lutheran German Fyodor Arturovich, Count Keller, and the Armenian Azerbaijani Mus Ulmanin Huseyn Kelbalievich Khan Nakhichevan. In the same war in the allied Russian British and French - exemplary colonial - empires, even a colonel of foreigners was unthinkable. But the Basques and Bretons in France, the Welsh and the Scots in England - the people who joined in the format of continental empires - were perceived as their own, used almost equal opportunities.

Now we are diligently pushed onto the path of the colonial empire. Let us recall at least how often (as Andrei Ilyich Fursov put it) SMRAD - mass media advertising, agitation, misinformation - scornful names of representatives of ethnic groups, whose native lands were cut off from Russia in the devastating 1991, flash. Yes, and the ethnic diversity of the current Russian Federation was awarded many equally scornful nicknames. In Soviet times, such behavior of a journalist was impossible not only because of strict censorship, but also thanks to decades of education and self-education. And not only the Soviet. In imperial times, too, was the inadmissibility of driving wedges along ethnic joints.

In addition, the growth of contradictions within the Russian Federation scares other nations and slows the revival of our united Russia in all its scope and diversity. So, such insults - not to mention shouts like “Stop feeding the Caucasus”, deceitful not only politically but also economically - are beaten not only in our present calm, but in our upcoming flourishing.

Hence the immediate priorities of the current version of managing the country's multicolor: restoring mutual respect; creating a system of suppression of provocations; ensuring the equality of all national customs (even Russian, even Chechen, or even Udmurt), to the extent that they do not infringe upon the legitimate and equal interests of the bearers of other customs; the use of the capabilities of each group in the interests of all the people The main addressees of these tasks are also obvious: the media (they will have to be largely restored from the current SMRAD, so the task will inevitably affect many government agencies); law enforcement and the justice system; coordinators of economic activities, who will encourage the creation of enterprises in each region that rely as much as possible on local identity.

It is clear that in the course of the revival - and even more so of development - of the country, the inevitable emergence of new causes for conflicts. The Council for National Affairs will have to constantly monitor that the reasons did not turn into causes. To do this, it is necessary not only to study the current situation, but also to quickly make new forecasts. The list of tasks given by me is inevitably and quickly replenished. But you have to start somewhere! I have long been guided by the motto: “while no one is doing, nothing is being done”. I think this applies to the authorities.