According to the results of HeliRussia-2012

14 2012 June
12
In mid-May, the fifth international exhibition HeliRussia was held in Moscow. This helicopter industry salon is not yet the same massive and famous event as MAKS, but over the past years it has clearly moved forward. In the pavilion of the Crocus Expo exhibition center, more than two hundred companies from 17 countries presented their products. It should be noted that three-quarters of the participating firms are domestic. From 17 to 19 in May, two dozen conferences, round tables and other similar events were held at the HeliRussia-2012 showroom. As you can see, the “digital” look of the exhibition looks good for the salon, which is held only for the fifth time and has not yet had time to win the corresponding popularity and fame. However, such relatively small salons are worth attention. Consider some of the results of the exhibition held in Moscow. 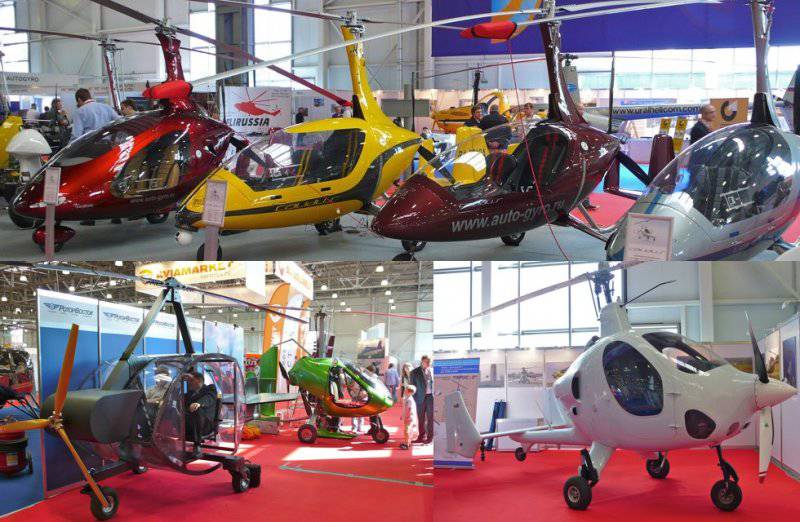 First of all, it is worth noting some features of the exhibition itself. While it can not compete with recognized flagships in the field of air shows, but at the same time, there is a noticeable increase in the number of participants. Another “confrontation” of the nuances of HeliRussia concerns technical innovations. Most companies, primarily foreign ones, are not specifically preparing for the Moscow event and so far are not in a hurry to present radically new technologies and developments on it, as is done at more famous and large-scale exhibitions. But the salon of the helicopter industry in Moscow is useful for small and promising companies: without much cost, they can demonstrate their achievements and find potential customers. In addition, large organizations can show themselves in the best light on HeliRussia. Given the confident and systematic expansion of foreign manufacturers of rotary-winged cars on the Russian market, an extra advertisement for Mi, Ka, and other helicopters. obviously not hurt.

So far, the advertising techniques of domestic helicopter builders are losing to the campaigns of foreign competitors. As journalist Yu. Vasilyev rightly notes, import firms gently and unobtrusively “put pressure” on potential customers, promoting one simple idea. Their advertising policy is based on the thesis "you can get what you want right now." At the same time, they not only offer their products, but also treat clients' initiatives with due respect. Quite an obvious approach to business in fact is only the future of the domestic industry. It so happened that the formation of the image, which will affect the number of contracts and, consequently, the income, it takes years. European or American helicopter builders have already used them with a name good. Russian producers, for the time being, have yet to create a positive image. And it will have to do in a fairly tough competition. Hopefully, regular salons in Moscow will benefit Russian companies. But the benefits of the exhibitions will not only be our helicopter manufacturers. For example, this year Sikorsky Aircraft Corporation took part in HeliRussia for the second time. Only until today, “Sikorsky” costs by showing layouts and distributing promotional materials. Full-size models, not to mention full-fledged helicopters, have not yet been brought to Moscow. However, even in such an “abbreviated program” it is not difficult to see the method of promoting your products. Americans simply create a good image for their helicopters. When the prospects of Sikorsky helicopters in Russia become clear, something more than small plastic models should be expected.

Our helicopter industry, judging by the visible things, prefers to interest potential buyers with new projects. Last year, in front of the MAKS-2011 showroom, the Mi-34C1 helicopter was such a “sensation” to attract attention. This deep modernization of the multi-purpose helicopter, created more than twenty years ago, was offered as a modern transport, passenger, etc. the aircraft. At the MAKS-2011 exhibition, this helicopter was quite popular among visitors, but almost no one spoke about it at HeliRussia-2012. The fact is that at the May event, the domestic helicopter builders made another new development, the Ka-62, the “nail of the program”. The main features of this multipurpose machine are rooted in fuel efficient French-made Turbomeca Ardiden 3G engines, in a comfortable bulky cabin and in new avionics with a domestic glass cabin. The stated characteristics of the Ka-62 helicopter are not fundamentally record-breaking, but by their totality it is a good machine of its class. The only complaint that can be made to it is unrepresentation. The beginning of the serial production of the Ka-62 is planned only for the 2015 year, and indeed such helicopters are needed now.

In general, domestic helicopters are quite capable of competing with foreign ones. The performance results of Russian Helicopters over the past year only confirm this. However, the Russian helicopter industry faces many challenges. The main one concerns engines. Unfortunately, while domestic engine builders cannot cover all the needs of aircraft factories. Therefore, Russian companies have to cooperate with foreign ones. The main supplier of imported engines is the Zaporozhye company Motor Sich. On this occasion, last year Motor Sich and Russian Helicopters agreed on supplies for the next five years. According to the contract, Zaporozhye engine builders will annually supply at least 270 turboshaft engines. However, Motor Sich cannot meet all the needs of the Russian helicopter industry. Therefore, it is often proposed to equip new Russian helicopters with European and American engines. For example, the engines of the French company Turbomeca and the American Pratt & Whitteney installed on Russian helicopters are no longer surprising. It must be admitted that a much older market aviation technology in these countries has a beneficial effect on the potential of these firms. Therefore, for lack of domestic products of the desired class, one has to be content with foreign ones. At the same time, the use of imported engines to some extent improves the prospects of Russian helicopters in the international market. 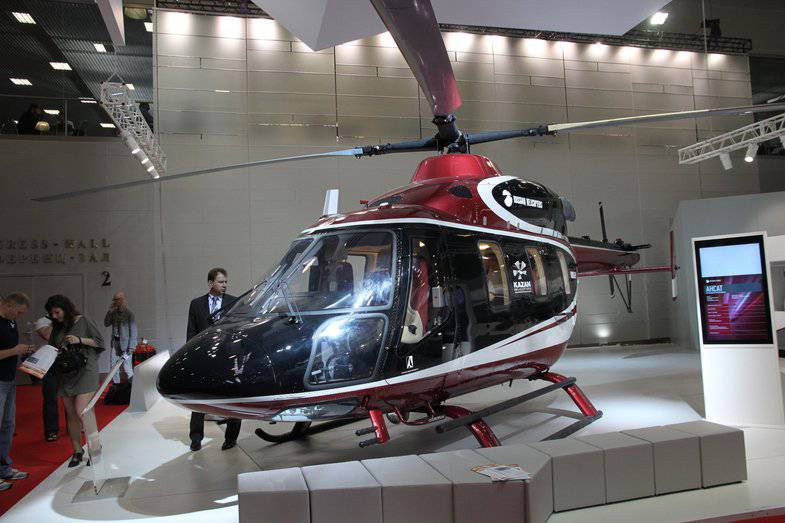 A few words about the lack of the necessary engines. JSC Klimov has been developing a new turboshaft engine VK-800В for more than five years. However, at present this motor, according to the official Klimov website, is only “planned to be installed on ANSAT, Ka-226, Ka-126, Mi-54 and other helicopters”. In the meantime, the engine sector in 500-800 horsepower remains without modern domestic developments. But in the field of more substantial capacities there are new motors, even if they are the modernization of existing ones. At HeliRussia-2012, a new version of the Mi-8 helicopter was introduced. This time it is proposed to bring the Mi-8T to the version of the Mi-8MSB. The basis of the update is the replacement of the old TV2-117 engines on the TV3-117ВМА-СБМ1В-4Е. According to published data, the new engine has more power and less fuel consumption. For operators, replacing the engine means raising the static ceiling to 3100 meters and dynamic to 5000. In addition, due to the lower fuel consumption, two new engines allow the Mi-8MSB helicopter to fly 780 kilometers instead of 820 at one refueling station (with one additional tank). 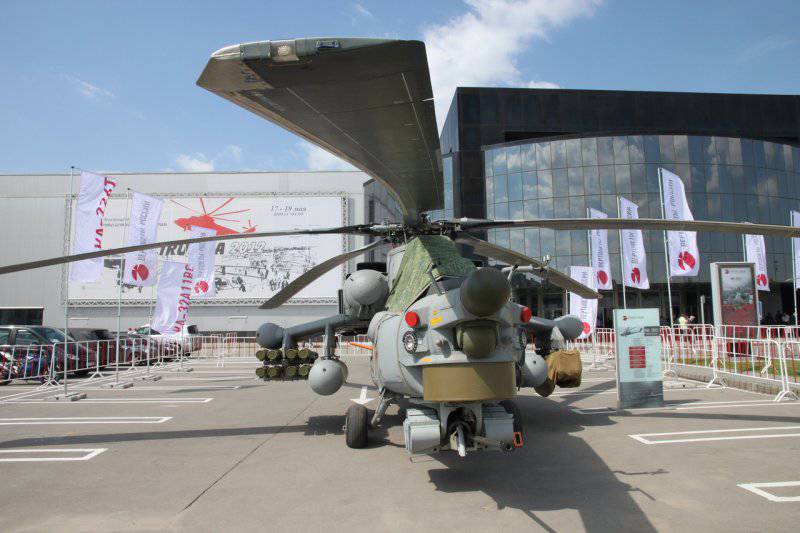 The exhibition HeliRussia-2012 has once again proved a well-known fact to everyone. Currently, the Russian helicopter industry has a significant bias towards medium and heavy vehicles. Light sector, in turn, is almost not busy. Because of this, foreign companies have a wonderful opportunity to promote their products and earn money. Therefore, industry leaders need to pay attention to the creation of light rotorcraft. Of course, other sectors will be enough not only for the survival of the industry, but also for its further development. However, it is impossible not to recognize the fact that it is necessary to participate in the market in all its directions. And the widespread in Russia of the same "Robinsons" is direct evidence of this. Domestic consumer needs a technique of this class, but there is no large-scale production of it yet. Hopefully, not only layouts of new domestic cars with good market prospects will be presented on HeliRussia-2013. In the end, I would like to see not only finished helicopters, as they say, in metal and plastic, but also signed contracts for their delivery. 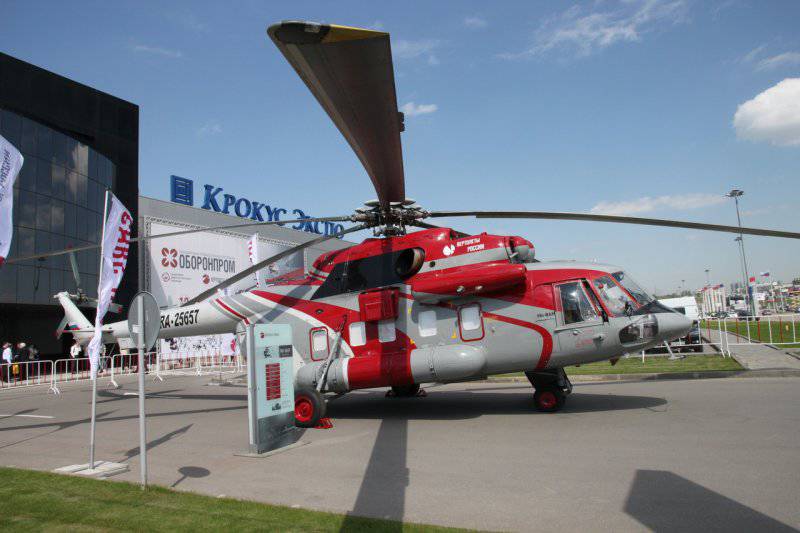 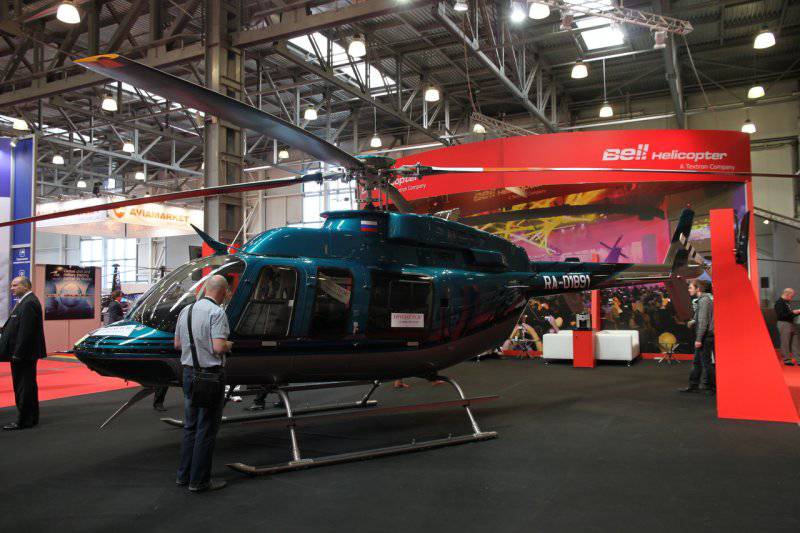 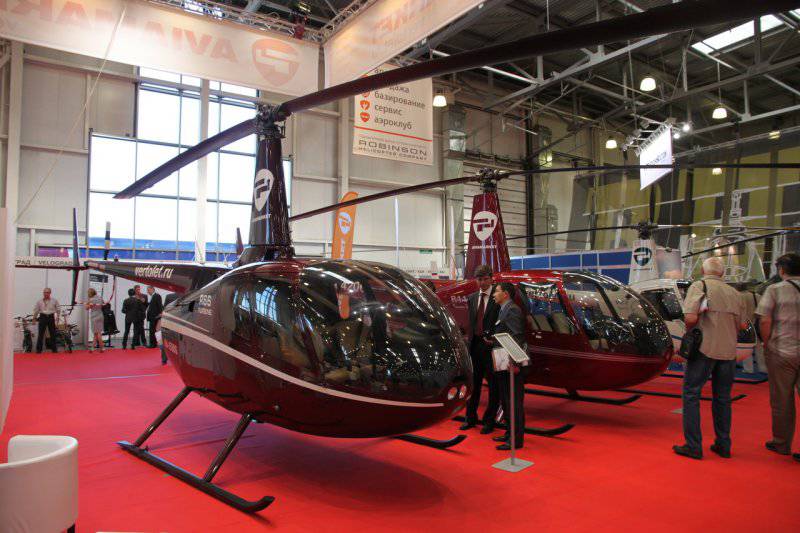 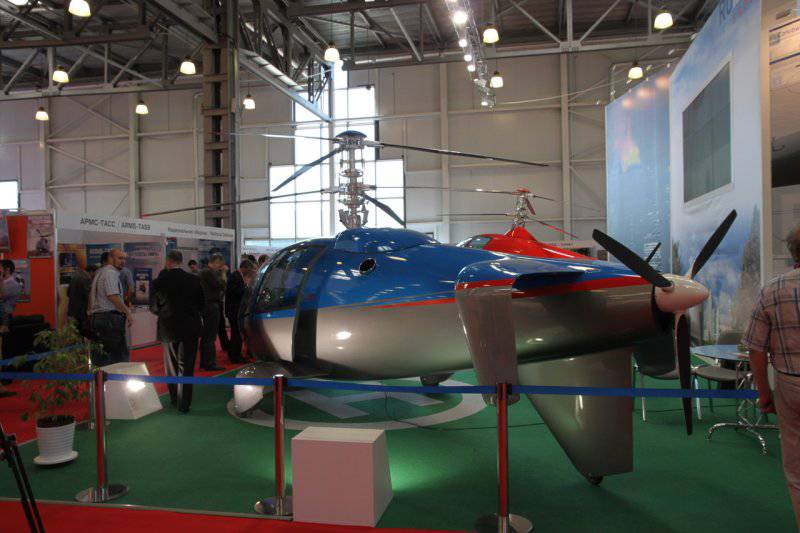 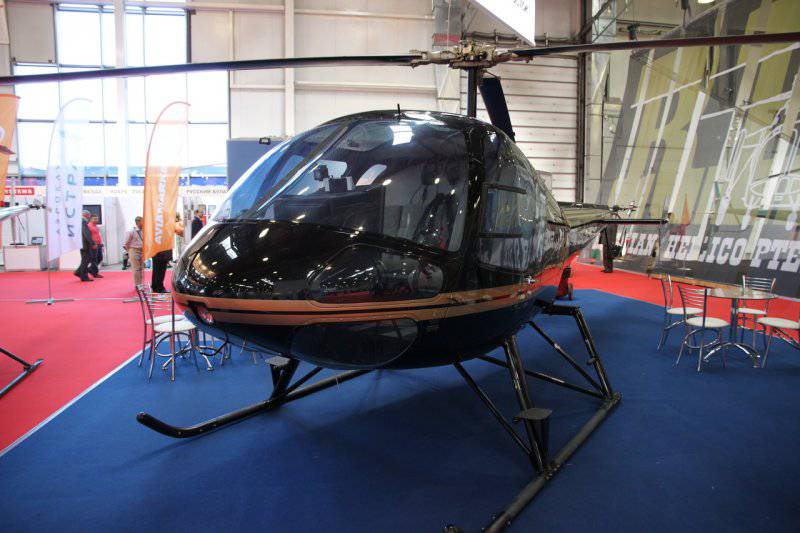