Why were needed Stalinist repression 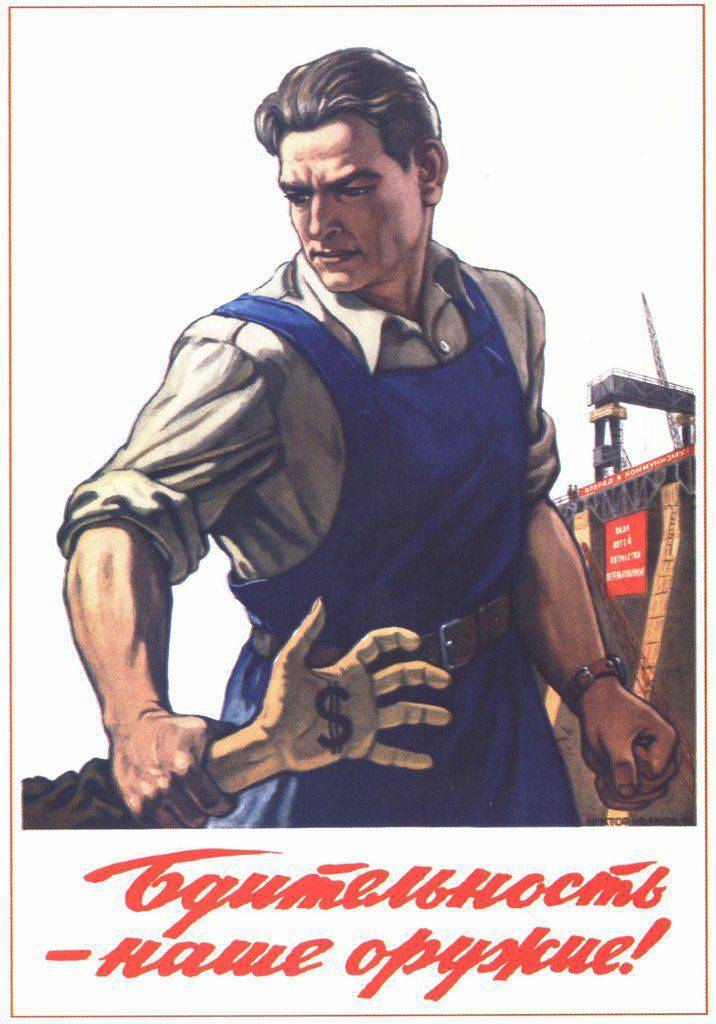 For the sustainable development of Russia, it was necessary to shift the fundamental, basic principles, values ​​and ideals into real politics, the principles of economic management and everyday life. That is, it was necessary to materialize a new reality, the world of fairy tales. The Russian ideal of being - Bright (Holy) Russia, the City of Kitezh. The Russian dream was to become the basis of world reality, to give all mankind an alternative to the slave, bestial world, which was built by the Western "architects-masons". What defined history humanity for centuries to come.

To cope with this unprecedented task, which has no examples in history, the Soviet leader needed to solve several key problems. First of all, to approve the project of creating a new world, a future solar civilization (world order). And for this it was necessary to break the back of internal and external enemies, all opponents of the transformation of Russia into the civilization of the future.

A new world has just begun to be created, it was to materialize, become a full-fledged, strengthened and go on the offensive. Before that, it was impossible to give the old world on the basis of an unfair concept of living arrangement (slavery and all its forms, including capitalism) to suppress the new, to emasculate its essence, to make it its specific part, like false communism based on Marxism and Trotskyism. The Soviet (red) project during the most brutal Civil War was able to win over the White project on the basis of the Western development matrix. The victory of the Bolsheviks forced the great Western powers to temporarily abandon plans for the division and development of land and resources of the Russian civilization, to withdraw the occupation troops.

However, until the complete victory in 1920 - the beginning of 1930-s was still far away. External and internal threat determined the policy of the Kremlin. The old world tried with all its might to bury the new Soviet civilization. In Europe, aggressive, authoritarian, Nazi and fascist regimes, aimed at war with Soviet Russia, quickly matured. In the East, militaristic Japan led an offensive policy. And in Russia itself, a significant part of society still resisted the onset of a new era. There was a powerful "fifth column" in the country - Ukrainian and Baltic nationalists, Central Asian Basmachi, gangsters and nationalists in the Caucasus and Crimea, conspirators in the Red Army, Trotskyists and representatives of the "Lenin Guard" who seized power and who wanted to become the new elite of Russia, while on old grounds (power and wealth). It was necessary to break the philistine and kulak psychology of the townsfolk, the inhabitants of cities and villages. To create a new Soviet person, creator and creator, teacher and honest worker, warrior and philosopher, striving for the stars.

The Red Emperor was perfectly aware of all this. It was obvious that a new world war was brewing. The First World War did not resolve all contradictions, created new ones. The second stage of the crisis of capitalism began. The masters of the West set their sights on finishing off, dismembering and plundering Russia-USSR. Thereby extend its parasitic existence. The bestial law of the West - die you today, and I tomorrow; man wolf man The West is a vampire world that exists at the expense of killing, cannibalism, the resources and energy of other nations, countries, cultures and civilizations. The wolfish law of Western predators and strangers - to beat the backward and weak, rob and live at someone else's expense. You are backward, you are weak, although you can have a thousand-year history and culture, like India or China, it means that you are wrong, you can be beaten, enslaved and robbed. The strong West fears.

Therefore, Russia-USSR should have become strong, become a single monolith, without pests, parasites and traitors. Only a single, powerful Soviet civilization could stand in the face of Western and Eastern predators. To repel them, to keep the core, the center of a new, solar civilization. The societies of the future - the societies of knowledge, ministry and creation. Civilization, which could be a salvation for all mankind! There was no other way out! Or a leap into the future, or death.

Such is the historical truth. There is no "enlightened and civilized" West or East that is ready to help Russia disinterestedly. Only predators and strangers, ready to immediately sever civilization, eat and "master" the wealth of Russia. Any weakness immediately causes aggression and an attempt to enslave, destroy. All this is relevant today in the era of globalization and the digital world. Peacefulness and humanity are the lofty words with which individuals live, but not the masters of the West. Behind “democracy,” “human rights,” and “tolerance” lurk the very same capitalist predators and parasites that have unleashed all the world wars. Nothing has changed! Only a global concentration camp is already on “digital” rails, and the circuits are virtual, informational. But blood, millions of victims around the world, ensuring the prosperity of the "brilliant million" - are real.

Thus, Stalin solved the daunting task of overcoming the age-old scientific and technological, industrial backwardness in ten years and repelling an external blow. And this titanic task was accomplished! The USSR was threatened with the fate of the Russian empire — an external war and an internal coup organized by the “fifth column”. Soviet Russia coped with both external and internal threats. Russian red banners fluttered over Berlin and Vienna. And the “fifth column” was defeated and was unable during the Great Patriotic War to deliver a mortal blow to the Soviet civilization from within.

The myth created during the Khrushchev and Gorbachev “rearrangements” and supported during the years of the “reforms” that the Stalinist leadership did not realize the whole threat of the forthcoming war and did not prepare for it, is deeply mistaken and false. Like the opinion launched under Khrushchev that the Stalinist repressions are paranoid, mental costs of the struggle for power. Personal psychological complex "bloody tyrant." Later, under the “democrats,” it became fashionable to assert the criminal nature of the Stalinist communist regime. It is a myth that they gladly support in the West, placing an equal sign between Stalin’s Soviet civilization and Hitler’s Nazi regime.

In reality, both industrialization and collectivization (in general, the creation of a new advanced economy), the accelerated development of science and education, the creation of new armed forces, and the external imperial policy of the USSR — all this was aimed at strengthening the country's defense, repelling the external threat, preserving the Soviet (Russian) civilization and its development. Creating a new world of fairy tales. And such a part of domestic policy, like hard purges and repressions, was the destruction of the “fifth column” in the face of overt and covert enemies of the Soviet state, civilization and the project. It was a cleansing process that helped Russia survive and conquer the most brutal World War II. Unlike the Russian Empire, which failed to do this, the Stalinist empire prepared for war and was able to cleanse itself of pests, saboteurs and traitors. This was the basis of the Great Victory.

At the same time, Stalin "cleaned" the Soviet elite, did not allow her to rot in carelessness and complacency. Repressions did not allow the Soviet top to steal! Forced to work for the benefit of the whole country and the people! It is clear that this was a cruel method of selection, the upbringing of a new Soviet elite. But he worked, and there was simply no other under those conditions. The world is cruel at all (nothing has changed even now). It is not surprising that the Stalinist empire received a whole galaxy of brilliant organizers and managers, diplomats and military leaders, engineers and designers, scientists and cosmonauts. The Stalinist generation created a superpower, a civilization of the future, a basis for Russian globalization based on a fair concept of living arrangement for all people.and not only for the prosperity of the “elect”, a handful of social parasites. These people, real titans, created an empire that allowed living in relative peace, without hunger and total poverty, to a whole generation of people living in the wreckage of the USSR (Great Russia) - the Russian Federation, Ukraine, Belarus, Kazakhstan and other republics.

We can also recall another important function of Stalinist repression. Stalin not only did not allow the Soviet elite to decay and steal, but he was also able to recover large amounts of capital that had been illegally removed from Russia during the total plundering of the country after the 1930 revolution and the Civil War during the political processes of 1917. The capitals returned to the USSR in the form of machines, equipment, experienced foreign specialists, engineers, etc. All this allowed us to transform the country in the shortest time possible, to create its industrial base, to prepare for a big war. 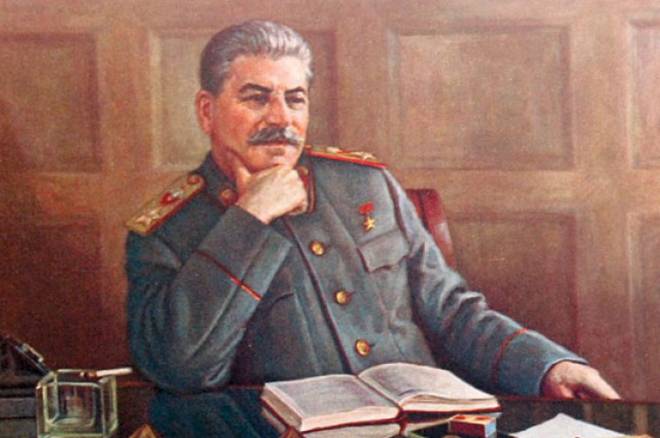 In this way, the cruelty of Stalin’s policy was expedient, justified by the highest interests of civilization and the people. Resurrection involves death. Russian civilization, old Russia actually died in the year 1917. There was no other way to revive Russia. Another way is death. And before that, even more suffering - defeat, occupation, genocide. And as a result - the historical death of the many thousands of Russian civilization already in the first half of the XX century.

What is the phenomenon of Stalin
How Stalin saved Russia

We are in Yandex Zen
Anti-aircraft missile system C-400 Triumph against the Patriot
568 comments
Information
Dear reader, to leave comments on the publication, you must to register.