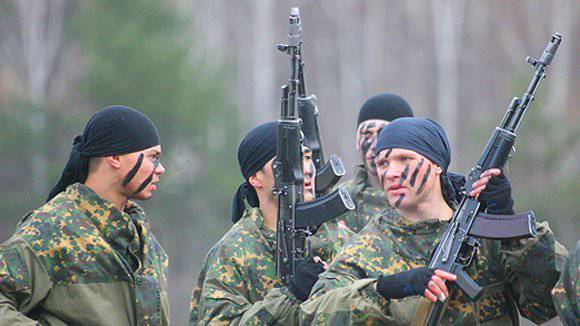 Deliveries of electronic devices designed to monitor the enemy’s territory began in the district intelligence units of the Russian Land Forces. As a source in the Ministry of Defense told Izvestia, these devices are part of the Intelligence, Communications and Control Complex (KRUS), which are now arming military reconnaissance.

Outwardly, “spy stones” look like a thick book and, in a disguised position, can monitor the situation behind enemy lines for months, and during an attack, direct guns and missiles.

In January, 2006 made a lot of noise история with “spy stones”, established in Moscow by British intelligence officers. True, according to the FSB, they were not used for collecting, but for receiving and transmitting information. Russian devices are more like Israeli Eye Ball intelligence systems and American Rembass.

- These are modernized elements of the so-called reconnaissance-signaling equipment, which is designed for automatic reconnaissance of the enemy’s territory. They are installed by the scouts during the operation, and new modifications can be dropped on the enemy’s territory from the air or in special projectiles, the Izvestia interlocutor explained.

He added that the names and characteristics of the new devices were not disclosed, but they are a development of the Soviet automatic intelligence systems 1K124 "Tabun" and 1K18 "Realia-U".

These devices are equipped with video cameras, microphones, metal sensors and seismic sensors. They are able to automatically capture the movement of people, cars and armored vehicles, recognizing objects using certain algorithms. Seismic sensors help the soil oscillations to recognize the approach of a column of armored vehicles.

The received data is transmitted via satellite and VHF communications through a special repeater. Moreover, the transmission is in short pulses, which are almost impossible to detect. The devices are equipped with a GLONASS / GPS positioning system. Therefore, in the event of an attack, they can direct artillery, missile forces and Aviation.

Batteries last for several months. When the charge ends, the "spy stone" is destroyed. The same thing happens if an adversary finds it.

Anatoly Tsyganok, head of the Center for Military Forecasting, believes that automatic reconnaissance devices will greatly facilitate the work of military intelligence officers, but they will not be able to completely replace them.

- No matter how perfect the device, it cannot assess the situation and make a decision. Intelligence uses a broad means of technical means. But they are all auxiliary. Not a single machine can replace a living person, ”said Roma, commenting on the acquisition of the Defense Ministry to Izvestia.

At the same time, thanks to the complexes, it will be much easier to conduct reconnaissance.

- I myself served in military intelligence for eight years, was the commander of an intelligence battalion. And I remember very well how it was necessary to reconnoiter the 5x5 km section in three hours. It was very difficult. And with such devices it will be much easier, - said Roma.

At the same time, the expert stressed that, in addition to purchasing new equipment, the military department should focus on training personnel for intelligence units, which, unfortunately, still consist mainly of conscripts.