January 25 2019
19
January 25th on navy The day of navigator of the Russian Navy is celebrated. A professional holiday for all Russian military personnel whose activities are directly related to plotting ships, ships, and aviation The Russian Navy, monitoring the proper operation of all navigational instruments and calculating movements. By tradition, this holiday is celebrated at each of the operational-strategic associations of the Navy of the Russian Federation.


Date January 25th has historical rationale. It was on this day in 1701 that Peter I issued a decree that said: "... to be mathematical and navigational, that is, seafaring is a cunning art of teaching." In accordance with the tsar’s will, the School of Mathematical and Navigational Sciences was organized, which was originally located in Moscow.

The future Russian emperor (he received the title in 1721) laid great hopes on the fleet and was well aware that navigation played an important role in coordinating the movement of individual ships and a squadron. At the same time, at that distant time, navigators had to navigate solely on maps, which did not differ then with special accuracy, and the starry sky.

The recruits of the navigational school studied the mathematical sciences, navigation, as well as various tricks of nautical teachings, which could only be learned at that time. The school opened in Moscow was located in the Sukharev Tower, which, unfortunately, was destroyed in 1934 in the framework of the General Reconstruction of Moscow. The tower was built in two stages from 1692 to 1695 year and from 1698 to 1701 the year when the tower was reconstructed, having built the third tier. At that time it was a magnificent building with a height of 64 meters. In 1701, it was the third tier of the tower that was taken up by the school of mathematical and navigation sciences, in which 500 people studied. 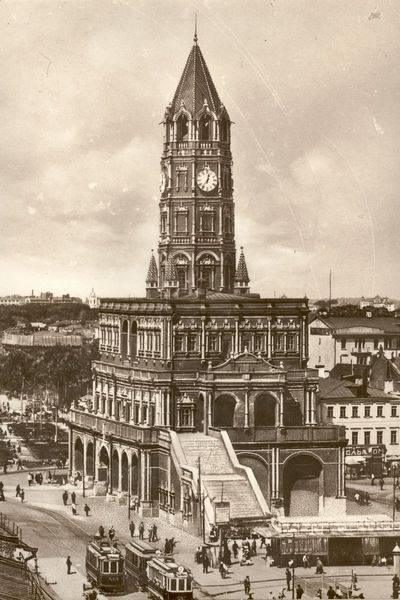 Sukharev Tower on the postcard 1927, the first School of Mathematical and Navigational Sciences was located here

The School of Mathematical and Navigation Sciences in the Sukharev Tower, created by Peter I, was the first artillery, engineering and naval school in Russia, a historical forerunner and forerunner of the entire modern system of engineering and technical education in our country. This school existed until 1753 year. Not only military, but also civilian specialists were trained here. Among the teachers were both the best Russian and foreign experts personally invited by the tsar. In the years of work, the school prepared young people for all births. weapons and services that required the presence of some scientific knowledge or simply the knowledge of Russian literacy. In addition to sailors, artillerymen, engineers, teachers to other schools, architects, surveyors, civil servants, artisans, etc. left the school.

In this case, the profession itself navigator appeared since the advent of shipbuilding, including in Russia. The emerging need for long-term sea or river crossings required shipbuilders to have the necessary knowledge and skills. Fishermen and merchants who expected to return home alive and unharmed with their catch and product could not ignore the weather conditions, features of the fairways, coastal and sea landscape and other moments. But centralized training of maritime specialists began in Russia under Peter I.

Since the beginning of the XVIII century, science and technology have made great strides. A real breakthrough was made in the field of navigation. Modern warships can receive all the necessary information directly from satellites, including information about various obstacles. At the same time, the emergence and ubiquity of sophisticated machinery and equipment requires the availability of specialists trained to work with it, so the training of navigators for the needs of the navy is still being conducted very carefully and scrupulously. Moreover, the navigators still have an idea of ​​all the navigation methods that have been accumulated over all previous centuries; they can also apply their knowledge if the equipment on the ship completely refuses. 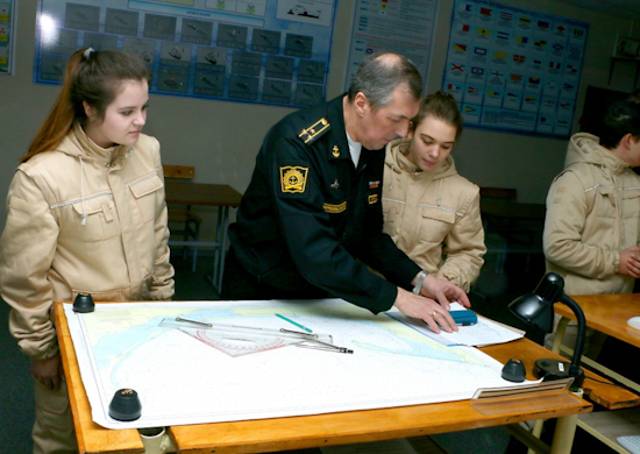 On the eve of the Naval Navigator's Day, the cadets of the VUNC Navy branch in Kaliningrad conducted a training session for military officers at the Bridge-2000 simulator, photo: Ministry of Defense

The Naval Navigator’s Day of the Russian Navy began to celebrate January 25 relatively recently. So 15 July 1996, the commander-in-chief of the Russian Navy, admiral of the fleet Fromix Nikolayevich Gromov issued order No. 253 "On the introduction of annual holidays and professional days in the specialty." In accordance with this order, starting from 1997 of the year, the Navigator's Day began to celebrate January 25, linking this day with the historical date. It is curious that before this, the Day of the navigator of the Russian Navy had been celebrated twice a year: March 21 and September 23 (at the days of the spring and autumn equinox).

Today the navigator service of the Russian Navy has about three thousand specialists, about a thousand of whom are officers. In addition, the navigator service is more than 200 people of the faculty of the Russian naval schools, about 50 of them have a scientific degree, and more than 30 people have an academic status, the official website of the Ministry of Defense of the Russian Federation reports. Today the Naval Navigator's Day is a professional holiday for all those who, according to their duty, have to fulfill their duty and solve important tasks of ensuring navigation safety of surface and submarine ships, support ships in various regions of the globe - from icy Arctic seas to hot and the humid tropics.

The Defense Ministry emphasizes that the navigator's specialty, which appeared in Russia simultaneously with the first ships, is highly demanded today and is one of the main specialties in the Navy. Without the work of the navigators, it is impossible to imagine either the movement of the ships or their actions on the use of the regular weapons on board. For example, only in 2016, the competition in naval schools for the navigator's specialty in Russia made 3,5 man into place, and the fleet is still interested in a qualitative selection of candidates for admission. 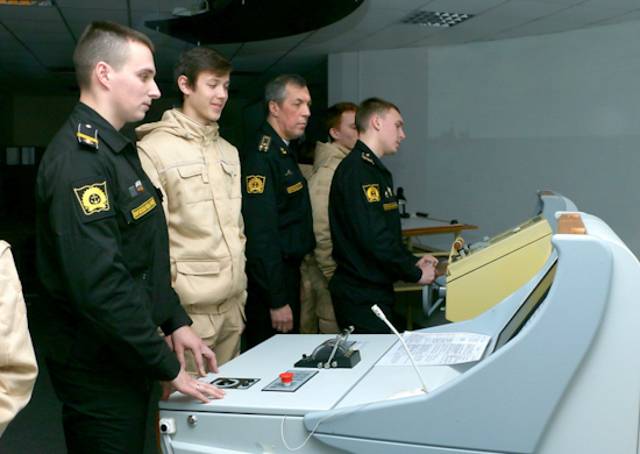 On the eve of the Naval Navigator's Day, the cadets of the VUNC Navy branch in Kaliningrad conducted a training session for military officers at the Bridge-2000 simulator, photo: Ministry of Defense

According to the chief navigator of the Russian Navy, more than 10 training units currently belong to the naval navigator service, the main ones being the departments of the Naval navigator service in the Naval Academy, the ship navigation department in St. Petersburg. St. Petersburg, Sevastopol, Kaliningrad and Vladivostok, the department, leading the training of specialists in technical means of navigation (TSC) in St. Petersburg and Vladivostok, as well as in training centers of the Russian Navy. At the disposal of the navigator service at the present time there is everything necessary for the quality training and retraining of specialists - classrooms and laboratories, special simulators. For the naval training of future navigators in the fleet, several training ships are widely used, as well as 10 training boats.

In modern realities, the process of training navigators for the Russian fleet takes into account the process of its active renewal by equipment in accordance with the state shipbuilding program. Today, the fleet is annually replenished with surface and submarines of new generations, equipped with new weapons and equipment, including modern navigation systems and systems. The fleet of Russia today faces important tasks that consist of actions as part of interspecific, heterogeneous and homogeneous groups in various regions of the world’s ocean. This requires high-quality professional training of specialists for the fleet, including navigators.

January 25 "Military Review" congratulates all navigators of the Navy of the Russian Federation and veterans of the navigator service with their professional holiday.