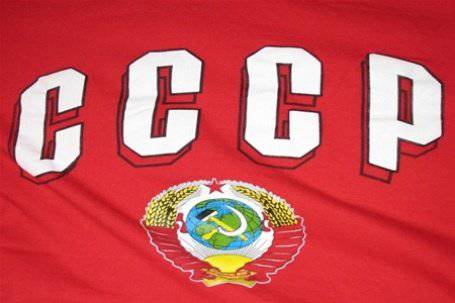 Summing up the period following the adoption of the “Declaration of State Sovereignty of the RSFSR” 12 in June 1990, I believe that we should start by assessing the breakup of the Soviet Union.

Russia is too big a country to afford an absolutely free market.

Modernization of the USSR was inevitable, but the collapse of a large country could have been avoided by finding a compromise way of development and economic reforms. But this was not done, and all 20 years of Russia's existence after the disappearance of the Soviet Union’s map were a struggle for survival and overcoming the negative consequences of what happened. Therefore, consider a twenty history the new Russia as a path to achievements, I think, would be a great exaggeration. It was a struggle for survival. The first decade, in my opinion, was marked by a crisis in all spheres of the state, from foreign policy to economics, etc. It seems to me that one of the most unsuccessful development paths was chosen - an absolutely free liberal market, accompanied by a voluntary rejection of its own state project .

The second decade has passed under the sign of attempts to rehabilitate some of the basic foundations of Russian statehood. It was clear that otherwise it would not be possible to avoid a repetition of the new crisis, or even further collapse. But, in my opinion, this attempt was half-hearted, Russia continues to balance on the verge of finding the best model for itself. In economics, domestic and foreign policy, we continue to fluctuate between the ideas of 90's and the desire to restore our own large project. Russia is too big a country to afford an absolutely free market, but the planned Soviet-style economy also completely exhausted itself. Thus, talking about super achievements does not make sense. By and large, we struggled to stay on the world map. So far we are doing it.

Do not reckon with the fact that people died, it would be, to put it mildly, blasphemous

Why do I think that the collapse of the USSR was not good? Because it caused a series of local conflicts in which a large number of people died. This could have been avoided. If the direct losses in military conflicts are summed up with demographic recessions and criminal "revolutions", then the number of victims will be in the hundreds of thousands. These are confirmed facts, and it would be blasphemous, to say the least, to disregard the fact that these people died. If they were more patient and more far-sighted, then these premature deaths could have been avoided. This is the first.

And the second is the collapse of a huge economy. Practically no one has brought much benefit. Whole industries have disappeared, in which a huge number of people were employed. They were engaged in productive labor, which was a stabilizing factor for the life of the country as a whole. But we saw the collapse of industries, and many were out of work. Losses from this is impossible to calculate. Technological schools, production bases have been lost, and, accordingly, a crisis has hit us.

The experience of China speaks about the possibility of carrying out reforms without disintegrating the country.

Talking about the fact that this was due to market conditions, seems to me speculation. No one ever thought what it was for, but simply collapsed the economy in order to divide the most tidbits that gave quick profits among a small number of people. In addition, it seems to me a false promise that only the claimed global market should survive. This is a lie, because the whole world lives wrong. Not everything that is produced in different countries of the world is always in demand in the world market. There is also a domestic market, and its needs should govern the structure of the economy. There were many other side factors. We still feel their influence.

Could it be different? There is the experience of China, which was not in the best conditions in the 80's. He started in a more difficult situation than he was in the Soviet Union, but he was able to achieve serious results by reforming his own economy. This does not mean that his experience should be fully repeated, but the experience of China suggests the possibility of carrying out reforms without disintegrating the country, without local armed conflicts, without collapsing entire industries. Since it could be done by others, it means that we could have done it.