Putin gave the installation to the friendship of nations 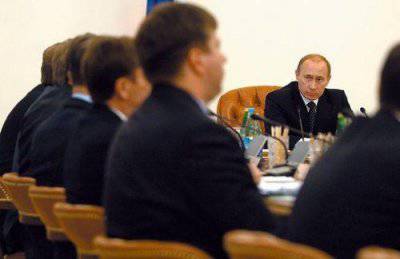 Just recently, it became known that President Vladimir Putin took the initiative to create the Council on Interethnic Relations. It is noteworthy that Putin himself will head this organization. The Council’s activities will be aimed at developing a strategy for the national policy of Russia, which, in turn, is intended to regulate the assistance of local authorities, government bodies and the general public in terms of interethnic relations. The proposal is fully consistent with the pre-election program of Vladimir Putin.

Today, every adequate person in Russia understands that the inter-ethnic problem in the country remains more than acute. The national question especially manifests itself in large Russian cities, as well as in subsidized regions of the country. In the first case, the reason is weak migration control and high corruption. The second case is rather an attempt to transfer all the negative aspects of social and economic life to “newcomers”.
And in one, and in another case, the situation sometimes goes too far. The national question sometimes leads to a truly bloody confrontation, with which law enforcement officers and local authorities are sometimes simply unable to cope.

Here are just a few specific examples of aggression that has arisen on interethnic grounds.

Year 2006. Karelia. Kondopoga. In the local cafe "Chaika" a mass brawl took place between local residents and representatives of the Chechen diaspora of the city. As a result of the incident, several people died. This история caused a wide public response, and disturbed the peace in quiet Karelia. After the Kondopoga pogrom, the head of the Ministry of Internal Affairs of the Republic of Karelia, Major General Mikhailov, the head of the republican FSB, Major General Dorofeev and the prosecutor of Karelia Opanasenko, lost their posts.

Karelian interethnic conflict spilled over into open clashes on the territory of other Russian cities.

Year 2010. Moscow. In the capital, killed a football fan Yegor Sviridov. The investigation found out that the murderer turned out to be a native of Dagestan, Aslan Cherkesov, who subsequently received 20 years and six months in total under two articles “Hooliganism” and “Murder from hooliganism motives”. Those who along with Cherkesov participated in a skirmish with the fans were sentenced to real terms: Akai Akayev, Nariman Ismailov, Ramazan Utarbiyev, Hasan Ibragimov and Artur Arsibiev. They all received five years in a general regime colony. However, this story could not be so resonant if it were not for the activity of the fans of the Moscow “Spartak”, who literally forced to conduct a full investigation and punish the guilty. After the murder of Yegor Sviridov, Moscow and other cities of Russia were swept by a new war of hatred towards people from the Caucasus, which heated the situation in the country to the limit.

Year 2011. Voronezh region. More than two hundred residents of the small village of Kozlovka put forward an ultimatum to the local authorities, in which they literally demanded that the administration and local law enforcement officers expel people from the Caucasus from the village. The reason is that Caucasians, according to villagers, took part in a fight, as a result of which several young local guys got injuries of varying severity. The conflict, by the way, could have ended the world war, but representatives of nationalist movements intervened in it and it flared up with a new force. At the trial, it turned out that far from not only people from Armenia and Azerbaijan are guilty of stirring up the conflict, but also that the provocation took place, as they say, “on a drunken shop” by local residents.

This list goes on and on, but it is already clear to everyone that the interethnic issue very often becomes the cause of serious unrest in the country.

Certainly, such a thing as friendship of peoples has been erased from the consciousness of Russians for a long time. And this cannot be considered a positive trend. The difficulties here are far from the fact that a particular nation cannot get along with representatives of another nation. The essence of the conflict lies precisely in the complexities of migration policy. Recently, there has been a clear bias towards the fact that the large cities of Russia often become the scene of interethnic redistribution of property. Ethnic Tajiks come into conflict with ethnic Uzbeks, Russians with immigrants from Dagestan, Chechnya, Ingushetia, ethnic Armenians with ethnic Azerbaijanis. Sometimes, as a result of clarification of relations between groups, completely strangers suffer.

That is why the presidential initiative to create a special Council, which will deal with leveling ethnic conflicts, appeared in a timely manner. After all, no matter how we relate to other nationalities residing in our country, representatives of these “other” nationalities are the same citizens of Russia.

It is interethnic conflicts that can shake the situation in the country in a way that no economic cataclysm can shake. The situation remains acute, also because certain forces outside are eager to use the national map in Russia to meet their own interests. As is known from Soviet history, it was a series of inter-ethnic conflicts that served as a powerful tectonic blow to the foundation of the whole country. If the Russian authorities today do not want to allow the repetition of those terrible events, then it’s time to take measures to create conditions for mutually beneficial partnership between representatives of different peoples of the Russian Federation here and now.

The main thing is that the Council should not turn into another bureaucratic apparatus, which would solve purely superficial problems without delving into their essence.