Who will replace the US in Afghanistan?

13 2012 June
58
There is an opinionthat the Taliban’s coming to power in Afghanistan is only a matter of time, since the Taliban are the only real power in the country that “the current Afghan government cannot withstand either politically or militarily”. And it cannot be said that for the last ten years the Americans did not realize that they are very far from victory over the Taliban. 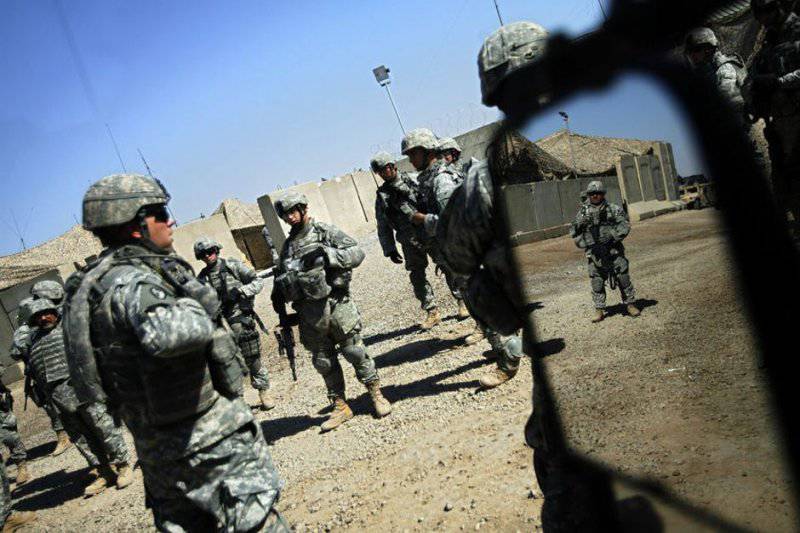 4 May 2012 Chairman of the Special Committee on Intelligence of the US House of Representatives Mike Rogers said that intelligence and the armed forces of America differ greatly in their assessments of the Afghan situation. In early May, Rogers met with the command of the US military contingent stationed in Afghanistan, representatives of the US intelligence services and the leadership of the embassy in Kabul. is he сказал: “The most significant thing that I learned from this trip is that there is a huge difference between the words of our military and our intelligence community as to what they think is the state of affairs.” The US Armed Forces, he said, report that in open confrontation the Taliban have never won the coalition forces - and in their victories they see reason for optimism. However, American intelligence states, according to M. Rogers, that the Taliban change tactics, avoid losses and recruit supporters among the population. US intelligence agencies, Rogers stressed, believe that "today the Taliban is stronger than it was even a couple of years ago." Finally, according to the findings of the American intelligence, the Taliban, as before, set themselves a "clear political goal: they want to rule the country, they want to return" to power in the country.

Online multiply assumptionsthat the US concluded a strategic partnership agreement with Karzai not for the sake of military-economic assistance, but with the goal of maintaining control of the actions of the Taliban in Afghanistan and redirecting those same actions to Iran and Pakistan, and at the same time against Russia - by Islamizing the CSTO members: Kyrgyzstan and Kazakhstan. According to this “scenario”, Uzbekistan will also be involved: in exchange for recognition by the West of the “democracy” of the Karimov government, this country will be chosen as a base to support the American military presence in Afghanistan.

As for Uzbekistan, Karimov, who recently met with Vladimir Putin, stressed that the withdrawal of foreign troops from Afghanistan would increase the threat of the development of terrorism and drug trafficking. is he сказал: “Can the situation change if the number of troops decreases, the financing of those operations and everything related to the pacification of Afghanistan, the solution of issues of socio-economic order and so on will decrease? If this problem is not solved, do not put it in full nakedness, in such a way as it really is, it seems to me that much will be revealed a little later, we will simply miss the time. ”

Vladimir Vladimirovich Putin answered: “There is something to think about, because all this is happening in close proximity to our borders.”

Therefore, we can assume that Russia on the Afghan frontier will cooperate with the United States and NATO, and the total Islamization of the region in order to ruin Russia is only the fruit of unlimited imagination.

There is an interesting point of view belonging to Andrei Kortunov, Director General of the Russian Council on International Affairs. According to his opinion, Russia with the aim of maintaining stability in the region can agree with the Taliban:

“The risks of instability are increasing, but in fairness it should be noted that not everything is so simple. If you look at what was under the Taliban before the American troops entered Afghanistan with regard to the export of drugs to Russia, to Europe, and what happened after Karzai came to power in Afghanistan on American bayonets, then for Our situation has worsened, and very significantly, literally an order of magnitude.

The Taliban fought against poppy crops, for them it was a problem that they were trying to solve. Statistics show that at least, but in general, under the Taliban, this situation was under control. And now critics can rightly say that the Americans and their NATO colleagues are engaged in connivance. In the name of maintaining stability in Kabul, they actually allow these combat commanders, the people who control individual regions of the country, to produce opiates in unmeasured quantities, and these opiates then go through Central Asia to Russia.

I think that this point of view has the right to exist, that if we agree with the Taliban that they would be able to seriously tackle the drug problem, then maybe the situation for us will not deteriorate so fundamentally. But this is a question that, of course, remains the subject of discussion. ”

Meanwhile, America represented by Pentagon chief Leon Panetta requiresfor Pakistan to take over the Taliban militants - for now, God forbid, Washington did not run out of patience. Well, yes: Washington needs to deal with formidable China, and then get distracted by Pakistan and Afghanistan. Nobody wants to help the great democratic America in the fight against terrorism!

India must, too according to Panetta, increase your role in Afghanistan. She has already given 2 billion dollars to this country, starting with the US invasion of Afghanistan in 2001, and India is also engaged in the preparation of the Afghan security forces. Now that America is leaving, India is likely to expand aid to Afghanistan. At least Washington will insist on it.

Panetta asks for Afghan help from the Russians. By the way, Russians, as is customary after the Russian-Chinese UN veto on Syria, are associated by the Americans with the Chinese. Therefore, the United States appeals at the same time to them. When America leaves Afghanistan, Moscow and Beijing will have to take part in financing security in this country - Secretary General of the Alliance Anders Fogh Rasmussen told a press conference in Brussels at the end of the Russia-NATO Council meeting on April 19. Sergey Lavrov did not give specific response to this statement.

However, the American contingent is not quite leaving Afghanistan. The US military announced this last year, “celebrating” the 10 anniversary of the antiterrorist operation in Afghanistan. Commander of the International Security Assistance Force in Afghanistan, General John Allen said in early October that US troops will remain in Afghanistan after the 2014 year.

A. Shustov пишет: “Separate units of the US Army will begin withdrawing from Afghanistan later this year. However, the withdrawal will not be completed by 2014. According to the commander of the coalition forces in Afghanistan, General David Petraeus, the joint US-Afghan bases will remain, with the help of which the US will train, advise and support local armed forces. Thus, the United States will try to avoid the fall of the regime created by H. Karzai, as happened with the President of Afghanistan M. Najibulla soon after the departure of the Soviet army, and will try to keep their military presence in this country as long as possible. ”

There is nothing surprising in that. The Americans will try to prevent Afghanistan from completely falling under the control of the Taliban - no matter what they write to the media - including the Taliban of Pakistani dislocation. Pakistan is clearly counting on the Americans ’early departure from Afghanistan and the Taliban coming to power in Kabul. That is why Panetta threatened Pakistan with the fact that the States, they say, will soon burst of patience ... But most likely the US will burst elsewhere: their guts are in control of Afghanistan, Pakistan, and between cases they still have to go to Syria in the ATR. So the Pentagon is asking for help.

If Washington spends now on the Afghan "operation" 110-120 billion dollars a yearthen, after 2014, it is going to spend the entire 2,7 billion for these purposes.

2001 to 2011 Pentagon budget has been cut by 450 billion. Still almost on 500 billion it is planned to be reduced in ten years, starting with the 2012 year. And if the United States will strengthen its military power in the APR, then somewhere it will be necessary and weaken this very power. This is “somewhere” - just Afghanistan. But of course, the United States is not going to completely withdraw from there. And there are good reasons for this.

In October, 2011, the head of the Federal Drug Control Service, Viktor Ivanov summed up American activity in Afghanistan: “I would name three main results. The first is a phenomenal increase in drug production, more than 40 times, the second is the militarization of the region. Today in Afghanistan there are over 150 thousands of foreign troops and a significant number of military bases. And the third result is a humanitarian catastrophe, political instability and expanded reproduction of the militants. ”