13 2012 June
35
No one can be as close and friendly as neighbors. But at the same time, it often happens that it is precisely between neighbors that such a serious conflict flares up that it becomes the cause of a break in partnership for many years. There are many examples: this is Korea divided into two parts, Moldova and Transdniestria, Serbia and Kosovo, China and Taiwan, the list goes on and on. Recently, the situation seems to be troubled between two Central Asian countries - Tajikistan and Uzbekistan. It would seem that for a long time Presidents Emomali Rakhmon and Islam Karimov sitting in their seats should have long found points for effective bilateral policy, but so far not only new points are found, but also previously established partnerships are lost. 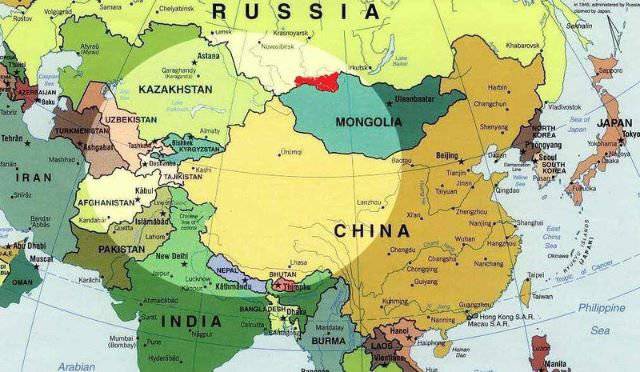 The situation between the two countries began to worsen after the Uzbek side decided to suspend gas supplies to Tajikistan. This was the reason for stopping several Tajik enterprises at once. At the same time, the Uzbek authorities explained the cessation of deliveries for Tajik neighbors by the fact that Tashkent now decided to prefer China as its general partner, to whom it is possible to supply large volumes of gas, rather than exchanging small things in the Tajik case. The gas scandal lasted more than two weeks and led to the Tajik side blaming the Uzbeks' neighbors for deliberately stopping the supply of blue fuel in order to take advantage of Tajik production. In addition, the neighbors caught Tashkent in that way he was trying to push the decision on the transfer from Tajikistan of the Farhad hydroelectric station on the Syr Darya. Another version appeared in the media of Tajikistan: Uzbekistan is trying to put sticks in the economic wheels of Rakhmon, who set out to join the Customs Union.

However, a couple of weeks later, Tashkent still resumed gas supplies to neighboring Tajikistan, but a wave of discontent was already provoked, so they began to talk about a new round of anti-Uzbek tensions in Dushanbe and, accordingly, about persecution of Tajiks in Uzbekistan. They recalled that the Uzbek side overstated the duties for passengers of the transit trains forming the Tajik railway. After calculations by Tajik economists, it turned out that the collection rates in 2012 years had increased by 60%, which led to a sharp rise in prices for goods imported by rail to Tajikistan. This was the reason for the growth of discontent among the population within the Tajik Republic, the economic situation in which even without that cannot be called benevolent (the per capita GDP level does not exceed 800 dollars). Naturally, the pro-government media in Tajikistan have fueled the situation, saying that all the troubles are exclusively from the Uzbeks neighbors who are pursuing a perfidious policy towards the Tajik people. The opposition media have added fuel to the fire and have decided to declare loudly that Russia’s position is behind Islam Karimov’s position, which is putting pressure on Tajikistan to extract political and economic dividends. It has become so accepted in modern politics: you cannot solve the situation on your own - it is customary to look for those guilty abroad. The main political goal was achieved: the Tajik president himself remained untainted, as they say, but the leaderships of Uzbekistan and Russia received their portion of the Tajik rejection.

It would seem that the meeting within the framework of the SCO summit would have to return Tashkent and Dushanbe to the mainstream of a real and pragmatic partnership, however, there was no qualitative dialogue here. There were very productive meetings of the Uzbek and Chinese delegations, the Russian and Tajik, Uzbek and Russian ones, but the direct contact between Karimov and Rakhmon did not come out. During the meeting, Uzbekistan and China signed dozens of agreements aimed at economic cooperation, joint resistance to drug threats, cross-border crime, and promotion of cooperation in the humanitarian sphere. Karimov signed a document on the possible entry of Uzbekistan into the free trade zone. However, the Uzbek side did not dare to send its representatives to the joint exercises within the framework of the SCO “Peace Mission-2012” in Tajikistan, which will continue until June 14.
The collective forces include Russian, Chinese, Kyrgyz, Tajik and Kazakh military personnel. There are no Uzbek soldiers in the united grouping. And Tajikistan regarded it as another unfriendly move from its neighbor. But why Uzbekistan decided not to take part in the exercises, because ensuring the security of borders and in its interests too? There was no official clarification from Tashkent, but there is an unofficial version, which speaks of the passage of the exercises on Tajik territory and the command of Tajik exercises by General Sobirov as the main reasons for the Uzbek “non-appearance”.

In all likelihood, the conflict between Dushanbe and Tashkent, despite the fact that both of these countries are members of the most diverse regional partner organizations, remains unpaid. What is its true reason behind it - the question is still open, but apparently the whole thing here is the banal ambitions of two presidents who simply don’t want to give in to each other. A sort of eastern version: how Islam Abduganiyevich quarreled with Emomali Sharipovich. It is also obvious that without a real partnership dialogue between these states, it is not yet possible to talk about a stable Central Asia. And this is particularly disturbing in connection with the imminent onset of the withdrawal of the NATO contingent from Afghanistan. It is to be expected that the mutual bidding will continue, and the number of reproaches and complaints will only increase if we let the situation take its course.