Dangerous, but not all powerful. What surprises can Ukrainian-Polish air defense missile systems based on P-27 missiles have?

January 11 2019
15
In the news and military-analytical segments of the Russian and Ukrainian media spaces, the “epic” flares up around the joint program developed by Ukroboronprom and the Polish company WB “Electronics” of developing a promising medium-range anti-aircraft missile system based on the P-27P1 / T1 air combat missiles and Р-27ЭР1 / ЭТ1, serial production of which was mastered by the Kiev machine-building plant them. Artyom (now the state joint-stock holding company "Artyom") in the distant 1985 year. So, 9 January 2018, after the pathetic statement of the Ukrainian media about the availability of Kiev full "element base" and scientific and technical groundwork for designing a new air defense system comments on news on Military Survey, Military Parity and other resources were filled with lively prognostic discussions about the possible effectiveness of the new air defense missile system, taking into account the successful experience of Ye-man Hussite combat use of the R-27ET energy battle rocket as part of the 2018 air defense missile system in March 15 year, as a result of which was intercepted tactical fighter F-XNUMXS Royal Air Force of Saudi Arabia. 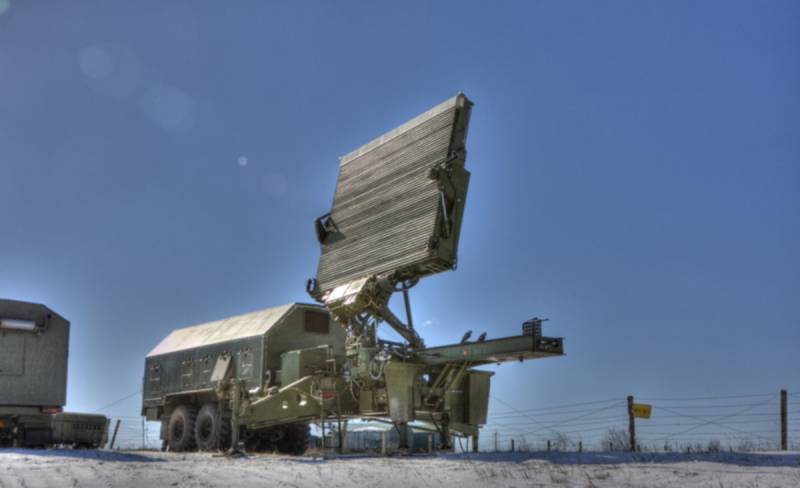 At the same time, increased interest in this topic from observers and experts is due not so much to the presumption of the Artem plan to promote anti-aircraft modifications of the P-27 family on the Eastern European arms market (this fact was recorded by the “Square” media in the fall of 2017, during the first attempts of Ukrobonprom to push the P-27 as the main contender for integration into the promising Polish air defense / missile defense system (Narew), as with the existing capabilities of the Zhulyansky machine-building plant Vizar, the Arkhim GAHK, KB "Luch", as well as the Polish company WB "Electronics" to give the Alamo family of anti-aircraft the options to intercept a much larger range of high-precision weapons enemy, rather than available at the disposal of Hussites Р-27ET.

For example, if the craftsmen-gunsmiths from the Shiite-Zaidit detachments "Ansar Allah", deprived of adequate military-technical support from the outside, were forced to go in a simpler way by placing an inclined launcher (along with a R-27ET rocket, a simple optical sight, combined with a sector of the review of the CGS and liquid nitrogen tank for cooling an infrared photoreceiver) on an ordinary truck, then receiving comprehensive support from the Polish WB "Electronics" (not without the help of experts from "Raytheon" and the British unit of MBDA) ukr Apparently, the Radionix and Radar companies from Ainsky were able to develop the first prototype of the new active radar homing head for the P-27P1 / ER1 radios, based on the semi-active CGTH 9B-1101 inherited from Ukroboronprom, inherited from the USSR. This fact is indirectly indicated by both the demonstrator of the advanced ARGSN presented at a wide public viewing during the Aviasvit-2013 exhibition and the statement made yesterday by the representative of the WB “Electronics” Roman Mushal about several already created prototypes of the GOS for anti-aircraft versions of the P-27. What does this mean?

First of all, Ukrainian anti-aircraft versions of the P-27, unlike the only Hussite, will be able to destroy not only warm-contrast objects with a certain infrared signature, but also any small-sized radio-contrast objects, including UAVs, rocket and 152-mm artillery shells. Such a conclusion can be made on the basis of a stand published on Ukrainian resources with some parameters of ARGSN Onyx, among which there is a millimeter Ka-range of work. It is this range that is intended for the effective destruction of ultra-sized air objects. Naturally, in order to preserve the proper immunity of the future complex, anti-aircraft guided missiles based on the R-27ET air combat missiles are planned not only to be saved, but to upgrade the new 2-band infrared homing head operating both in the medium wave (3-5 micron) and in the long-wave range (7-14 µm).

The controls of the interceptor missiles of the P-27Р / ER family are represented by developed “butterfly” aerodynamic rudders of high elongation, shifted to the aerodynamic focus of the missiles. In accordance with the laws of aerodynamics, this scheme allows not only to get rid of the phenomenon of "reverse" due to the "carryover" of the air flow disturbed by the aerodynamic control surfaces from the bearing surfaces of the hull and the rear stabilizers, but also to ensure decent flight performance by applying aerodynamic control wheels in the center masses of the product, which allows the P-27 family to realize energetic maneuvers in space at the moment of interception. As a result, these missiles have a good potential to destroy maneuvering targets.

As applied to the concept of vertical launch of missiles from a modular transport-launcher (provided for by the current Ukrainian-Polish project), the previous aerodynamic configuration of the P-27EP1 / ET1 anti-aircraft system has practically no future. The huge 972-mm span of the aerodynamic control surfaces, as well as the counterproductiveness of introducing the design of folding butterfly-shaped planes (due to the impossibility of pressing the TPK caliber even up to 350 — 400 mm), put the specialists of the Artem and Luch design bureau into a difficult dilemma: stop or on the open architecture of the P-27 placement on the rails (a la SLAMRAAM), or on the design of the P-27 aerodynamic design with the same housing diameter in 230 mm, but with a decrease in the range of aerodynamic control surfaces and tail stabilizers.

In the latter case (due to the reduction in the area of ​​the rudders and wings), the maneuverability of the missile defense system will decrease markedly, which will require the introduction of either transverse-control gas-dynamic engines or a nozzle-jet gas deflection system. The first control (the gas-dynamic DPU module) can be borrowed from the Alder 300-mm guided projectile, and the second from the P-73 short-range air combat missiles. Judging by the photo of the new control module (“Product PR-611”) for the radically modernized version of Р-27 developed by Luch Design Bureau, experts from the “Square” have already plunged into the wilds of the design of an interceptor-type gas-jetting system, but the first sample came out extremely cumbersome , which is far from the best effect on the flight performance of the updated version of the P-27.

Aerodynamic control unit with an OVT gas-jet system (“Product PR-611”) for a prospective modification of a missile system based on missiles of the P-27 family (left), a laser gyroscope for an upgraded anti-aircraft missile system from the Arsenal gearbox (right)

Integration into the new interceptor missile of the transverse control engines, as well as bringing to the mind of the gas jetting system, OWT will stretch the program for an indefinite period of time. Therefore, the only thing that we will be able to observe in the coming years is the banal bringing the Ukrainian Р-27ЭРХNUMX / ЭТ1 to the level of the product AP (ZR) -1T, presented at the Aviaskvit-260 exhibition and providing for equipping the P-2014 standard versions that have been set by the graphs, which will be set by the graphs. to maintain the range of the new air defense system, at least within 27 — 50 km. We will not deny that the presence of millimeter active RGSN (when mating a new complex with Pelican or Firefinder radars) can really give an opportunity to “hunt” P-70Р27 / ER1 to “hunt” for barreled and rocket artillery shells, as well as strategic KR of the “Caliber” family, but intercepting the maneuvering OTRK 1М9-723 “Iskander-M” and other hypersonic means of air attack of the Russian Aerospace Forces will obviously be too tough.