Dry without sediment. “SSJ100 Superjet” in Iran: yes or no?

January 11 2019
68
What cannot be denied to Western propaganda, is the ability to choose the time for low-blows. For a series of shocking reports that Sukhoi Civil Aircraft (GSS) banned the export of Superjet to Iran, the best time was the 2019 winter holidays of the year, which, it seems, our legislators didn’t want to ban at all. Probably, so that the people would sober up faster, and having rolled up their sleeves, he would run to the machine, to work for their sake, our chosen ones, prosperity and well-being.


So, what is it actually about? The fact that, as it were, without the permission of the United States, Russia cannot sell not only 20 or 40 liners, but even at least one SSJ100 Superjet to Iran. In fact, the situation is in the development stage; no concrete decisions have been taken so far, even within the framework of anti-Russian and anti-Iran sanctions in the United States. Moreover, even despite the fact that the American corporation Boeing for a long time left the joint project with the Russian company GSS to create a short-haul airliner, it is interested in continuing deliveries of a number of units and components to Russians. 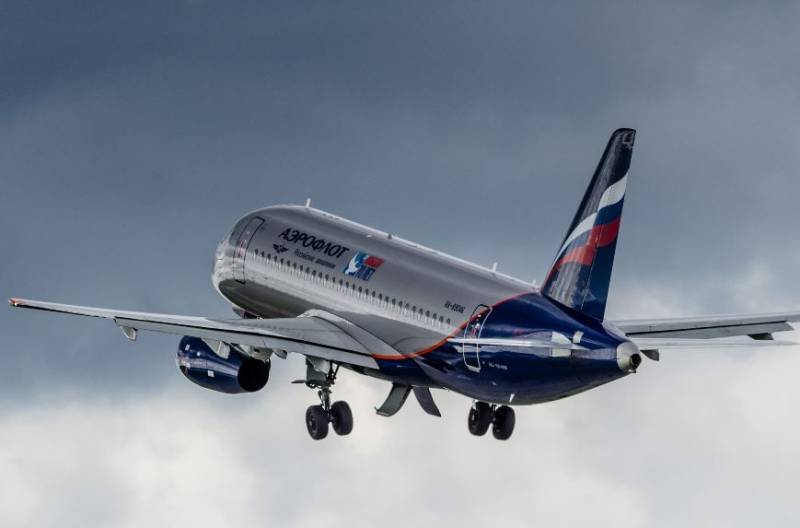 The reader will ask: why? Yes, simply because it is the Russians who are still waiting in the markets of third countries, and not only because the Russians are cheap. Russians usually do not abandon clients, they do not put impracticable ones, including political conditions, they are also ready to train personnel on quite acceptable conditions. Much of this is the same Americans simply can not afford.

But at the same time, they themselves, these remarkable masterful Russians, who managed to crush their own aircraft industry almost “to the ground”, without the help of the same Boeing, are already, alas, incapable of much. First of all, they are incapable of stamping as on a conveyor, cheap, but at the same time sufficiently high-quality and comfortable liners. But with support from Chicago and Seattle (the headquarters and main production facilities of Boeing Corporation are located there) are capable. Let this support be indirect, and carefully camouflaged.

Business is business. Markets, even potential ones, cannot be overlooked. Even if it is necessary for this, one should spit on politics and on the laws of competition. Although what is the competition here? World giant Boeing should help a pseudo-competitor, whom even a junior partner will not call a language, sell a few to the side, let's call them that way - half-boxes.

Let's return, however, to the most news. The fact that this “horror story” was launched in the media as an extraordinary, and almost certainly superplanned, is already said by the fact that, in parallel with it, the Russians were reminded of Japan’s claims on the South Kuriles. This news, which is able to rally the Russians almost as tightly as the Crimea-2014, was added to the promise from Washington not to place its military bases on the islands. You might think that we have already given the islands to the Japanese, but what a sad история with Russian-American liners - this is something like a modest appendage, albeit from a different opera.

Our Russian media, of course, bait willingly swallowed, and all that they were asked and did not ask, immediately replicated. However, the TV was somehow late, but then they are on vacation to release the stale junk on the screens. At least some official response had to wait almost a week. And this was not the answer from Iran, where they were expressed so far somehow vaguely, mostly complaining that it could take too much time to replace American components.

The answer came from the GSS. In order to avoid discrepancies we give it here in full.

“The aircraft manufacturer SSJ100 of Sukhoi Civil Aircraft JSC (GSS) did not receive a response from the United States to a request for the export of the company's aircraft to Iran.

Since the number of components of American origin in the current version of the SSJ100 aircraft exceeds 10%, as part of the GSS formal procedures, an application was made to the US Treasury Department of Foreign Assets Control (OFAC) to approve the possibility of selling the SSJ100 aircraft to Iran. At the end of 2018, neither a positive nor a negative conclusion was received.

At the same time, within the framework of the import substitution program, the GSS continues to work to reduce the number of components of foreign origin and is working on a new version of the aircraft. The cost of operating the upgraded product will be significantly reduced. In addition, it is planned to improve the efficiency of the program due to the re-pricing of a number of components. Deliveries of the updated product are not expected to require any additional formal coordination with third countries. ”

Of course, this solid rebuke does not mean that everything with the Iranian contract at GSS is still in perfect order. The risk, and a very large risk that the deal for the supply of the very 40 "Superjet" fails, remains. Although who prevents to crank the same deal through front companies or even countries? After all, for example, in Thailand "Superjet" today go, if not like hot cakes, then as good New Year's gifts for sure.

And then let someone try to ban the Thai King, Maha Wachiralongkorn, from selling Russian liners to the Iranians for profit. After all, the same offshore business, for example, is flourishing literally everywhere, and weapon through third countries, almost every second sells these days as much as they please and to anyone, even direct enemies.

Yes, it seems, in “Sukhoy” they did not calculate for the future that the abundance of foreign, and most importantly, specifically American components, could at some stage bring them under sanctions. And if “Sukhoi” somehow managed to cope with the anti-Russian ones, it is not yet possible with anti-Iranians. But bypassing the sanctions is also a business, and if Boeing is also profitable, but it’s safe to sell Russian components for liners destined to Iran, it will definitely do it, and in the hunt. Karl Marx was not mistaken, arguing that there are no such crimes for which the real capitalist is ready to go for good profit.

The company "Sukhoi Civil Aircraft", in fact, is today either the last island of hope, or the pathetic remnants of the very "settling domestic aircraft manufacturing", the need for which the country doubted none other than the late Egor Gaidar. We recognize that the country has managed to fulfill its covenants in the field of aircraft manufacturing or the automotive industry with mechanical engineering simply to the envy of our geopolitical opponents, and not even so much the United States, but also China. And to him, by the way, we now so much want to turn our face, or rather, the vents of our oil and gas pipes. 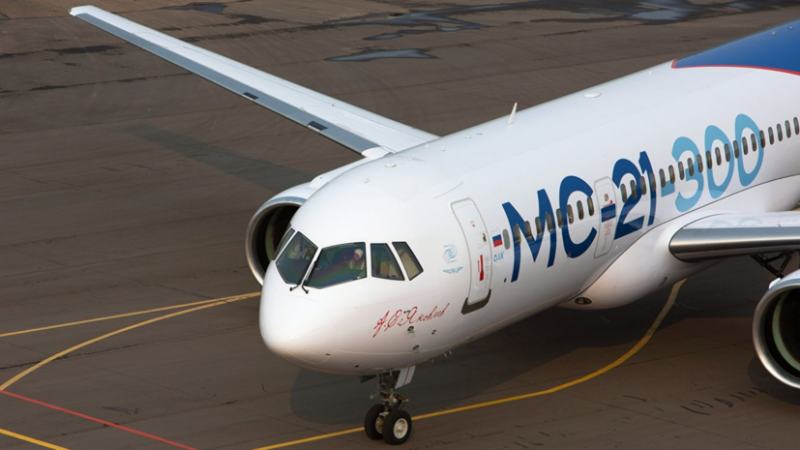 However, as evidenced by some of the recent events, this patient - the Russian aircraft industry, is still more likely alive than dead. Sanction bustle around mid-range MC 21-300 only confirms this fact. The collision with the US sanctions has affected Aerocomposite JSC, which is part of the United Aircraft Building Corporation (UAC), and one of the divisions of the Rostec corporation, ORPP Tekhnologiya imeni Romashin. One of the leading Russian business publications reports that the whole matter turned out to be the supply of components for the so-called “black wing” and part of the aircraft keel. However, the KLA has already been informed that the necessary composite materials can be replaced. Domestically or abroad, it has not yet been reported. How much time and money you may need for a substitute.

In the meantime, the same Perm Motors, which cooperate with Dry, at the 2018 finish, the distressful PD-35, designed for IL-106 superliners, of a completely different type than the SSJ100 superjet, actually came to mind. They have problems with foreign components, by definition, will be much less. PD-35 engines will be tested at a country test station in the village of New Lyady. In the same place, obviously, it will be possible to carry out tests and other engines - to the light IL-112, which has already passed the first taxiing, to the medium transport liner of the future IL-276 or, finally, to the latest MS 21-300.