From a dead donkey's ears, not the Kuriles. Japan's sweet speeches are flavored with poison!

January 10 2019
199
Well, it seems that someone finished the game. Just yesterday, it seemed that preparations for the signing of a peace treaty with Japan were in full swing, and suddenly such a turnaround: Japanese ambassador Toyohis Kouzuki was summoned to the Russian Foreign Ministry and politely told him a lot of unpleasant things.


According to the Deputy Foreign Minister of the Russian Federation Igor Morgulov, the Russian Foreign Ministry regards the recent statements by the Japanese leadership as "an attempt to artificially force the atmosphere around the problem of a peace treaty, to impose its own scenario of settling it on the other side." And against the background of that idyll, which, it seemed, had recently accompanied the thaw in Russian-Japanese relations, it became a real tub of cold water.

The head of the Japanese diplomatic mission said that such statements grossly distorted the essence of the agreements between the leaders of Russia and Japan to speed up the negotiation process based on the Joint 1956 Declaration of the Year, disorienting the public of the two countries regarding the content of the negotiations.

If someone missed the last news from this front, let me remind you: literally in the last few days, several loud statements from the Japanese side immediately followed, the implication of which left no doubt about the imminent transfer of some of the skeletons of the Small Kuril Ridge of Japan. 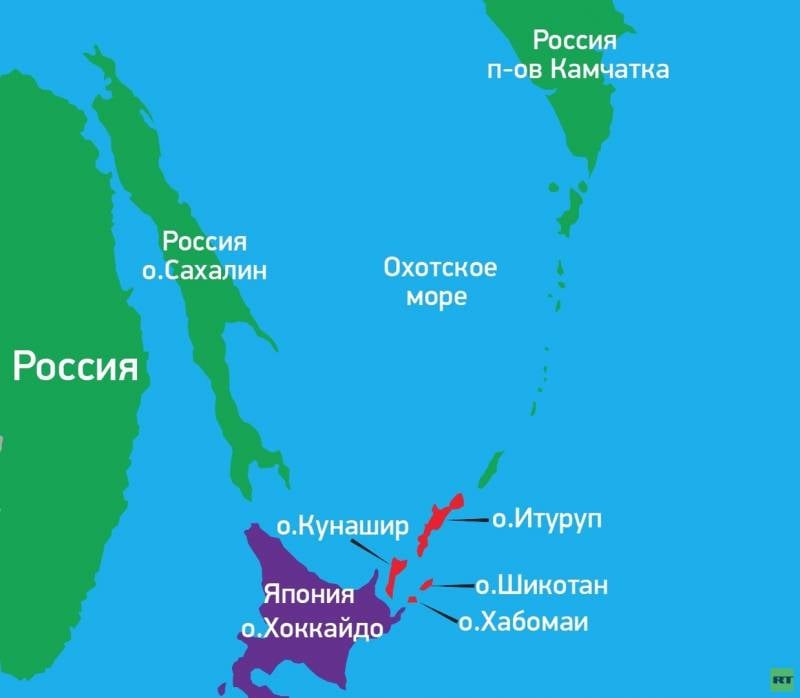 At first, official Tokyo graciously “allowed” Russians living in “disputed territories” not to leave them after the islands returned to Japan. Then the media appeared touching история that Prime Minister of Japan Shinzo Abe at the grave of his father vowed to resolve a territorial dispute with Russia. Well, the “cherry on the cake” was the decision not to demand compensation from Russia for the “years of occupation”, adopted just a few days ago.

Agree, even if we leave aside the substantive essence of such statements, they create a clear feeling that Moscow has already agreed to the transfer of the "northern territories" to Japan, and moreover on the terms of the latter. Tokyo’s rhetoric is the winner’s rhetoric, graciously and graciously promising not to kill the defeated enemy, and not the speech of one of the negotiating parties most interested in solving the “territorial problem”, which formally does not exist for Russia.

Such behavior of Tokyo could not but cause bewilderment in any person who at least understands something in politics. No, really, if you are so fortunate enough to agree on such an important issue for yourself, then sit quietly and wait for the official signing of the documents. After all, everything seems to have been decided in your favor?

Let's get rid of the thought that the head of Japan are stupid, completely incompetent people. Already at this level they can behave, and they know the subtleties of diplomatic and negotiation etiquette in the smallest details. So, these statements were made deliberately, and for some purpose. The question is with what?

And the goal, in general, is seen only one - a blow to the reputation of the current president of the Russian Federation. Now, after a poorly accepted pension reform in society, amid a stalemate in the economy and serious discontent in society with the dubious results of our government, any blow to Putin will be very sensitive. And somewhere (and not the fact that it is in Tokyo) that is well understood, preferring to use every chance to inflict similar reputational damage.

Let us abstract for a moment from the question, whether we support Putin personally or not so much: it is important though it is, but only to a certain extent. Much more important is another thing: under the threat of some kind of external pressure, even the most “controversial” Putin is still better than a possible Maidan and subsequent chaos. That is, we must clearly understand that in certain situations a blow to Putin is a blow to all of Russia. And you need to take it accordingly ...

In such a context, the choice of topics raised by the Japanese side seems non-random. After all, they, with the right pitch, are very humiliating for Russia, although outwardly everything seems to be looking quite decent. And really, should we refuse to protect our interests even in the event of some partial transfer of the islands? In the end, our fishing enterprises are working there, which will surely lose considerable amounts of catch in the exclusive economic zone that has departed from Japan around the islands. And if you project it for several decades, which is quite true for this kind of decisions, the amounts will be really very large.

It is unlikely that the Russian people living on the disputed islands, are ready to resign their Russian citizenship just as meekly and stay in Japan. The experience of secession of the Baltic states and some other territories was too eloquent: first they promised paradise, and then ... And then, as in that statement, the Ukrainian Nazi Boris Filatov: "Promise them everything, and cut them ... And we will cut them later." And those who are smarter would probably prefer to receive compensation from the Japanese side (for hundreds of thousands of dollars) in order to settle down calmly and comfortably in any place in Russia where they would “cut later” just because they are Russian, no one will ever .

But instead, we are given to understand: it is enough from you that we will not be undressed to the last. 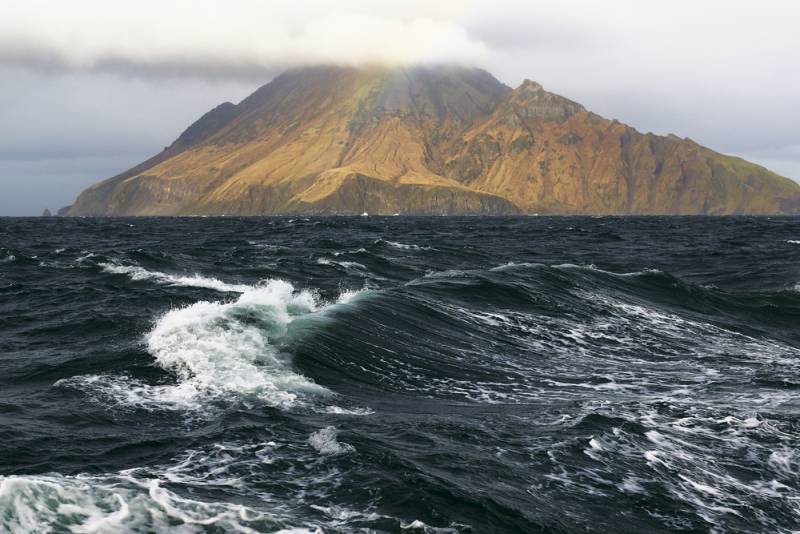 No, comrades imperial subjects, with such an approach it is time to talk about the controversy of Hokkaido. A good move, by the way: to demand the return of the Hokkaido Ainus, who have lived there since time immemorial, and declare themselves the guarantor of their interests (as the Americans like to do). And then agree: so be it, leave Hokkaido Japan, but in exchange for compensation and the abandonment of claims to the Kuril Islands.

No, but what? It is in the spirit of "good neighborliness and cooperation", as it is understood in the West (and in the Far East).

Probably, someone will say that Japan is really interested in successfully concluding a peace treaty with Russia. And if there were any mistakes and incorrect rhetoric there, then this is due to some vertigo from possible success. Well, maybe so ...

But another option is very likely: Tokyo is not satisfied with the return of only two, the smallest objects of dispute - the island of Shikotan and a small group of small islands Habomai. And there they decided to take the lead of the Americans, unobtrusively raising the stakes and putting on the overthrow of power in Russia with the subsequent division of its Far Eastern heritage. After all, it is no secret that on the maps of Japanese nationalists, all the Kuriles and all of Sakhalin are painted in the national colors. And this is such a big score that the Japanese could take the risk.

If we accept this alignment as a basic one, it becomes clear why we heard all these statements from Japan.

And in this case, it is necessary to pay tribute to the Russian authorities: they recognized the poison rather quickly, responded in a timely manner. And although the reaction does not look very harsh (although in a purely diplomatic language, it is very tough, only the ambassador’s response and sending the gunboats), there is no doubt that the prospect of signing a peace treaty between the Russian Federation and Japan has been postponed indefinitely.

Putin, as you know, does not like personal attacks and betrayal. And if he regards the actions of Tokyo as part of a conspiracy with the Americans, then no flattering smiles will fix them for this.

From the dead donkey's ears, they will receive, not the Kuriles.