January 10 2019
26
At the beginning of the nineties, an anti-missile defense system of Moscow and the Amur A-135 central industrial region took up combat-duty watch. In the middle of the same decade, the complex was officially adopted and entered into full-fledged combat duty. Over the past decades, various components of a unique system have become obsolete morally and physically, resulting in a new modernization program. A number of important activities aimed at updating and improving the А-135 system were carried out last year.


First last year news about the system "Cupid" appeared in late January. As reported by the TV channel Zvezda, the calculation of the radar station Don-2Н conducted exercises to detect and repel a massive nuclear missile strike by a conventional enemy. According to the legend of the exercise, the enemy launched a large number of intercontinental ballistic missiles from all main directions. Radar "Don-2H" successfully discovered all these targets, and also highlighted the "real" combat units and took them to escort. Anti-missile launches were not carried out as part of this training. 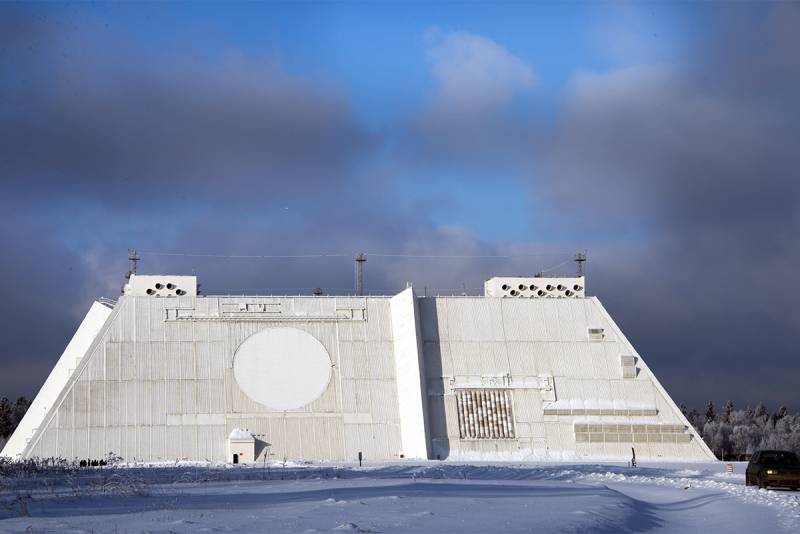 In the context of the exercises at the station "Don-2N" curious statements were made. The head of the department of combat algorithms and programs, Colonel Ildar Tagiyev told the press about current work and their specifics. According to him, at present, the А-135 system is undergoing a profound modernization aimed at improving its characteristics. The peculiarity of the current work is that the modernization is carried out without removing the components of the system from combat duty.

Soon Russia Today news agency published new details of the current program. It also quoted Colonel I. Tagiyev, who noted that in the near future new missile defense systems should be on duty. They will differ from the existing ones by wider possibilities. At the same time, the Amur system is able to repel a blow from any direction. At that time, according to the officer, the modernization of the missile defense complex was in the final stages.

5 February The Department of Information and Mass Communications of the Ministry of Defense announced the launch of a new A-135 missile defense system. The combat crew of the Don-2Н radar station and other components of the system again had to look for training targets and work out actions to repel a massive nuclear missile strike.

New messages on the development of the national missile defense appeared in just a few days. February 12 newspaper Krasnaya Zvezda announced a new test launch of the interceptor missile. According to the newspaper, a new launch of an unnamed anti-rocket missile was launched at the Sary-Shagan test site in Kazakhstan. The product successfully hit the conditional target and showed the specified accuracy. Also in the publication of the Red Star, the current modernization of the missile defense system of Moscow and the central industrial region was again mentioned.

Soon the Ministry of Defense published a video of the test launch. It should be noted that the Ministry of Defense and the "Red Star" in their publications did not indicate the type of the tested antimissile. Nevertheless, an assumption appeared among the experts and on specialized resources, according to which the upgraded tests of the upgraded missile PRS-1М / 45Т6 took place. For some time after the article and video, the discussion of the promising missile and its potential continued in the context of the development of the national missile defense system. Even the lack of data on the new project did not prevent such a discussion.

1 April, the press service of the Ministry of Defense told about the next test launch of a modernized interceptor missile. The event leaders noted that the launch was successful, and the anti-missile was able to hit a conventional target at a specified time. Also, a video was published showing the process of preparing for launch, as well as the launch of the rocket from the launcher and the beginning of movement along the trajectory. As before, the product was called the “modernized rocket” - without specifying the type and modification. 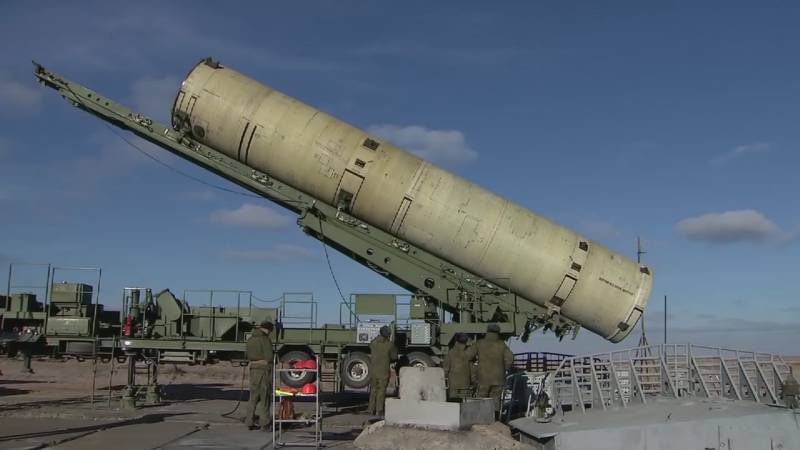 On July 20, the Defense Ministry again talked about the test launch of the anti-missile system and published a video from the test site. As before, the launch was successful and ended with the destruction of a conditional target that imitated the means of a conditional enemy nuclear-missile strike. Any technical details were not disclosed again.

The next test launch of the interceptor missile of a new modification - presumably ORS-1M - was reported on August 30. Together with a short press release and publication in an official publication of the Ministry of Defense, a video was shot at the Sary-Shagan test site. Once again, anti-missile tests have been recognized as successful. The product reached the set trajectory and struck a conventional goal.

On the first day of winter, the military department reported on the next test launch of an anti-missile missile. The calculation of aerospace forces prepared the upgraded product for launch, and then used it to defeat a conventional target. The latter was successfully hit, and the rocket confirmed the inherent characteristics.

On December 6, the command of the air and missile defense of the Air and Space Forces of Russia summed up the year. In the past, 2018 was conducted by a total of more than 220 exercises of various levels. At the same time, however, the command did not specify what proportion of such events was carried out for the purpose of training and testing the calculation skills of the strategic missile defense of Moscow. In official reports of the Ministry of Defense, only two such exercises were mentioned.

At the same time, it is known that in the 2018 year, the Aerospace Forces carried out five test launches of an upgraded interceptor missile intended for use as part of the updated Amur A-135 system. Due to the high responsibility and secrecy, detailed plans in this context were not reported, but it was mentioned that the new missile could be put into service soon.

According to known data, the development of the anti-missile defense system A-135 Amur was launched in the early seventies. The new system was considered as a replacement for the existing A-35 complex. Due to the extreme complexity of the program, development work on a large number of individual projects has been carried out for a long time, right up to the early nineties. In particular, for testing all the basic elements of the future A-135 combat system, an experienced A-135P complex was built at the Sary-Shagan test site. 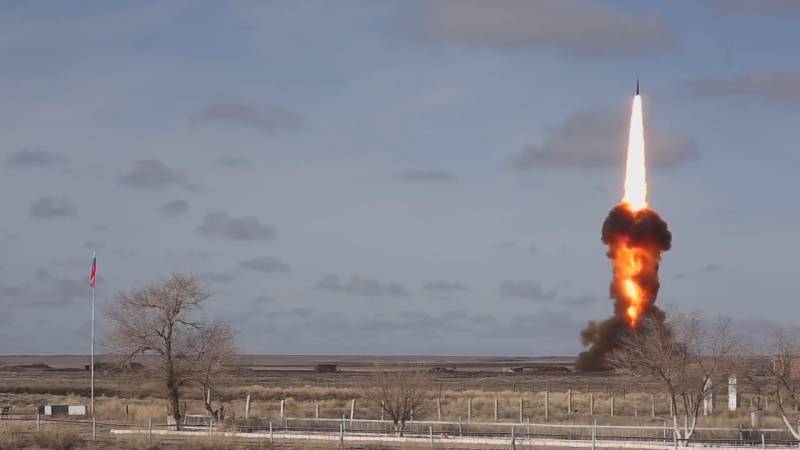 At the very end of the eightieth, the Amur A-135 system, which was deployed in the Moscow region, passed state tests, after which it received a recommendation to be put on duty. Soon, the components of the system began operational combat duty, which lasted several years. Only in 1995 was the official adoption of the missile defense system in service with the subsequent setting on combat duty.

According to open sources, several major components were present in the A-135 system. The task of monitoring the situation and searching for targets in the atmosphere and beyond the atmospheric space is assigned to the 5H20 radar station Don-2Н. The radar is connected with the command-computing point 5К80, the main element of which is the Elbrus computer complex. This element of the system provides for the processing of data on targets and the management of fire weapons.

Radar "Don-2" is capable of simultaneously accompanying over a hundred ballistic targets. In parallel, it can manage the guidance of several dozen antimissiles. In different sources, the number of guided missiles varies from 30-40 to 100.

In the past, the Amur system included anti-missile interceptors of the 51Т6 type. According to various sources, there were at least two shooting complexes on duty with such weapons. The 51Т6 missiles could attack ballistic targets at ranges of at least 300-350 km and at altitudes up to 150-200 km. The anti-missile 51T6 was in service until the 2005 year. It is curious that because of the general secrecy regime, this decision of the Ministry of Defense became known only a few years later, at the beginning of the current decade. After abandoning 51Т6, the A-135 system was left without long-range interception.

In service remains the short-range interceptor 53Т6, also known under the designation PRS-1. This product is capable of hitting ballistic targets at ranges up to 100 km and altitudes up to 40-50 km. Initially, such a rocket was an addition to the 51Т6 interceptors with a longer range. According to foreign data, there are now five firing systems with 12 antimissiles on each on duty - all 68 missiles of the type ORS-1, ready for immediate launch.

A large-scale modernization program for the A-135 PRO system is currently being implemented, the objectives of which are the updating of various components and the improvement of the main characteristics of the complex as a whole. In a number of sources, the Amur modernization project is referred to as A-235 and under the code Samolet-M. According to the news of recent years, the А-135 modernization project has already reached the stage of immediate renovation of the material part. 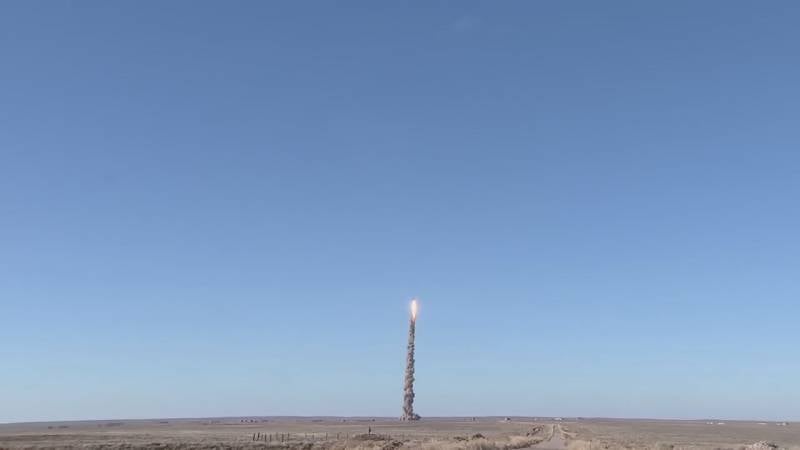 Last year, the replacement of radar equipment "Don-2N" was mentioned. Similar procedures are apparently being carried out on other components of the anti-missile defense system. An important feature of the program is to perform work on objects without suspending their combat duty. Due to this, the aerospace forces receive new opportunities, but they do not even temporarily lose the ability to solve their tasks.

Since 2017, the Russian defense industry has been testing a promising interceptor missile, the 1, based on the serial 53Т6, at the Sary-Shagan test site. The exact characteristics of ORS-1M are still unknown; The same is true of information on the capabilities of such an antimissile. However, earlier in different sources figured the expected growth of the main characteristics. According to some estimates, the rocket will also be able to carry out so-called. Kinetic interception - to hit the target due to a direct collision with it.

According to statements by officials, the existing missile defense system of Moscow and the central industrial region in its current form is capable of fully solving the assigned tasks. She can monitor the environment, identify threats in a timely manner, and then respond to them in the right way. The entire system, including several separate components for different purposes, can repel a massive nuclear missile strike using modern weapons.

The A-135 Amur system has a fairly high potential, but the Ministry of Defense and the military-industrial complex are carrying out a program for its modernization. This project provides for the renewal of the material part through the introduction of new components, including the promising interceptor missile. It is expected that this will lead to an additional increase in basic tactical and technical characteristics and combat qualities.

The upgraded missile defense system will be able to continue service and, if necessary, respond correctly to emerging threats. The modernization program is not yet complete, but some of its stages have already been completed. Thus, over the next few years, Amur will be fully updated to obtain all the desired results.