"Denationalization" of the Russian elite

January 8 2019
391
Zbigniew Brzezinski once said: “Russia can have as many nuclear suitcases and nuclear buttons, but since 500 billions of dollars of the Russian elite are in our banks, will you figure it out: is it your elite or is it already ours? I do not see a single situation in which Russia will use its nuclear potential. ” In this rather accurate statement, the American political analyst and politician touched on only one way to “denationalize” the elite, and not the most important one. After all, money, in the end, and you can donate. There are other, even more efficient technologies. 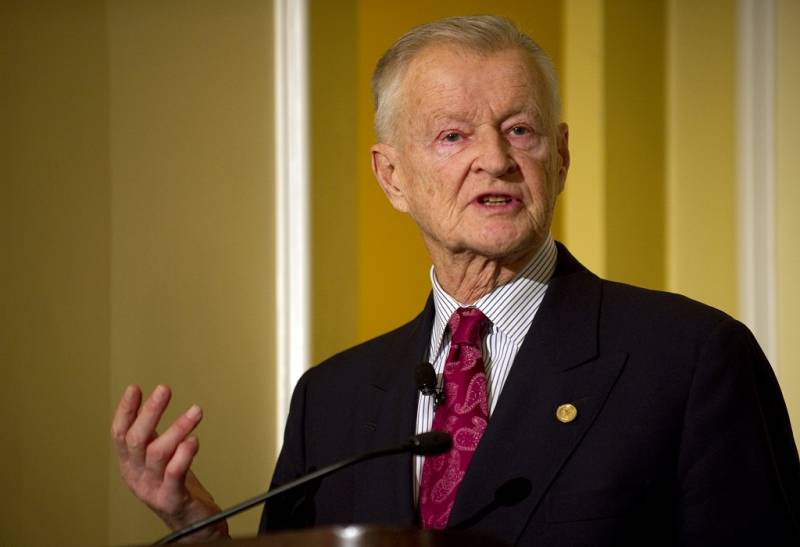 In general, the subordination of a country or a people by taming its elite is a long-standing method practiced since ancient times. Thus, the ancient Greeks, who were afraid of the Scythians in panic, tried, if not to conquer them, then at least to protect their policies from their raids, by introducing their leaders to the Greek culture. However, as reported by Herodotus, if the Scythian kings began to adhere to the Greek customs, their subjects mercilessly killed them. 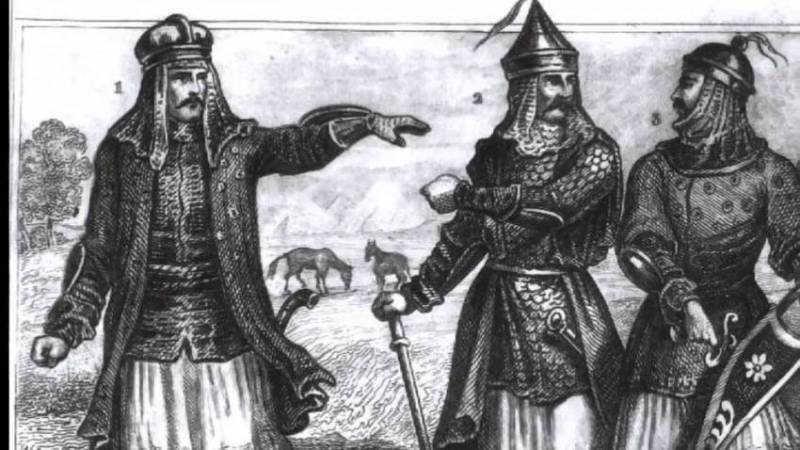 Much later, the Radhonite merchants subjugated the Khazaria to themselves, seizing its elite through kinship.

This method is all the more convenient because the peoples conquered in this way do not perceive what is happening as enslavement by external force - their rulers and leaders speak as they do, and they also look like, although they internally become carriers of very different values ​​and different cultures.

This method of control and enslavement was brought to near perfection by the Anglo-Saxons, who, generation after generation, are raised by the elites of the countries they conquered. In Britain, this is a whole network of private closed schools and universities, in the United States they are even more ambitious - they are preparing agents of influence not only from the number of high-class offspring, but also any people who are promising in this sense. Including on short-term courses. 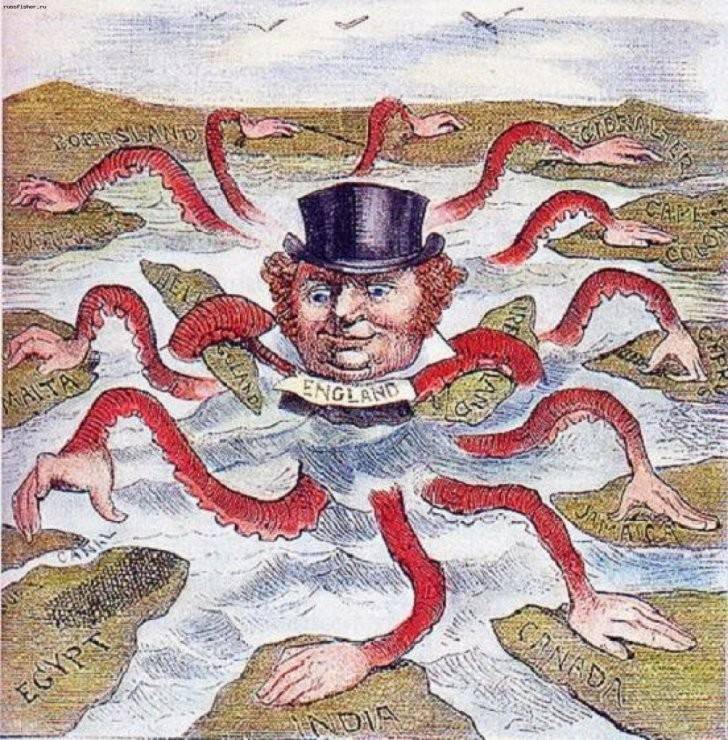 The son or grandson of a statesman, educated and convinced of the absoluteness of Western values, eventually becomes a high-ranking official and begins to function in accordance with these ideas. At the same time, he considers his homeland as a place if not a forced link, then a business trip. 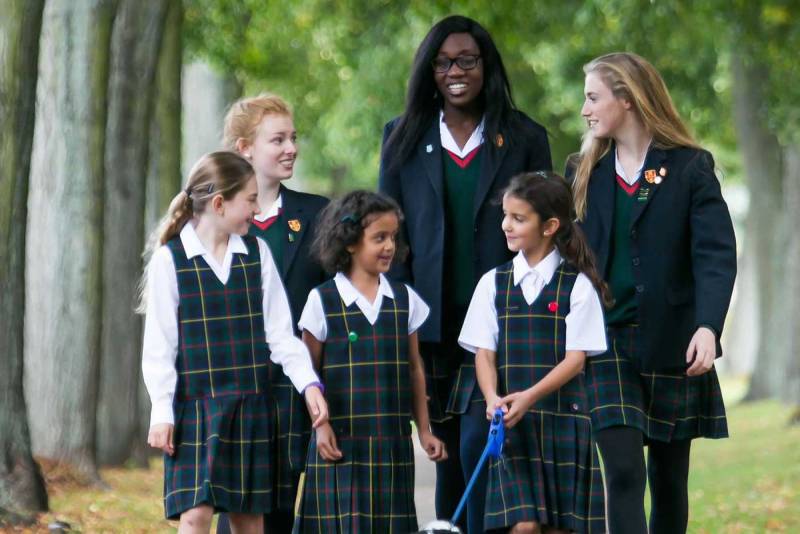 In addition to ideological motivation, while studying for the future agent of influence, a fair selection of compromising material is collected that will allow, if necessary, to “help” him to make the right decision. In addition, children or grandchildren, students or simply living abroad, are a great tool for influencing a statesman who would be foolish not to use if necessary.

Note that for the formation of the personality of the future conductor of British interests, in addition to the usual brainwashing, initiation into secret societies is used (almost every private school and university in the United Kingdom has its own bed), as well as familiarization with sodomy, which is an important tradition of British educational institutions. 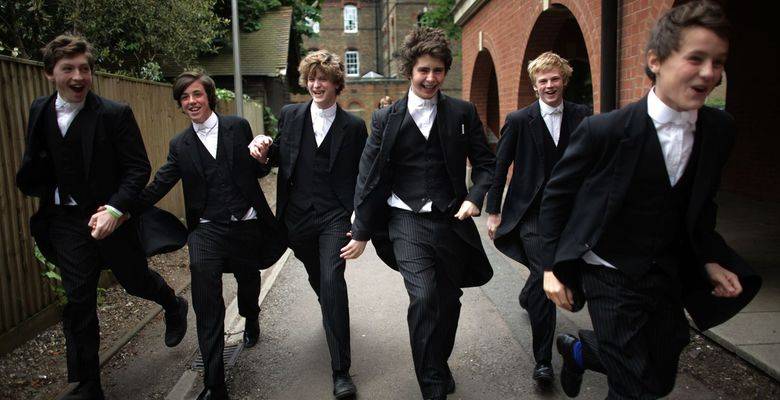 English-speaking countries are not only consistent and bitter enemies of our state for several centuries, but they also have a counter-intelligence (and intelligence) regime perfected to perfection, and every Russian arriving in them is considered for operational interest.

That is why tourist trips to these countries are being tabooed by officers of the special services - with the highest probability they can become objects of recruitment or provocation.

But for some reason, this sensible rule does not apply to statesmen, including those on whom much more can depend than on an ordinary FSB opera. 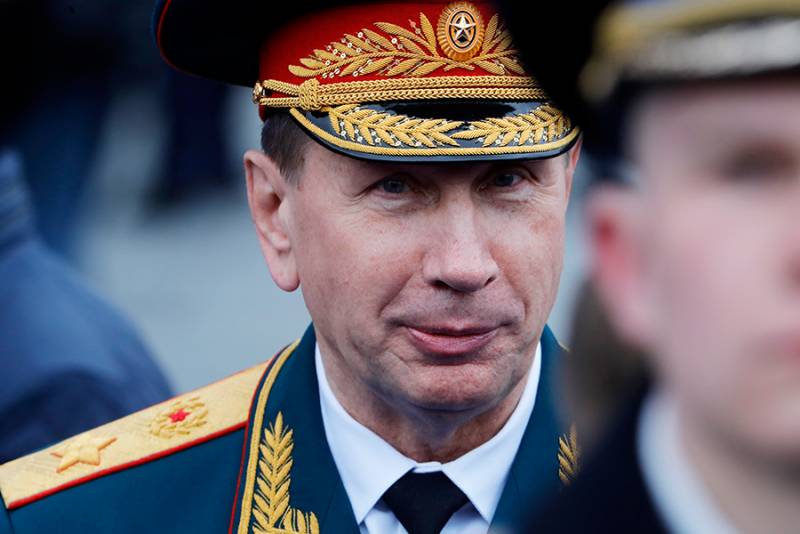 Materials periodically appear in the media about the protracted conflict of Viktor Zolotov, Director of the Federal Service of Forces of the National Guard of the Russian Federation, and opposition politician Alexei Navalny, who has repeatedly accused the army general of corruption.

Among other things, in one of the videos, the oppositionist Navalny asked himself the question “what money do the grandchildren learn?” Zolotov in England. In late December, Viktor Zolotov, in an interview with Komsomolskaya Pravda, said:
“My grandson is really studying in England. And his father pays for his studies. I want to say that my grandson is studying perfectly well, I am proud of him .. In three years he will return, and I am sure that he will be a good economist. ” 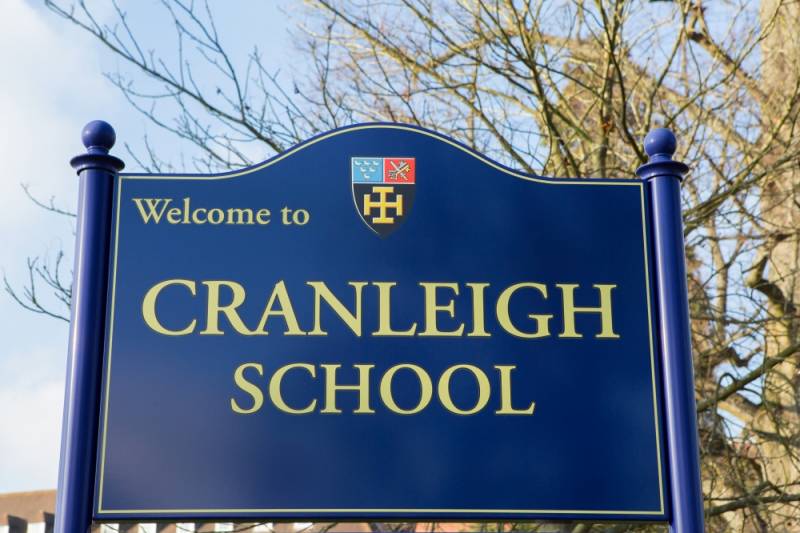 However, in my opinion, the matter is not at all in the origin of the money for education, but in the very fact of study of the grandson of the commander-in-chief at the private English boarding school at the Cranleigh School in the village of Cranley, Surrey. 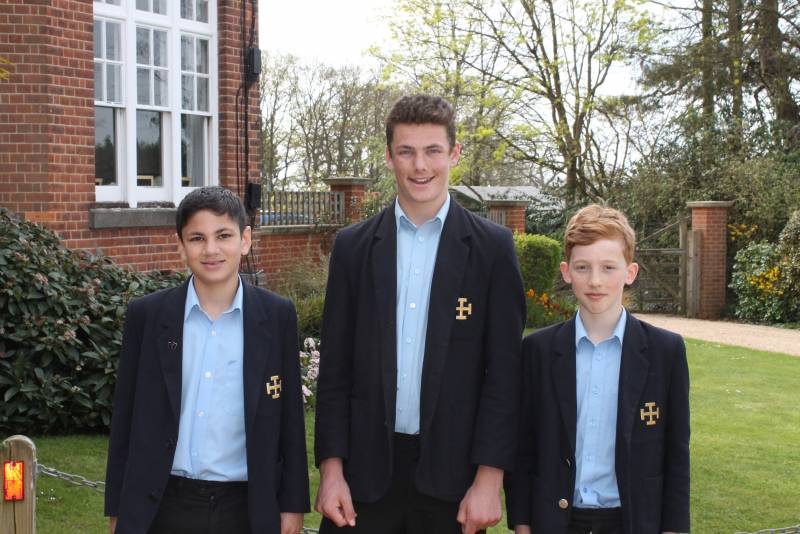 It is no secret that the opponents of our country do not give up hope and attempts to play on the internal Russian contradictions and blow up the state from the inside with the help of a “color revolution”, a coup or insurrection. In light of this, the post of army general Viktor Zolotov may be key to saving Russian statehood and sovereignty. Actually, the Institute of the National Guard troops of the Russian Federation itself was created to fight the internal enemy and protect the state system.

How permissible within the framework of this task is the existence of “hooks” for which the head of the department can be pulled from abroad, from the country that is one of the main world centers where intrigues are woven against Russia?

Write off on lack of awareness does not work. Viktor Zolotov simply cannot but know and not understand this - he himself comes from the special services, who served in the KGB of the USSR, in the GUO of the Russian Federation and the FSO, including in personal protection. 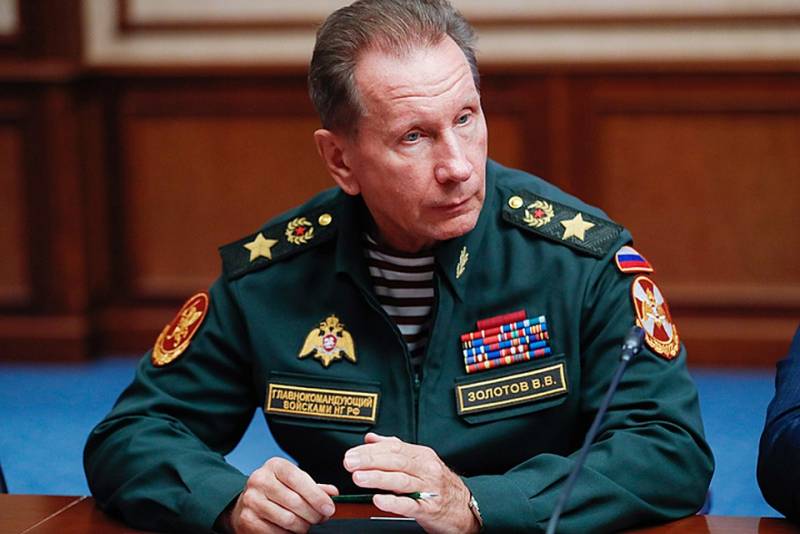 Is it possible that a powerful army general, rumored to be part of the closest circle of the head of state, cannot provide his grandson with the necessary education to become a “good economist” in his homeland? But the fact is that the question is not only and not so much in the quality and level of training. The times of Peter the Great, when noble children were sent to Amsterdam to study “navigation” in order to later turn their homeland into a maritime state, were long gone. Today, on the contrary, the West is pulling “brains” from Russia with all its might, and almost a third of Silicon Valley specialists have a Soviet or Russian education. 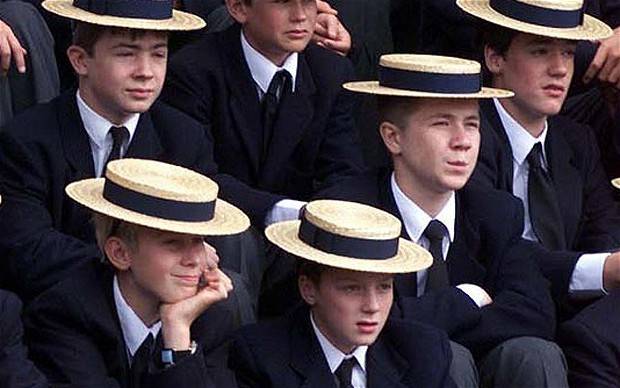 The thing is different: studying in a private school opens up the possibility (or hope for the opportunity) of membership already in the western elite. And those who send their offspring to study in such institutions do not see their future in Russia. By agreeing with the values ​​that they will be grafted in private boarding houses, they want to see them in the community of those who diligently and consistently prepare for the destruction of our country (the plans of the Western elite in relation to Russia are well known).

The statement of the already mentioned Brzezinski that “the new world order will be built against Russia, on the ruins of Russia and at the expense of Russia,” is known to all.

General Zolotov is a figure, undoubtedly, more than significant, but he, alas, is not the only representative of the leadership of our country (his post corresponds to the ministerial one), whose close relatives study or live in Anglo-Saxon countries. It simply became known about him thanks to the conflict with Navalny, who, by the way, himself completed six-month training at Yale University under the Yale World Fellows program, aimed at "building a network of new world leaders and expanding international understanding." 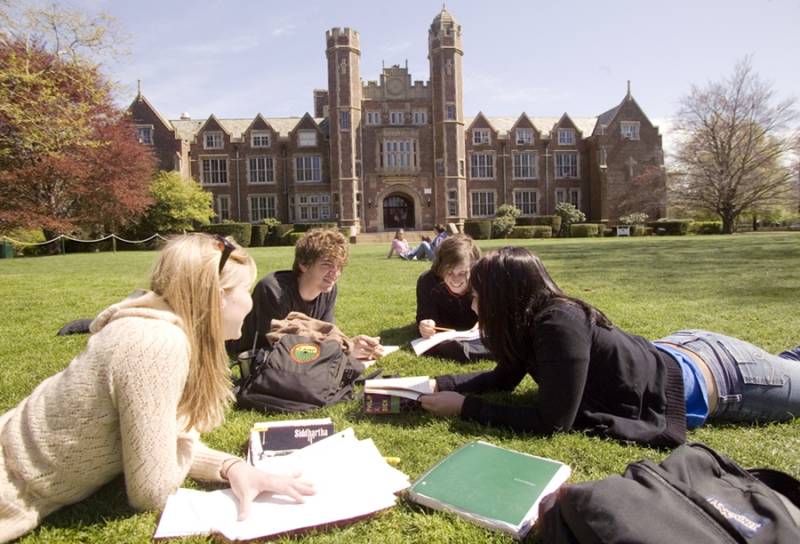 In total, according to Kommersant, the number of Russian schoolchildren in the UK, according to various estimates, ranges from 1 thousand to 3 thousand people. Each year, the ten largest Moscow companies that advise parents on studying abroad, contact 100-150 clients, whose children are mostly enrolled in British educational institutions.