11 2012 June
161
At the arms exhibition in Paris, the Israeli firm IWI will present several new modifications of their Tavor, X95 and Galil assault rifles. Among other things, the company will present a new 40 mm grenade launcher. 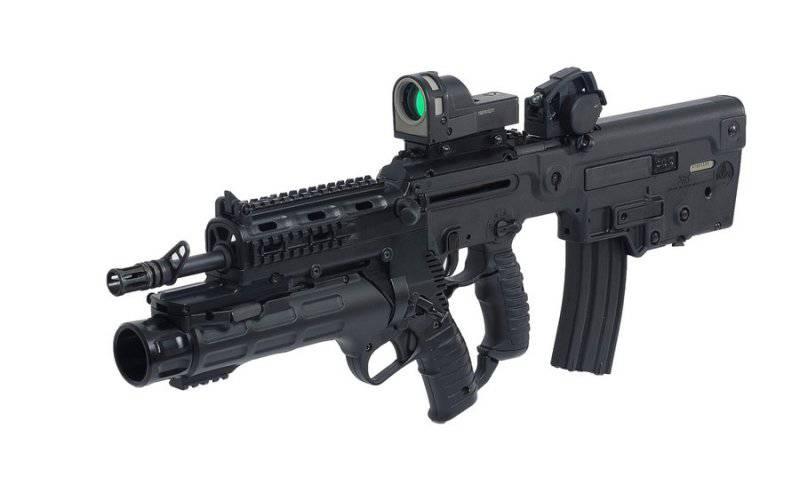 New configurations "Tavor" allow you to mount on this assault rifle most types of day and night sights, as well as additional accessories. Initially, an American M-203 grenade launcher was attached to this machine, but it was somewhat inconvenient. Therefore, IWI decided to develop its own version.

The new 40mm “grenade launcher” weighs within 1.4 kg. Two versions with a barrel of different lengths have been launched into production: the first one has an effective firing range - 300 meters, and the second - 400. For comparison, the GP-25 and GP-30, which are in service with the Russian army, have a weight of 1.5 and 1.3 kg, respectively, and the firing range is 150 meters. In a press release, the manufacturer notes that this grenade launcher is suitable for installation on all types of modern rifle weapons.

Tavor - initially initiative development of Israel Weapon Indasrties. The first samples of the machine arrived at the test at the beginning of the 90-x. He then had a somewhat futuristic look - the designers began to develop from the appearance of the weapon, and assigned the designers to this business. The emphasis was on ergonomics, and the Tavor itself was like lasers from science fiction films. The army, although it did not make the order, nevertheless, closely followed the potentially interesting sample and provided all possible assistance to the developers. 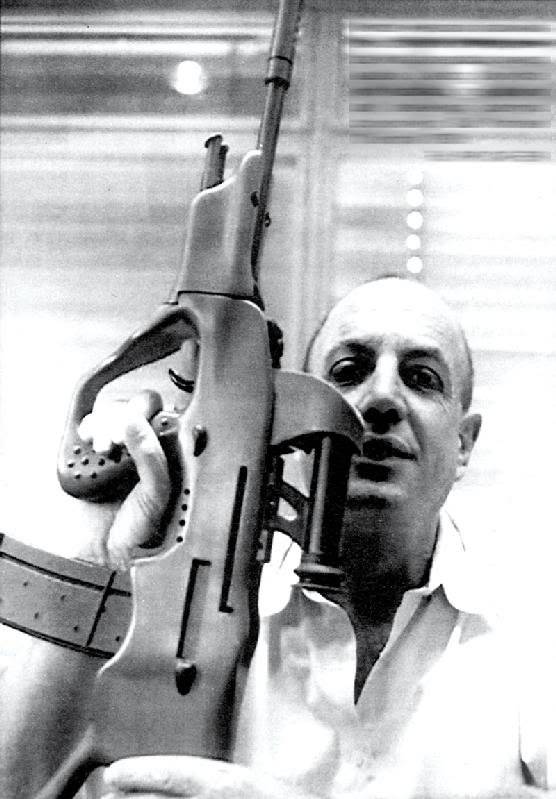 The first version of "Tavor" 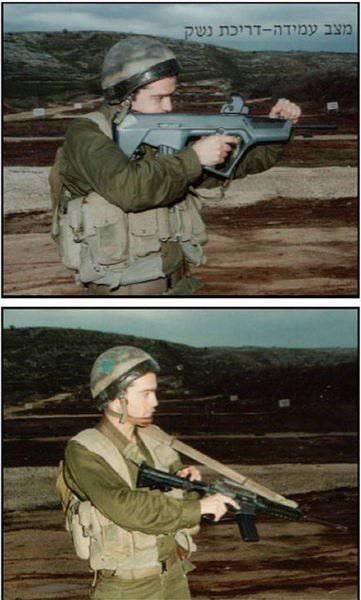 However, already in 2000-m, he became like a real military weapon. When the author of the article first managed to see him, the machine gun was green and did not have any picatinny slats. Later, during the operation “Protective Wall”, the machine gun went over to tests at special forces. Then the Mars collimator sight with the integrated laser target designator appeared on it. Subjectively, at that time it was not possible to shoot an assault rifle - Tavor was comfortable, applied, had excellent ergonomics, had a slightly unusual, but very well located center of gravity, and literally “stuck” in the shoulder. 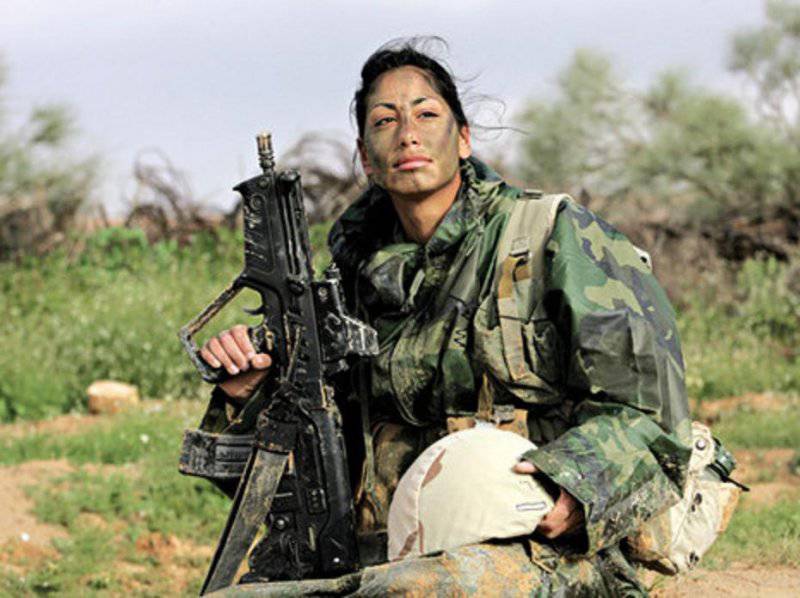 To date, TAR-21 (this is the official name of the first version of the rifle) is in service with 15 countries (excluding Israel). Mostly, these weapons are being bought by special forces, but lately, regular armies have also been arming them. So, they are re-equipping their army with the kingdom of Thailand (more than 60000), the machine gun was purchased by the armed forces of Vietnam (they are armed with marines). In India, various special forces units purchased more than 15000 barrels, and Tavor is one of the main favorites of the current competition for a new assault rifle for regular units. 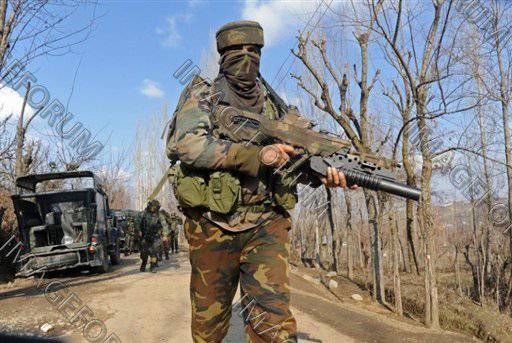 Tavor in India at a special forces soldier 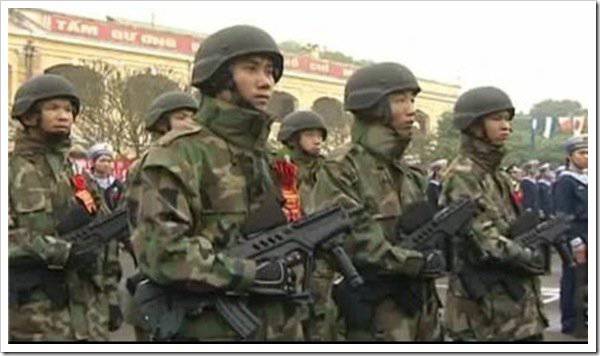 In the countries of the former USSR, the machine gun is in service with the special forces of Azerbaijan and Georgia. And if in Georgia, which received around 3000 rifles, the supplies of the “three eights” after the war were completely stopped, Azerbaijan plans to replace the AK with Tavor, having built a plant for the production of this assault rifle on its territory. 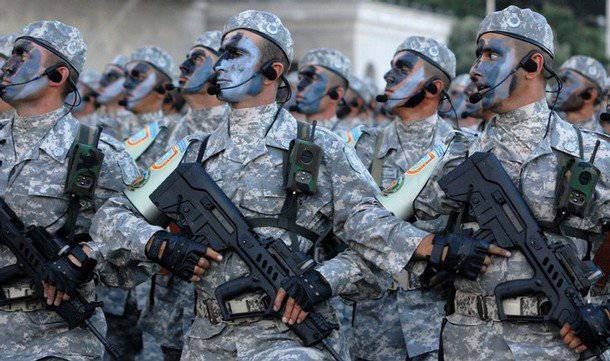 In addition, after a series of delays, Tavor enters the US civilian arms market - a plant was recently commissioned to circumvent a number of restrictions for exporters of weapons. For private users the rifle will cost $ 1,999.95. With a "native" sight - 2600. 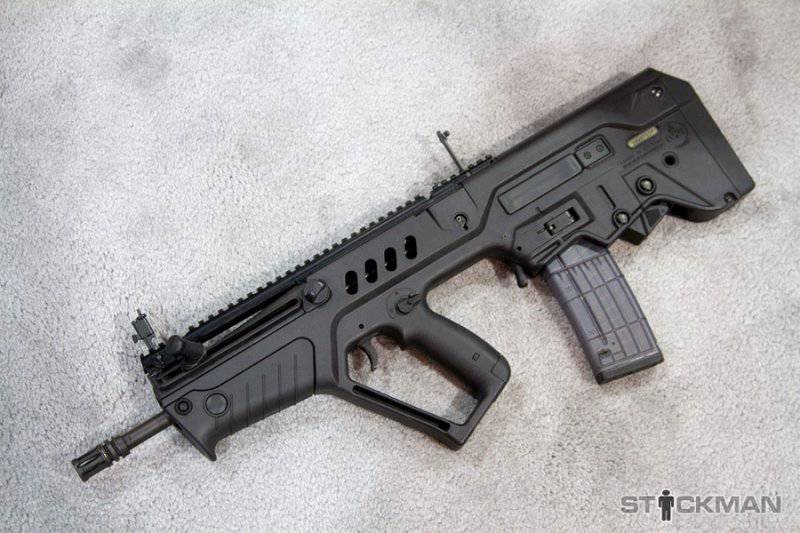 The bed and body of the Tavor assault rifle are made of composite materials with metal inserts. Plastic - black. Shops - regular for rifles М16 and М4, standard NATO. The IDF routinely comes with Mars collimator sights with integrated laser target designator. 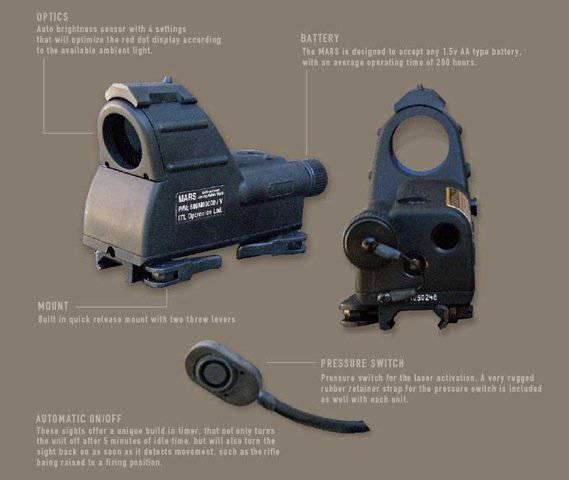 Users note that the rifle is unpretentious, comfortable, accurate, has a little tight descent. Changing the store doesn’t cause any difficulties for the user who originally trained on this machine, or who has passed the corresponding course. The basis of automatics is the removal of powder gases from the barrel bore through the vapor assembly located above the barrel and hidden by the weapon body. The gas piston rigidly fixed on the slide frame has a long working stroke. The barrel is locked by turning the bolt on the 7 lugs. 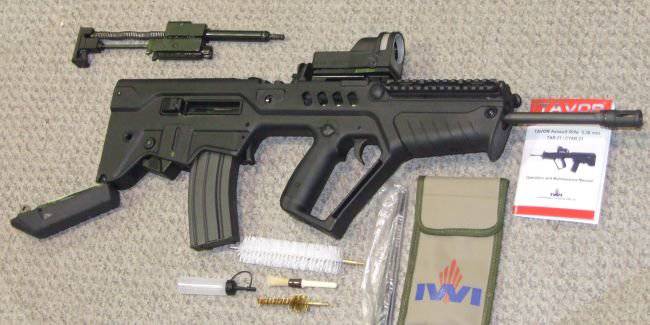 Incomplete disassembly can be done in the field without using any tools, for which it is sufficient to push out the connecting rod located in the upper rear part of the butt. Then the butt plate on the hinge leans back and down, and the slide frame assembly is removed to the outside.

X95 is the development of Tavor. The machine gun was developed in close cooperation with the fighters of elite units and taking into account their specific requirements. The designers managed to reduce the weapon, while maintaining the length of the barrel. 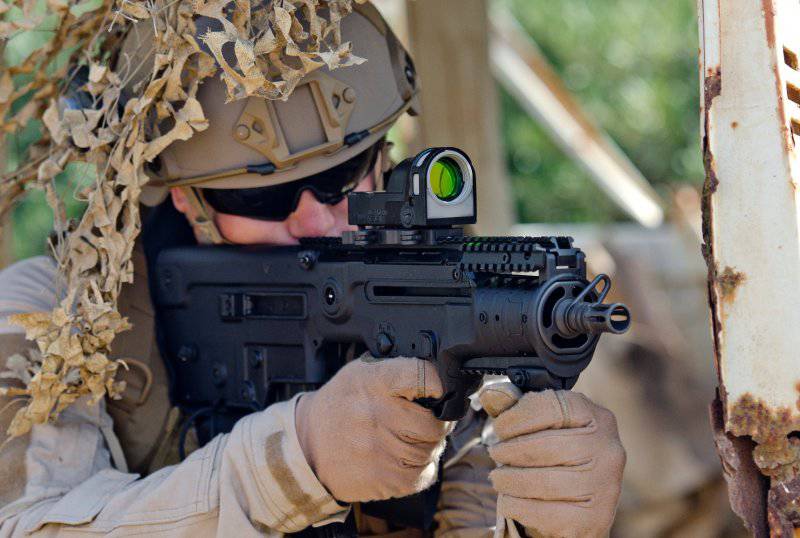 In addition, the store shift button is moved forward, under the index finger. In addition, thanks to a special converter consisting of a barrel, bolt group and a magazine receiver, the X95 caliber can be quickly changed from 5.56 to 9mm. 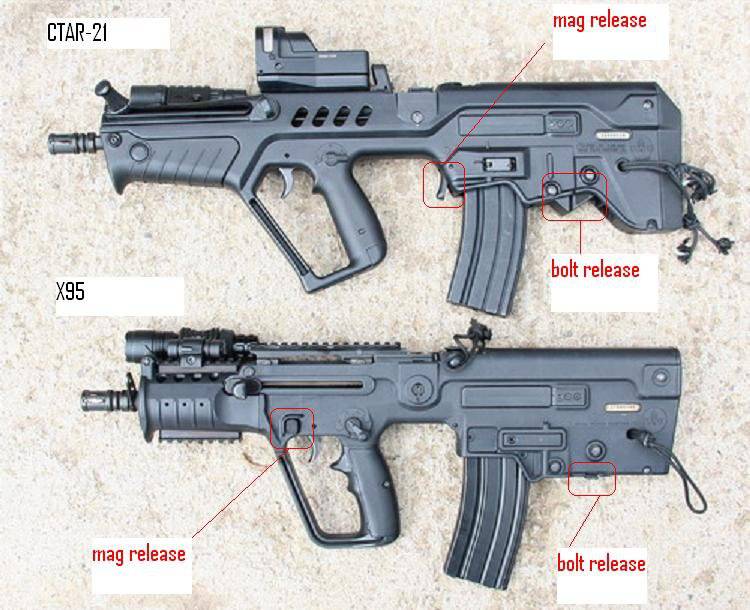 It is this version of TAVOR that should enter into service with the IDF and change the first model. It was also her in the number of 12000 units that Indians ordered, and, apparently, in the near future, it will completely replace the first version of Tavor. 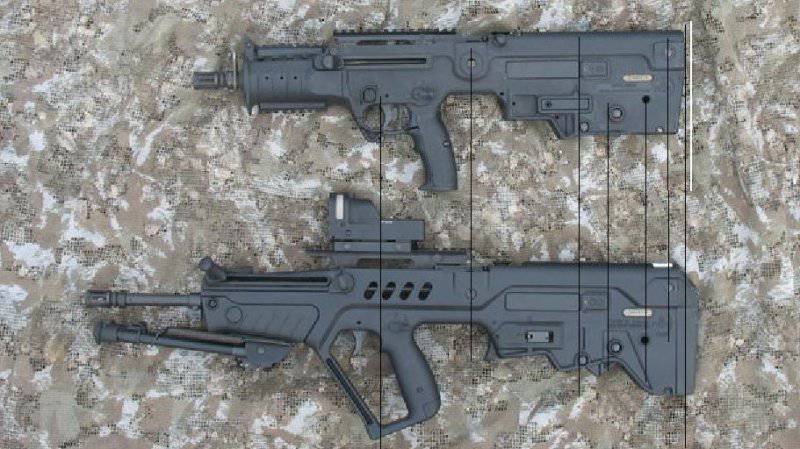 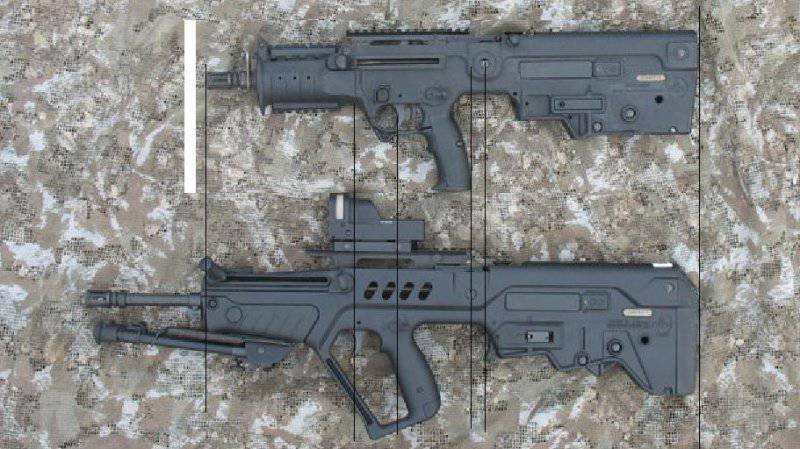 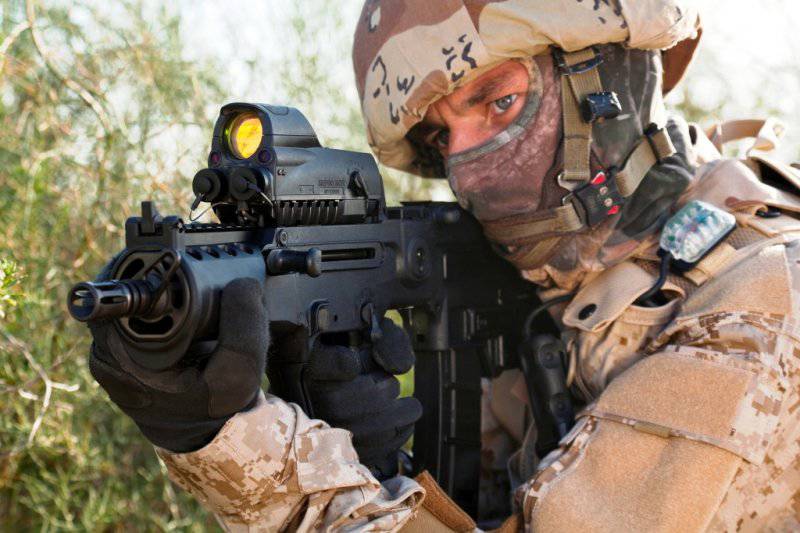 It is often mentioned that Israeli weapons are developed ONLY for a specific Middle Eastern theater. This is not true.

The Israeli military industry is export-oriented, so it cannot afford the luxury of taking into account only local realities. Therefore, the machine was tested in very exotic conditions, and has a high level of reliability. It is worth noting that the first version of "Tavor", during the transition to mass production, there were certain complaints, however, the manufacturer made the appropriate adjustments, and at the moment there are no more reports. 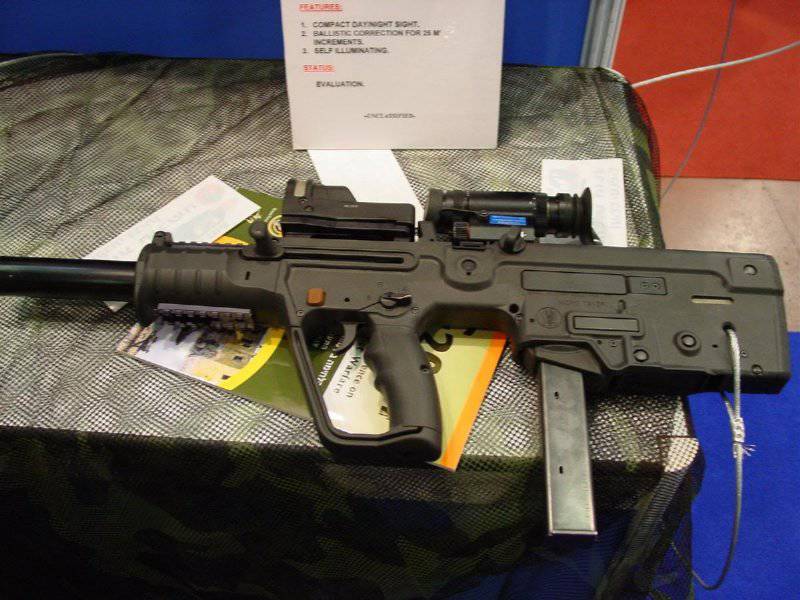 X95 under the pistol cartridge

Galil ACE (ACE N)
Not only Tavor is transported to Eurosatory 2012. Despite the fact that the Galil machine gun (the Israeli license of the Finnish Velmet, which, in turn, was an AK clone under 5.56), was removed from the IDF, it is actively used by the armies of many countries (more than two dozen). Initially, a number of improvements were made to the “Galil” compared to the original design (for example, a more convenient valve and a two-way fuse). Due to the high quality of the rifle itself, and the reliable operation of the mechanism, mostly borrowed from AK, Galil gained deserved popularity among users. It is thanks to them that a number of improvements have been made to the IWI. 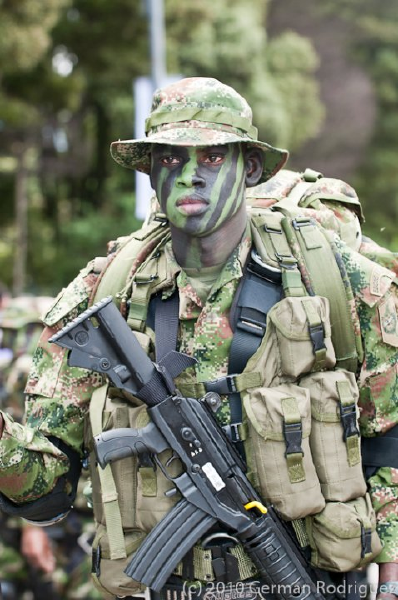 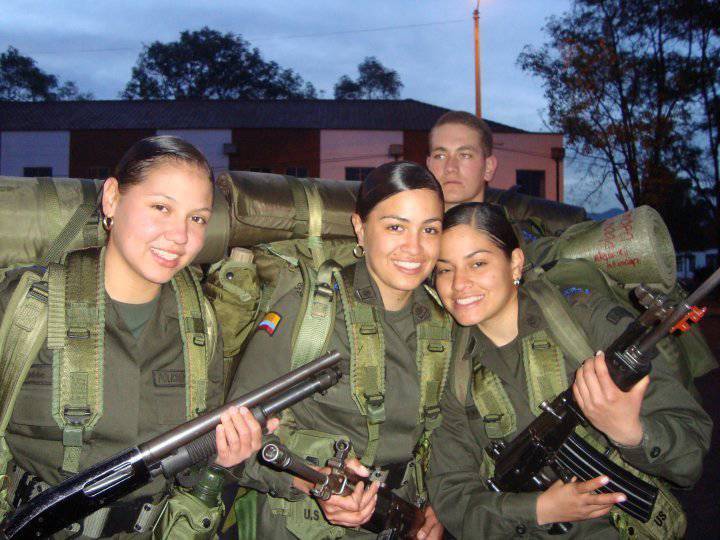 The main role in the project was played by Colombia. "Galil" there is a standard army weapon. However, the army wanted something more modern, corresponding to the realities of today. Basically, the changes focused on ergonomics - integral guides, a shutter transferred to the other side, a more comfortable grip, and a telescopic butt. The Galil ACE weapon line includes the three most common types of ammunition in the world (NATO 5.56x45, 7.62x39 M43 and 7.62x51 NATO). The machine conforms to modern NATO standards (including environmental ones). 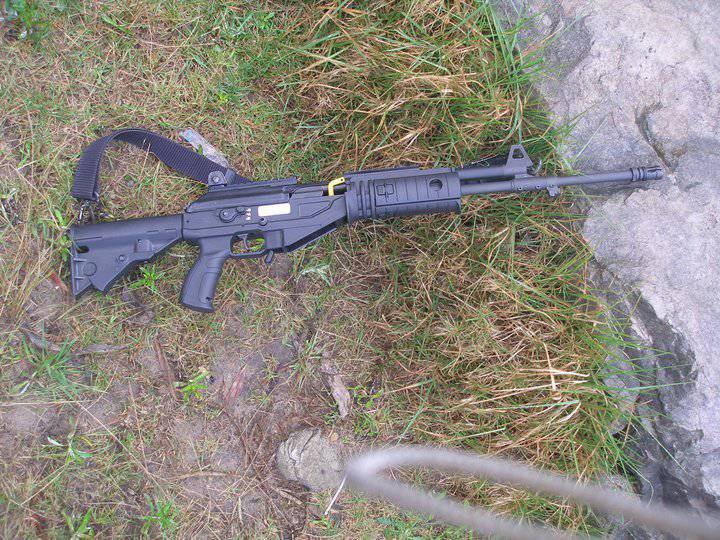 Galil ACE in Colombia. The yellow object in the barrel is a special Israeli fuse that allows you to carry a machine gun with an inserted magazine without the danger of a spontaneous shot. The fuse has the form of a cartridge. In case of danger, the shutter cocked - and the fuse flies to the side, freeing up space for the combat charge 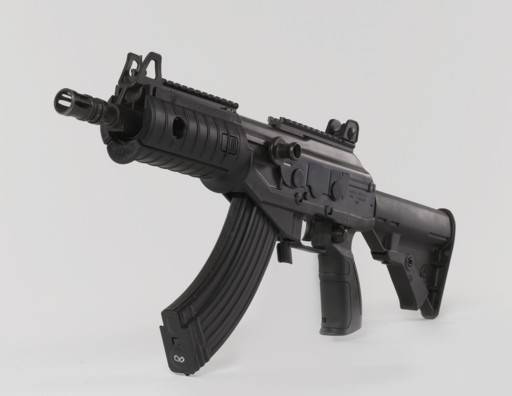 The receiver box is milled from steel, so it has high strength and resource. The cover of the receiver is stamped from steel, the neck of the magazine receiver, trigger guard and pistol grip are made of high-strength plastic. The fuse-translator of fire regimes is duplicated on both sides of the weapon and provides firing with single shots and bursts. 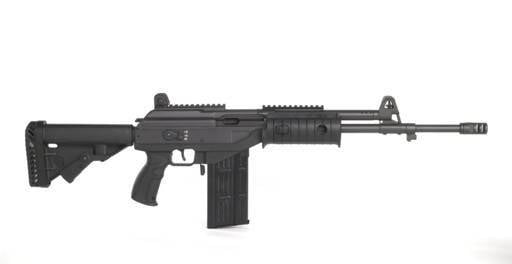 
Cocking handle can be located both on the left and on the right side of the weapon and is rigidly connected to the slide frame. 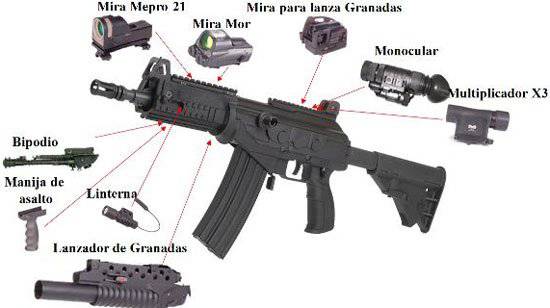 The slot for the handle is covered with a spring-loaded dust-proof shutter that automatically opens when the bolt carrier rolls back and also automatically closes when it comes to the front position, reliably protecting the weapon’s mechanisms from dust, dirt and other foreign objects regardless of the position of the fuse. In Colombia, the machine is manufactured under license. 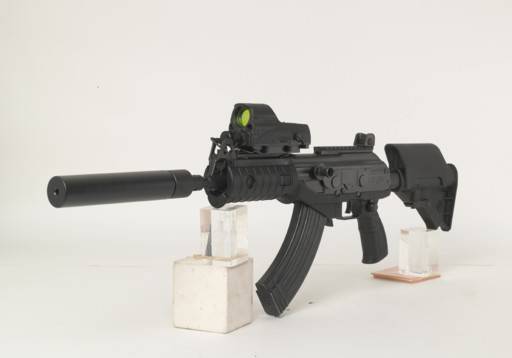