The Ministry of Defense of the Russian Federation decided to modernize the Be-12 amphibious aircraft fleet.

January 5 2019
161
The Russian Defense Ministry decided to upgrade the Be-12 amphibious Chaika this year. It is reported by the press service of the Russian military. 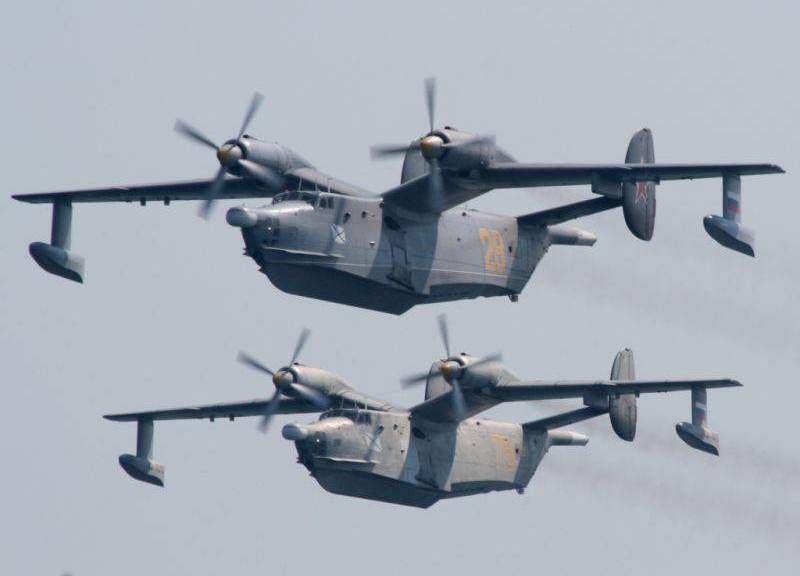 As explained in the Ministry of Defense, during the modernization of the aircraft will receive a fundamentally new search and targeting system and modern weapons. On the Be-12, all three complexes for obtaining intelligence information about enemy submarines will be radically updated: sonar, radar and magnetically sensitive. In addition, the arsenal of amphibians will replenish with modern anti-submarine torpedoes and depth bombs.

The decision to upgrade the remaining Be-12 “Chaika” fleet was made at the beginning of 2018, at the same time the tactical-technical task and the package of documents needed to start the research and development work on the modernization of anti-submarine aircraft were formed.

Be-12 "Seagull" (according to the NATO codification of Mail) - anti-submarine amphibious aircraft (flying boat). The first flight of this machine took place in 1960, and since 1963 she began to enter service aviation Soviet naval fleet. From 1960 to 1973, 143 Be-12s were launched. To date, the last six vehicles are part of the 318th Air Regiment of the Black Sea Fleet. In addition, about 10 more amphibious aircraft are stored at the Taganrog aircraft factory and Ostrov airport.