There is such a profession: the offensive announce

January 2 2019
43
Over the past six months, the speaker of the armed forces of the DPR, Eduard Basurin, four times announced the date of the full-scale offensive of the Armed Forces of Ukraine. Bloggers howled several times about the inability of the republics to repel a blow. As a result, 2018 is over the year, but still at the forefront. 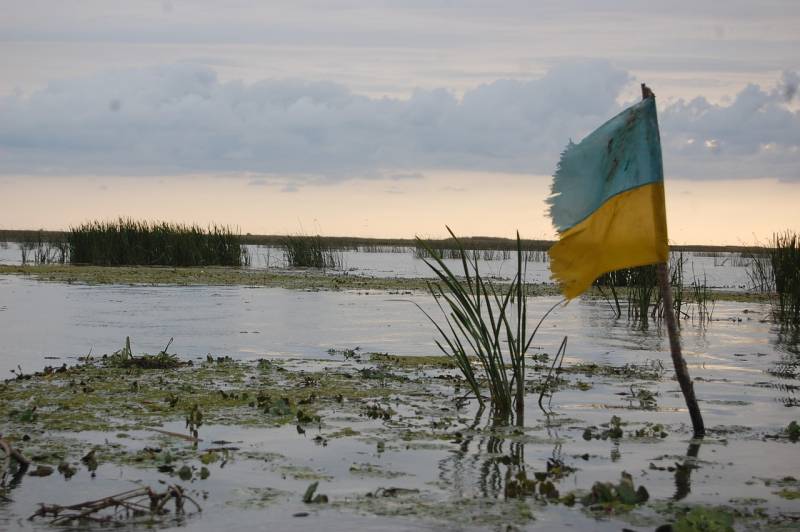 I would like to make a remark right away: if the notorious offensive does begin, the author, like the overwhelming majority of the population of LDNR, will take this circumstance as a wonderful gift under the Christmas tree - Minsk-2 and nasty games of politicians are already sick of everyone. The way out of the current vague situation, it seems, lies only through fighting.

However, only omniscient bloggers who specialize in weekly prophecies of the apocalypse, and especially credulous Internet dwellers, have long responded to the panicky reports of Eduard Basurin. For the rest, Basurin’s forecasts do not work - they sounded too often. Sometimes it becomes scary: what if this time he turns out to be right, and no one takes him seriously anymore?

In the last six months in Donetsk, they spoke four times about the offensive. On August 20, the Defense Ministry stated that Kiev might launch an offensive in the Donbas to get a reason to cancel the presidential elections in Ukraine in the spring of 2019. September 1 "thanks to data obtained from previously shot down UAVs," the attack was scheduled for September 14. Then they moved to December 14 (with an obligatory terrorist act that regularly appears in the statements of the DPR military since 2015). December 17 Eduard Basurin said resolutely: "The offensive of the Armed Forces of Ukraine will begin under Gorlovka, by the forces of the 20-thousandth group, December 24-25."

In this regard, the LDNR is already beginning to seriously remind Kiev - there, too, a favorite fun and effective way to divert public attention from pressing problems, is considered the announcement of the soon and decisive invasion of Putin's hordes. I remember that we both laughed at the insanity of the Ukrainian propagandists and politicians in the 2014-2015. Now we are competing with them in this fine art.

Offhand, in 15 minutes, you can find a lot of already unfulfilled projections from the company of Eduard Basurin (it is clear that this is not his initiative - he voices what they slip). 23 August 2015 also promised an offensive with a terrorist attack. The attack, by the way, was also promised many times, even without an offensive.

16 November 2015 received a new statement: "Ukrainian punishers occupy neutral territory and are preparing for an offensive." December 7 2015 Basurin again on horseback: "The APU during the" passive offensive "occupied five settlements in the neutral zone. The nature of the shelling says that the Armed Forces of Ukraine are preparing an offensive. "

24 January 2016: “The shelling by the Ukrainian militants has ceased to be provocative. This suggests that preparations are underway for a full-scale offensive. ”

20 December 2016: "The Armed Forces of Ukraine are preparing a large-scale offensive from Debaltsev and have already begun to evacuate the population from Kiev-controlled settlements."

5 February 2017: "Ukrainian security forces are preparing an offensive on the Donetsk direction, transferring fresh forces and heavy weapons to Donetsk."

And so on. Honestly, I have no time to compile a complete list.

It is possible that some of the operations of the Ukrainian Armed Forces really was disrupted as a result of operational actions of the intelligence of the BCH and the subsequent announcement of the insidious preparations of Kiev. Nevertheless, it’s impossible to believe that Basurin’s revelations are disrupting Ukraine’s plans a dozen times: if Kiev decides that it’s time to go on assault, the Ukrainian General Staff will stop nothing - neither publicity, nor loss.

A natural question arises: why do the military repeatedly discredit themselves, undermining the confidence of the population, their own soldiers and the rest of the world? The answer, according to the author, lies not only in the need to distract the residents and soldiers of LDNR from unpleasant reality and attempts to prove that the press service of the people's militia of the LC and the DPR are not in vain mastering their budgets. No less important is the task of creating an alternative reality, which will replace the real picture of what is happening at the forefront for the population of Russia and Novorossia.

Because the absurdity of what is happening on the line of demarcation, contradictions between various military-political factions, the growing systemic crisis of the armed forces of Novorossia and the general senselessness of existence under the conditions of the virtual Minsk agreements - all this becomes more and more ridiculous every day.

Telling about what is happening on the front is vital and at the same time extremely dangerous, the emergence of claims, primarily among important Russian comrades, influential media, etc. Well, and lastly, among supporters from the Russian Federation and other countries, as well as its own citizens and military personnel.

Therefore, Donetsk and Lugansk (as if a mirror image of Kiev) create their own “working” version of the war, with soldiers virtually shining from the fat contentment, suppressing the enemy’s cunning attacks, tactical and strategic victories and reports that “the enemy fired at N-ck so much that time. " By the way, it was always interesting: does anyone really think how many shots were fired from an RPG or were queues fired from Behi?

The result is an alternative reality that is quite suitable for reporting to the authorities at various levels and informing the media, which requires absolutely no costs other than periodic stuffing of disturbing information that dispel melancholy and make you feel that everything is not in vain.

The only problem is that, unlike the Kiev creators of the myths about the war in the Donbas, the local storytellers could theoretically have a hard burden of responsibility. Either in the event of a real offensive of the enemy, which can have unexpected and unpleasant consequences, or in connection with the spreading truth about the real state of things, on which it is harder to pull a rubber product - a sadly predictable life product of the military press services.

Moreover, this responsibility can be not only very real, but also very painful. 4, the monotonous cheap tricks suggest that the phantasmagoria are already pretty fed up with responsible comrades, who even show some signs of readiness to get acquainted with the real state of affairs.

Therefore, it is logical to assume that, in the absence of more advanced tools, Eduard Basurin will be broadcasting increasing series of series about the enemy’s attack, terrorist attacks, floods and fires.