The submarine "Novomoskovsk" went to sea after modernization 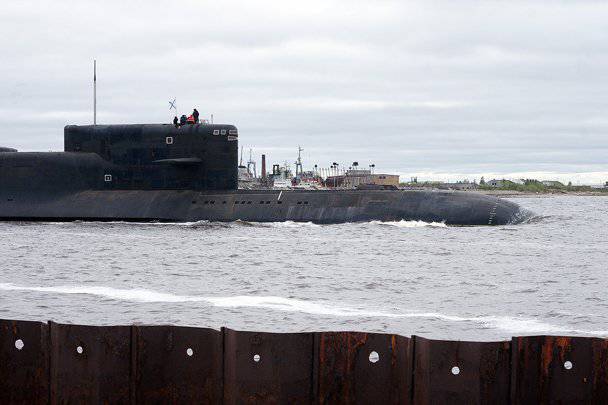 The submarine K-407 "Novomoskovsk" first went to sea after repairs and upgrades. The end of the repair of the cruiser enters the second round for the modernization of the submarines of the 667BDRM line.

K-407 "Novomoskovsk" project 667БДМ (code "Dolphin", according to NATO classification - "Delta-IV"). Launched in November 1990, the ship was the seventh and the last in a series of submarines of this type. In November, 2008 Novomoskovsk arrived at the Zvezdochka Ship Repair Center for medium repair and modernization. As a result, his life will be extended for a decade - to 2021 year.

Zvezdochka Ship Repair Center OJSC will hand over to the Russian Navy three submarines undergoing repair and modernization at the shipyards of the plant by the end of the year, Zvezdochka CEO Vladimir Nikitin told Interfax on Saturday. “This year we have a rich delivery campaign. Until the end of the year, the Naval the fleet two nuclear submarines, Verkhoturye and Novomoskovsk, and a large Kaluga diesel-electric submarine (DEPL) will be handed over, ”he said.