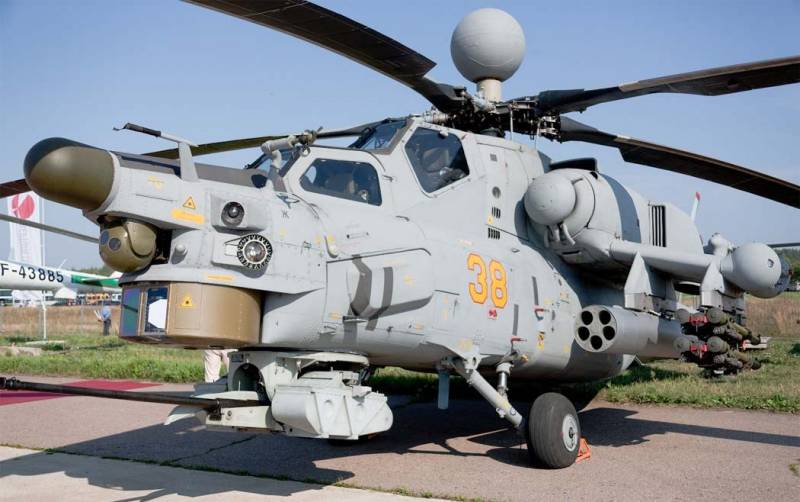 For this purpose, the updated helicopter, supplied only for export, is equipped with special means of communication.

In the holding "Helicopters of Russia" noted that the new equipment expands the scope of application of the machine and makes it even more in demand on the world market.

In particular, we are talking about the anti-tank guided missile "Chrysanthemum-M" with a two-channel guidance system, which is capable of hitting armored vehicles at a distance of up to 10 km. The helicopter also has Ataka guided missiles with a laser guidance system. In addition, the machine was able to apply aviation bombs weighing up to 500 kg.

In the course of modernization, the engine and the blades of the machine were also refined. At the expense of innovation has increased its speed, improved flight performance in hot climates and highlands.

In turn, the general director of Shvabe holding, Sergey Popov, announced the development of an updated optical-electronic system for the Mi-28HM helicopter.

According to him, as a result of the modernization, the detection range of objects by this system will increase by 2. At the same time, Popov did not disclose details, citing secrecy of information.