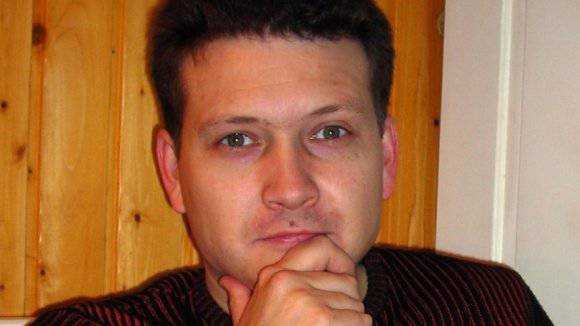 The other day, the United Russia faction in the State Duma announced that it was preparing to submit a draft law, according to which all people who did not pass military service for no good reason would be required to pay additional income tax (also in the amount of 13% of earnings) before they reach 60 age.

I must say, the idea of ​​taking money from those who do not want to serve in the Armed Forces is not new. At one time, the LDPR faction offered a one-time payment for the “otkazniki” in the amount of 1 million rubles. Now it is proposed to make the payment of "legalized bribe" in installments, up to retirement.

The bill raises a lot of questions. What is considered valid and disrespectful reasons? Indeed, in addition to medical reasons, there are many others. How, for example, to be with former citizens of the USSR who, at the time of the collapse of the Union, served in the territory of other republics - after all, they will not have a military ID and no document at all confirming that they served? Suppose the law is not retroactive. But what if today the Russian citizenship receives 28-year-old not serving a former citizen of Kazakhstan or Ukraine? Or served 20-year-old, but served in another country?

And if someone has not served, pays tax, and in 28 wanted to go to the army under the contract? How to deal with such a defender of the motherland, part-time taxpayer? And if in 20 years it turns out that the reason was disrespectful? Penalties, fines and, in view of the large amount of unpaid taxes, a criminal case?

Income tax, so that the tax agent will be the enterprise-employer. We have and so accountants are drowning under a pile of statements, and here a new tax. Paper red tape guaranteed. Experience suggests that our bureaucracy is developed much better than any of the industries. And then there is the intersection of two departments - the Ministry of Defense and the Federal Tax Service. Today, at the very least, there is a military accounting system in enterprises mastered by personnel services (or the same accounting departments), but it has nothing to do with tax specialists. In the case of passing the bill, it is unlikely that the case will cost a copy of a military card or the conclusion of the medical board about the uselessness of the recruiter to serve. Almost certainly, the FTS will require filling out some forms at the military enlistment offices, and those, in turn, will refer to the fact that they do not have any orders to that effect. Tax reporting pereklinit.

Even if the law enters into force several months after its adoption, something will still not work. The modified vehicle inspection system is a good example. But a car without technical inspection or insurance can be thrown at home and go by public transport - it is a pity, but not fatal. And here - a matter of jurisdiction. In addition, additional work for accounting is an additional cost for the employer. Dodgers punish the ruble, and what about enterprises? Will this not lead to the fact that enterprises will not hire men who have not served in the army? Or will take, but "unofficially." Moreover, will this not lead to the fact that even those who pay an additional tax will more and more go into the shadows, and the shade of gray in salaries will become closer to black?

But all these questions fade away if we remember that without amending the Constitution and the Criminal Code, this law will work only for those most unfortunate people for whom there is a valid reason today, and after 10 years - disrespectful. What kind of tax is this, in violation of the law?

And if the Constitution is changed and universal military duty is changed to duty-or-tax, then we find ourselves in a situation of even greater conflict, because a person who does not work anywhere owes neither one nor the other. If you go to extreme measures and designate a tax, for example, in the form of 13% of earnings, but not less than a certain fixed amount, you will not only overlap the tax reporting, but also the judicial system, since you can potentially take a person’s car, house and other property for not serving in the army, and therefore, the courts will be overwhelmed with the affairs of the relevant subject.

Of course, the institute of alternative service, which is practically not working even now, will simply die, rubbed out between more serious problems. Moreover, paradoxically, this fiction of deputies finally ruins the idea of ​​a fully professional, contract army. Indeed, since there is a tax, it means that there is a taxpayer. Since the taxpayer is a draft evader, then there is an appeal.

However, he buries this not only the idea of ​​a contract army, but also the sane principle of forming a draft unit of the Armed Forces. If those who, according to United Russia and some experts, do not want to pay an additional tax, go to the army, then the annual military service does not go to those who would be needed in a military profession that may overlap with the civilian. If, as we are told, units of constant combat readiness will be formed from contract servicemen (they will go into battle, if God forbid they go), specially hired organizations clean the floors, paint the fences and clean the potatoes, then it’s obvious that more and more of the duties of the military "servants" should fall: telecom operators, programmers, repairmen, etc., and this requires specialists, and not those who want to pay less.

If, as we like to say, “there is such a profession - to defend the Motherland,” then the army, of course, must be voluntary and professional. You can supplement the contract army fees for young men. These charges, with crosses, practical exercises and shooting, to maintain mobilization reserve. It is possible to supplement the service under the contract with an appeal to the very same military "subservient", but the recruits must be motivated by, say, a free second education or extended medical insurance. But the essence is important: you need to take those who are needed, and not those who are not ready to fork out.

The current legislative initiative is one more step towards no army, and constitutional nonsense as well. All hope for the Federation Council and the presidential veto.