December 26 2018
34
The deeper I plunge into American reality, the more pity appears in relation to the US military. And not soldiers and officers, but generals. Oh, and the hard part of being an American general in the modern world!


No, I'm not talking about any tests for fitness or physical fitness. Not even the complexity of troop control in the age of universal computerization and robotization. And not even about the physical and psychological state of American society, and therefore, American soldiers and officers.

I’m talking about which tricks the American generals do not have to go to knock out another budget increase for their own needs. How to dodge to justify their own shortcomings and miscalculations of others.

The Warrior edition, well, not National Interest, but also quite a confident such publication, in which another American general, this time Air Force Lt. Gen. David Deptul, tells American inhabitants about the invincibility of the American weapons. More precisely, that the Russian anti-aircraft systems S-300 and S-400 are simply not able to destroy the American stealthAviation new generation. 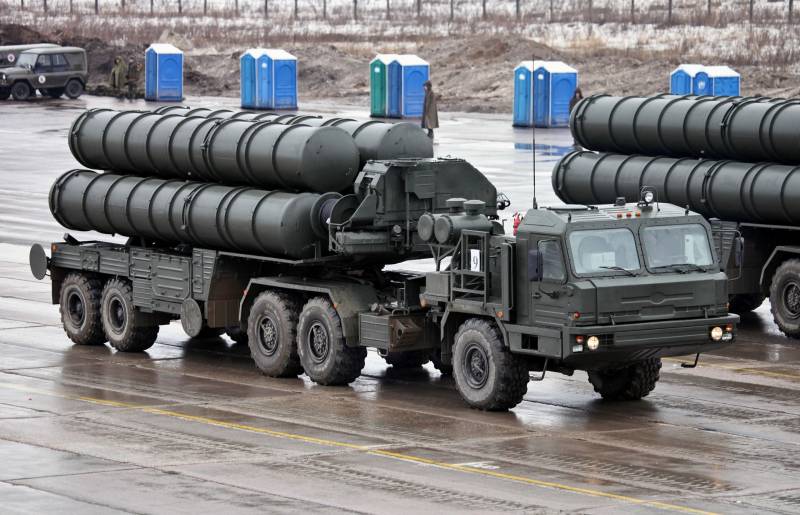 Do not rush to yawn and set aside the button accordion. Now we begin to tear.

There is a zest. And it is that General Deptul is not just an army "boot." This is a military scientist, dean of the Mitchell Institute for Aerospace Research! Consequently, a person who owns such information that even a simple sergeant or lieutenant cannot even imagine. And it is better not to submit, because it will be cheaper to shoot than not to disclose.

Remember how much accolades were about stealth stealth? It turned out that moving away from super-modern tracking systems, the designers of stealth technologies completely forgot about the presence of other weapons. From the "stone" century. For which any “stealth” is nothing more than a plane that has an engine that creates air turbulence and other rubbish that no one has been paying attention to for a long time.

But the Americans would not be Americans if they did not instantly change the conditions of the game.

According to the new American concept, invisibility is not the most important thing. Now the main thing is that the pigeon sent from the big radar, which calculated the plane, did not have time to reach the small radar that the rocket or interceptor plane has. A "dove", according to the American version, always flies quieter than an airplane. Checkmate our C-300 and 400.

“A bistatic radar can help detect an unobtrusive plane. However, in order to intercept the invisible one, you need to transfer data on its location from a large radar to a much smaller interceptor radar. It should be placed on an aircraft or missile that could continuously track target. "
“If you move a track from a radar to an interceptor capable of hitting targets at farther distances than those on which the invisible could detect and shoot down this interceptor, this will significantly reduce the probability of hitting the invisible.” Detection is not the main thing. a whole chain of tasks, each of which must be successfully solved in order to intercept and destroy the inconspicuous aircraft. "

In short, while the crux of the matter is, until all these tasks are solved, the “stealth” will fly away without any problems. And will be the radars of rockets and airplanes to consider the clean horizon as the sailors of the sea who have crashed into calm. Clean around and no one.

Something familiar in G major, huh?

But do not think that General Deptul tells all this in order to humiliate the Russian complexes. Not. It's all easier. The weakness of the complexes showed their installation in Syria. There is an installation - no aircraft. Do not fly for some reason.

In fact, the general performs all the same task, which is written above. "Give us money, and we will protect everyone from everything!" And given the title of Air Force General, it is clear that the United States Air Force needs money. Even guessing why not. Read the article and that's it.

"This year, the manufacturers completed the next stage of work on the next-generation stealth bomber project, the B-21 Raider. The development, which is kept in strict secrecy, will bring stealth technology to an unprecedented level."
It will be provided, among other things, by special coating, a reduction in radar cross-section, a system for suppressing thermal signatures, and minimizing vertical elements in an aircraft structure. "

Moreover, thanks to stealth technology Raider will be able to keep under the gun "any target anywhere in the world at any time." Imagine a bomber with nuclear bombs or missiles on board, which freely patrols over Moscow or any other city of Russia or China?

Yes, for the realization of such a dream, any government will not regret any money. It’s just not possible not to comment on the Warrior story.

"The new aircraft will be designed to have a" global reach "- partly due to a wide arsenal of long-range weapons. The B-21 will be able to carry not only existing weapons, including nuclear bombs, but also weapons in development.
Among them is the LRSO super-long-range rocket, which has been competing with Raytheon and Lockheed Martin on a competitive basis since August 2017. It will be installed both conventional and nuclear warheads. This invisible cruise missile will be designed to break through the enemy air defense system of any density. "

As an American, I’d run to the bank right now to transfer all my savings to the USAF. With this protection, I still earn. But I'm not American ...

I am the one for the destruction of which all these technologies are being developed. And therefore, I am looking at weapons "from the opposite trench."

And there is a TASS report about the testing of the Russian C-400 complex in China. China was the first to receive export C-400 and immediately tested them to determine compliance with the technical specifications declared by the manufacturer.

Come on, dear, knowing how China relates to such things, it is clear that the Chinese specialists drank all our blood before buying. In such volumes that Dracula would just hang himself from envy. This is China, you know ...

Colleagues from TASS painted everything is just great:

"Test shooting took place in the first decade of December at the Chinese test site with one of two C-400 divisions acquired from Russia. The 48H6E rocket fired by the firing system struck a ballistic target flying at 3 speed of km / s. The target was hit at the ultimate range - 250 km. "

According to other sources, the tests were carried out not in a “greenhouse environment”, but in the conditions of “strong interference by the enemy”.

Interesting? But the speed of 3 km / s is the speed of a medium-range ballistic missile warhead. So what's up with the "series of tasks that the system does not have time to solve," Mr. Lieutenant-General of the US Air Force? Or is there a "different design" problem?

The Americans said something similar in characteristics. I'm on the SM-3 anti-missile complex Aegis Ashore. Then this statement caused a lot of noise in certain circles. Moreover, the conversation was not even about 3, but about more than 10 km / s! Only here there is no evidence of the existence of such characteristics of the SM-3.

It is clear that not yet. Then come. But it is then that we will discuss the problem, but not before. Just because the meaning is somehow not observable.

It is clear that under the promising types of weapons, the American general means hypersonic missiles like the Russian Avangard. Only where are they in great America? God didn't give horns to the awesome cow It happens.

It is clear that completely believe the messages of the Chinese, too, is not worth it. We talk about advertising our product to a third-party buyer. But the Chinese can not confess, if it was admitted "cant". However, judging by the mood in the leadership of the PRC, there was still no "jamb". Almaz-Antey sold what it offered, and the PLA received what it was paid for.

So what are the new US bombers? Will they save America? Or will they save General Deptul from being transferred to the reserve?

General urges Americans to spend more on armaments. Today stealth bombers. Tomorrow hypersonic rockets. The day after tomorrow the battle lasers. Three days later, combat satellites ... And so on until the money runs out.

No, it is clear that colored paper in the United States will never end. But anyway…

Once smart people said wise things. To do and say what's done is different things. But they cost the same.

Ivan Andreevich Krylov has long written about the situation in which the United States today. Read the fable "Elephant and Pug", Mr. General. Although, for the bone and not so you will bark. Yes, and with a large piece of meat ... More precisely, the budget.

And our caravan will still go slowly. No matter how, it matters where. Where do we need.