Alexander Bestuzhev-Marlinsky. Decembrist, who fell to the glory of the empire. Part of 1

December 26 2018
21
Bestuzhev-Marlinsky is most often judged as a writer and Decembrist and completely forgets his long and bloody service in the Caucasus. But is it worth blaming anyone for this? In fact, as the Marly romantic writer he was extremely popular in the 30 19-ies century in Russia. At the same time, oddly enough, his fantastic popularity was later criticized, and the works were called superficial and dismissive to the truth of life. But, since Alexander was a romantic not only in literature, but also in life, then, no matter how much the author would want to abstract himself from his creative literary life, focusing on his service to the Fatherland, this will not be possible in full.

It is not surprising that Alexander Fedoseyevich, who knew well the works of the French enlighteners (Voltaire, Diderot, etc.) and married an absolutely uninhabited girl, laid sparks of free-thinking and in his sons. As is well known, but Alexander Alexandrovich, on the Decembrists way go, and his brothers: Nicholas, Michael and Peter. Given such a relationship, even Pavel Alexandrovich Bestuzhev, whose guilt in the conspiracy will not be proven, will be sent to the Caucasus just in case. 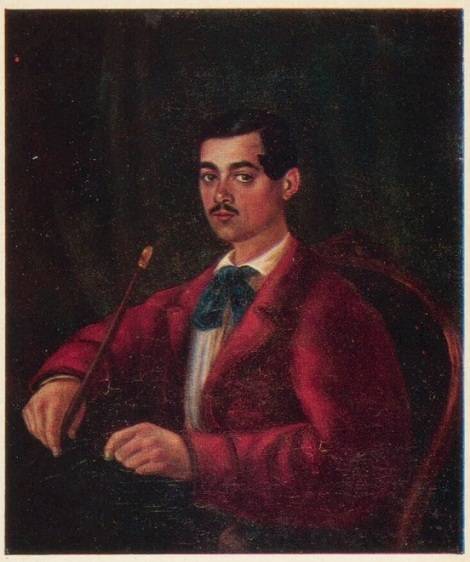 Alexander Bestuzhev was brought up in the Mountain Cadet Corps, where he showed an interest in literature. Not having finished the corps, he joined the cadet in the Life Guards Dragoon Regiment. Then his nickname appeared - Marlinsky, because regiment was stationed near Peterhof in Marley. In 1820, the year Bestuzhev was made an officer. All this time, Alexander not only in the service, but also actively engaged in literature, of course, familiar with many writers and public figures of his time. Thus, Alexander and entered the Northern Secret Society.

Then everything more than we know. Unsuccessful uprising on Senate Square, the investigation and trial. Alexander Bestuzhev-Marlinsky was not arrested immediately, but did not wait for his arrest. So the next day, December 15 1825-year he was in the brig of the Winter Palace. At first, Alexander was sentenced to beheading, but later the sentence was replaced by exile and hard labor.

At first, Bestuzhev was assigned to Fort Slava in Finland, where the prisoner was not given books, he was often fed with rotten meat, which could not but affect his health, and he was then heated in such a way that he could be burned, then he was tormented by cold. But in 1827-m Alexander Alexandrovich finally transferred to Yakutsk, and even to the exemption from hard labor. In exile, Bestuzhev was destined to spend a long five years.

At last there was hope exiled Decembrists gain freedom by shedding blood in the battle for Russia in Siberia, far from the mountains of the Caucasus. Alexander in the 1829 year, as soon as he found out about it, instantly wrote a petition to the General Staff in St. Petersburg about his enrollment as a private in the Separate Caucasian Corps with the ability to return the officer's rank to a worthy and loyal service. 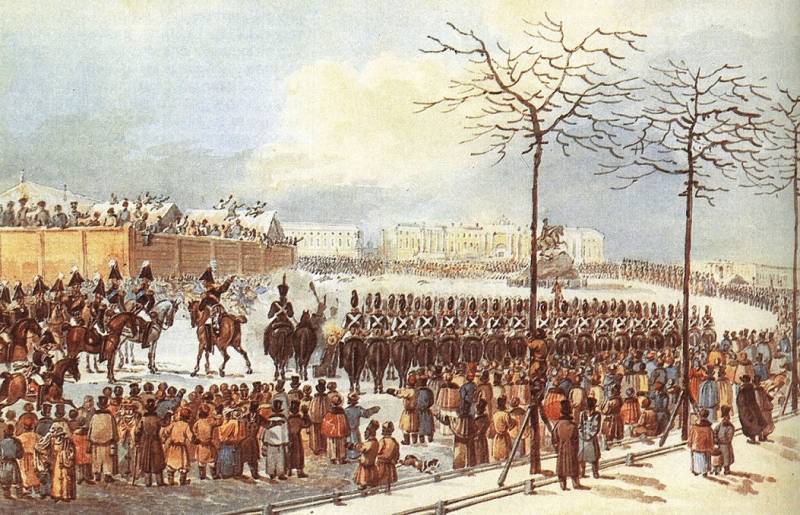 The uprising at Senate Square

Soon Alexander petition was granted. And in the summer of the same 29 year, Bestuzhev went to the Caucasus. Then Alexander still did not know that, together with his transfer to the Caucasus, they sent a letter with the will of the sovereign. In a letter addressed to the commander of the Caucasian Corps, Count Ivan Fyodorovich Paskevich, it was stated that Alexander Bestuzhev should in no case be presented with a promotion in rank or awards, but without fail to report to St. Petersburg about any difference in the service of the said private.

Once in the Caucasus, Bestuzhev got out of the fire and into the fire. Alexander plunged in recent bloody stage of the next Russian-Turkish War - storm the fortress and the city of Bayburt. That fight, though victorious for our army, turned out to be very hard. enemy forces consist not only of the Turks, but also because of local man-holes, which are nation Colchic group Kartvelian language family. (In fact, they are “oturechchennye” Georgians, mostly Muslims, and in Turkey they are recorded exclusively as a Turk. Some experts believe that the current head of Turkey Erdogan is also a manhole.)

For the battle that mostly took place outside the city walls, Bestuzhev left the following memories (the reader should take into account that Alexander’s romantic nature was read not only in his works of art, but throughout his life, sometimes it was even confused with posturing):
“Having seized the heights, we rushed into the city, stormed there through the zaseki, passed it through, pursuing the runners, and finally, five versts later they entered into the business of climbing, knocked them down from the mountain, and went hand-to-hand. I was terribly tired of the efforts to climb the stony steep mountain, crossed by ravines, in full ammunition and overcoat ... Returning on the field, littered with dead bodies, of course, naked, and seeing others still breathing, caked with blood on their lips and face, seeing everywhere robbery , violence, fire - in short, all the horrors that accompany the attack and battle, I wondered, without feeling a shudder; it seemed as if I grew up in this. " 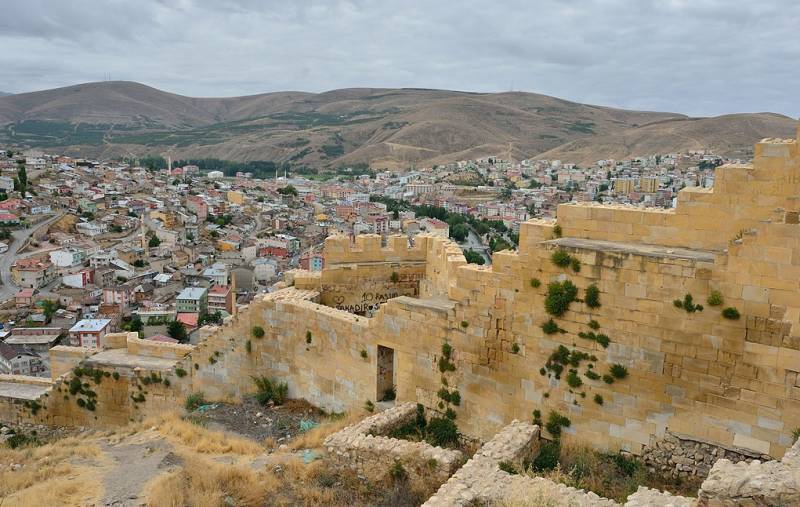 After Bayburu was captured, Bestuzhev traveled around part of Armenia and Persia and found himself in Tiflis, where his dreams of feats of arms capable of freeing him from punishment would crack for the first time. The fact is that Alexander's service, which started so rapidly, would suddenly turn into the most boring quiet swamp. However, it was problematic to keep Bestuzhev in one place for the authorities themselves. The fact is that Alexander, an overly romantic and enthusiastic nature, instantly established another entertainment for himself - a society of local ladies and various disputes with officers who easily accepted Alexander as a nobleman and Decembrist.

Here is a description of the person Bestuzhev, partly even more critical, but it reflects the reality, you can find:
“As a man, he was distinguished by his nobleness of soul, was slightly vain, in ordinary social talk blinded by quick fire of jokes and puns, while discussing serious issues he was confused in sophisms, possessing a more brilliant than solid mind. He was a handsome man and was liked by women not only as a writer. ”

In 1830, Bestuzhev became a real headache for the authorities. His meeting with the officers, and long conversations approval is not found, and the amorous exploits and does scandal threatened. Therefore, all the Decembrists, who were stranded in Tiflis under various pretexts, and sometimes illegally, began to be sent to various parts of the Caucasus. Thus, Alexander turned out to be in complete remoteness of the empire - in the ancient, but desert Derbent, which at that time, even by the number of inhabitants, could not be compared with the busy thousands of “capital” Tiflis. 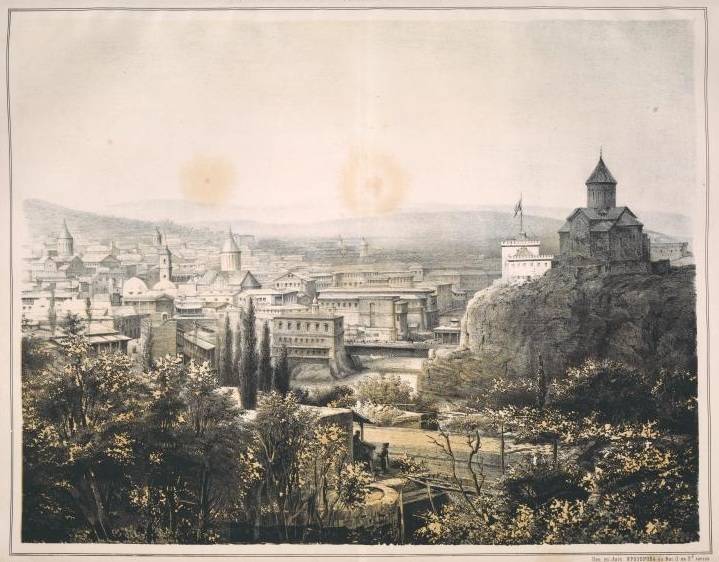 Tiflis in the middle of the century 19

In Derbent, Bestuzhev was enlisted in the 1 squadron of the Derbent garrison battalion, where he pulled a heavy and joyless soldier's strap, literally dreaming about a bloody battle. Alexander did not hide his disappointment the service: "Istlevaya in the garrison, if I can make amends for the past? I'm half-dead would be ready to go camping, so much in me the desire to earn the blood of the previous offense. "

Bestuzheva's sad being in Derbent was also overshadowed by extreme ill-will towards his person, not only from the authorities, but also from the officers, which had not happened before. The only person in which Alexander found compassion and friendly support, was commandant of Derbent Shnitnikov. Sometimes, however, Bestuzhev was visited by brothers, which was always a great joy.

The only event that for a while cheered Derbent "barman" Alexander, was the siege of the city in the year 1831. In late August, the troops of the first Imam of Dagestan, Kazi-Mullah (Gazi-Muhammad), approached the walls of Derbent on 31. The situation was extremely difficult for the city. Imam’s forces far exceeded the entire garrison, if not the entire population of the city. Moreover, in Derbent itself there were people related to the enemy’s troops, and it’s not worth talking about their moods. Every day and nightly, the Kazi-Mullah detachments then sought to cut off the water supply to Derbent, then set fire to the city gates, but these actions were not only suppressed, but even alternated with forays of our fighters outside the city walls.

However, Bestuzhev was elated and was full of energy. Finally, the real deal flashed on the horizon. Alexander wrote about those days, like an enthusiastic boy:
“For the first time I managed to be in a besieged city, and therefore I ran around the walls with great curiosity. The picture of the night was gorgeous. The fires of the enemy bivouacs, spread out over the hills, outlined their jagged ridges, now black and then red. In the distance and close to them, the soldiers' huts, sheds, and spare firewood glowed brightly. It was visible, as igniters ran, waving their heads. Shooting did not get tired ... The city itself was darkened, deeply drowned in the shadows, beyond the ancient walls; but, on the other hand, the fortress, lit by fire, raised its white forehead high and menacingly. It seemed, at times, she flushed with a blush of anger. ” 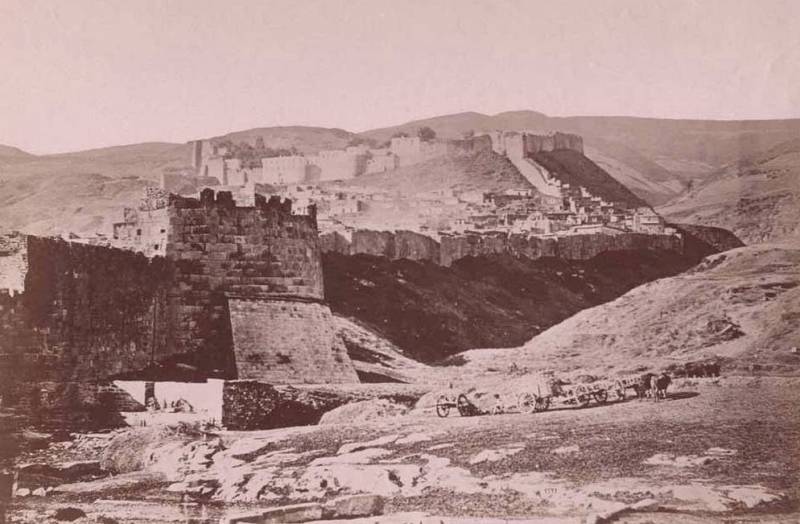 It is not known how this siege would end for the garrison, if not for the detachment of General Semyon Vasilyevich Kakhanov, who later received the Order of St. Anne for his military operations against Kazi-Mullah. Our troops overthrew the enemy and began the pursuit. The fights were so intense that Bestuzhev recalled how he found that his coat was shot in two places, and with another shot the mountaineers broke the ramrod of his gun. In the battle itself, Alexander will be recklessly brave, and at first he will even be promised the St. George Cross, but in the end the reward will bypass his side all by the same order from above, personally directed to Paskevich from St. Petersburg.

After the siege was lifted, joyless soldiers' everyday life flowed again. Again, Bestuzhev tried with all his might to dispel this lazy apathy. After learning several local languages, Alexander flew at every opportunity to the mountains, where, in the wild, he would converge with the local population without any fear, and sometimes there was lush feasts and loud merry far from the authorities. In Derbent itself, it was known to all residents to the utmost - from Russian soldiers and officers down to the Avars and Lezgins. Sometimes he, as an artistic and dreamy person, in spite of the cruelty of the reality of the Caucasian war, even poeticized the highlanders, considering them only worthy fighters, and spoke derogatory of the Persians and Turks, who "instantly scattered only at the word" Russian. "

However, to escape from the city was his dream. It was only for fate to know how Bestuzhev would have coped with the trials of a distant garrison, if he knew that he would have to spend there infinitely long four years.