Why are Armenia concerned about the withdrawal of US troops from Syria?

December 24 2018
51
The head of the Yerevan Office "Hay Dat" and responsible for political issues of ARF Dashnaktsutyun Kiro Manoyan during a conversation with reporters on December 24 said that the US decision on the withdrawal of troops from Syria is cause for concern, reports I NEWS.am.. 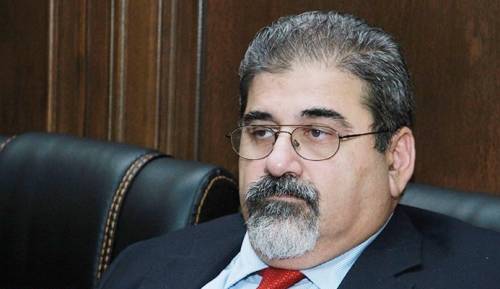 According to him, Washington’s decision will give Turkey new opportunities to bring troops into Syria.

Manoyan explained that the entry of Turkish troops will take place from the northern and eastern parts of the country, controlled by the Kurds. The Armenian population is concentrated in these territories.

Manoyan also noted the importance of the fact that the decision on the withdrawal of troops was made during a telephone conversation between Trump and Erdogan, while it was not taken unanimously by the Washington authorities.

In this regard, we have several reasons for concern. Firstly, the presence in the territory of Syria, where the Turkish military can probably break through, of the Armenian population. Secondly, the fact that all this will happen relatively close to our borders
- declared Manoyan.

Recall that the American troops have already begun to leave Syria - after the appropriate order of James Mattis with the filing of Donald Trump. This was the last order signed by Mattis in the position of head of the Pentagon.