December 21 2018
188
The UN General Assembly today voted against the draft resolution on keeping in force and compliance with the Treaty on the Elimination of Intermediate-Range and Shorter-Range Missiles (INF) presented by Russia. 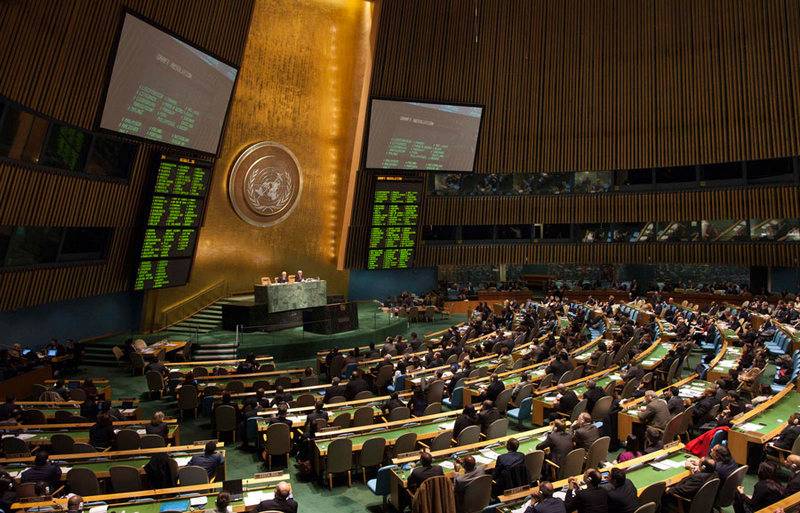 45 countries voted for the draft resolution proposed by Russia, 46 voted against, and 78 countries abstained from voting.

Before the vote, Deputy Permanent Representative of the Russian Federation to the United Nations, Dmitry Polyansky, stated that the INF Treaty was the guarantor of international security and stability and called for voting to preserve the treaty, since its termination would have serious consequences. In turn, US officials called for a vote against the Russian resolution. At the same time, the American side accused Russia of violating the terms of the contract. Also before the vote with the prosecution of Russia made Poland and Ukraine. Russia was supported by Austria, Belarus and China.

The INF Treaty, signed in 1987, prohibits the United States and Russia from having ground-based ballistic missiles and cruise missiles with a range from 500 to 5,5 thousands of kilometers.