The border between the DNI and the LC. Pushilin and Pasechnik not to unite the republic

December 21 2018
34
Despite the promise of the head of the DPR, Denis Pushilin, supported by the head of the LPR, Leonid Pasechnik, by the end of 2018, to abolish the border and customs control between the republics, Donetsk and Lugansk continue to live as two different, independent from each other, states.


The question, of course, concerns not only customs control or the existence of roadblocks on the border between the republics. In itself, border crossing on average takes minutes from public transport passengers 5-10, and the vast majority of passenger transport crosses it at all without delay. 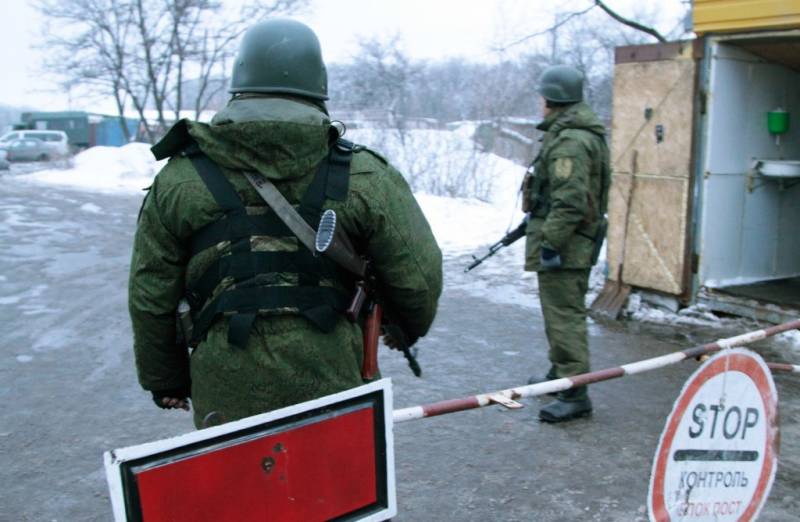 Initially, the border was created as an additional measure in the fight against smuggling and, to all appearances, has not lost its value to this day, therefore, it is not so easy to give it to Donetsk and Lugansk (in Lugansk, an additional checkpoint from the Russian border was recently installed) . In addition, as it turned out, in the republics there are various norms of customs law.

In fact, the issue of legislation turned out to be even more serious than the fight against smuggling, traditional for this border region. It is necessary to dig deeper, as soon as it turns out that the republics of New Russia, which no sensible person can perceive as something separate from each other, actually live as two different states. They have different legislation, and they perceive each other’s residents as foreigners.

For example, the Ministry of Justice of the DPR seriously perceives not only Russians, but also residents of the LPR, as foreign citizens. So, in order to get married, for example, it is necessary to prove the “legitimacy” of their stay in the republic.

"For state registration of marriage, foreigners and stateless persons must submit a passport document with a note on the registration of the authorized body regarding the legality of their stay in the territory of the Donetsk People's Republic," the Justice Ministry said optimistically. Similar rules apply in the LC.

If we begin to seriously understand the legislation of the LDNR, it becomes clear that the republics exist in a mixed Ukrainian-Russian legal field. Over the past four years, Donetsk and Lugansk lawmakers have created a bizarre system, partially copied from Ukrainian, partly from Russian laws, plus those norms that were adopted specifically for the peculiarities of life in the republics.

And when the “statesmen” of the LDNR were engaged in lawmaking, they, apparently, did not even think of coordinating the decisions between themselves. Probably, the idea that the republics should unite sooner or later did not come to their heads.

Judging by the results of the work, confusion reigns in these heads. What legislators have been doing in recent years is not easy to understand. In Lugansk, for example, the civil and arbitration courts still do not work, and in the DPR they use the Ukrainian administrative code, but there is a legislative norm on the creation of a state agency for aviationwhich deals with “issues of regulatory legal regulation of the use of airspace and organization of air traffic in the Donetsk People’s Republic, ensuring the safety and regularity of aircraft flights ...” I recall: the Donetsk airport is destroyed; the sky over the republic is closed for flights.

In general, not only are there no sections in the legislation of the republics, it is still not coordinated with each other. Taking into account the speed and quality of work of the legislative bodies, it can be concluded: the process of creating the missing links will be delayed for a very long time.

So it is not at all surprising that the sound initiatives of Pasechnik and Pushilin to abolish the border between the republics remain unfulfilled: the harmonization of the legislative norms will require coordinated and constructive work from the governments of the republics. And the same cooperation of the security forces in the fight against smuggling.

As for the completely logical and inevitable combination of the LC and the DPR, then it must be recognized that today it is a utopia. Governments would have to completely upset and rework the laws and synchronize them, and this amount of work so far is beyond the republican figures. At least, until he “arrives” from the curators. That's when fussing and stitching LDNR on a live thread.