December 19 2018
17
December 19 military counterintelligence of the Russian Federation celebrates their professional holiday. This year is a very memorable date - after all, the Day of Military Counterintelligence is celebrated in honor of its creation December 19 1918. One hundred years ago, the young Soviet state began to think about the need to centralize the security forces responsible for security in the armed forces.


1918 year - the height of the Civil War. Soviet Russia opposes the white armies, foreign interventionists, numerous insurgent and openly gangster formations. Naturally, in such a situation, the state was in dire need of an effective military counterintelligence system. The decision on its creation was made by the Central Committee of the RCP (b). Military counterintelligence was named the Special Section of the All-Russian Emergency Commission attached to the Council of People's Commissars of the RSFSR. The structure of the Special Department included the previously scattered Emergency Commissions to combat counter-revolution and military control bodies.

Of course, military counterintelligence existed before 1918. In the Russian Empire, the need to create such a structure rose sharply at the very beginning of the twentieth century, when our country was threatened by the aggressive aspirations of Japan, Germany, and Great Britain. 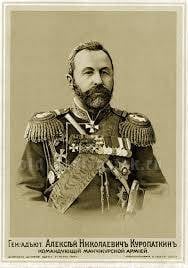 20 January 1903, the War Minister of the Empire, Adjutant General Alexei Nikolaevich Kuropatkin, presented the project of creating a special structure that would be responsible for finding and capturing foreign spies, as well as traitors in their own ranks.

The project structure was called the "exploration department." It is interesting that it was created behind the scenes, in an atmosphere of the strictest secrecy. Kuropatkin believed that if a branch was established officially, the meaning of his secret existence would have been lost. Even the head of the military intelligence department was called "the chief of the General Staff at the disposal."

The first head of the military counterintelligence was Captain Vladimir Nikolaevich Lavrov. Before being transferred to the war ministry, he served as head of the Tiflis security department. That is, he was more of a professional detective, highly skilled operative. The number of his subordinates was also small. Senior observing agent provincial secretary Pereshivkin and two observant agents arrived from Tiflis together with Lavrov and extra long-term noncommissioned officers Zatsarinsky and Isaenko. A little later, the number of intelligence offices grew to 13 people.

However, such a small structure could not meet the growing needs of the Russian Empire. Therefore, the country's leadership discussed the possibility of further improving the service. In April, 1911 passed a law “On the release of funds from the state treasury for the secret expenses of the Ministry of War”.

However, after the February and October revolutions took place in the country in 1917, almost the entire counterintelligence system had to be created from scratch. Professional revolutionaries — Mikhail Kedrov, Felix Dzerzhinsky, and Vyacheslav Menzhinsky — stood at the origins of the Soviet military counterintelligence. It was to these people that Soviet Russia was obliged to quickly establish a counterintelligence structure, which quickly began to demonstrate an extremely high degree of effectiveness. 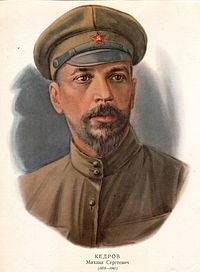 The first head of the Soviet military counterintelligence, the Special Division of the Cheka, was Mikhail Sergeyevich Kedrov, a member of the RSDLP since 1901, a well-known revolutionary who, even during the First Russian Revolution, was supplying workers weapons and was responsible for clandestine activities in a number of party organizations. Kedrov had considerable experience of illegal work, so he quickly became comfortable with the new type of activity.

In 1919, Mikhail Kedrov was replaced by Felix Dzerzhinsky himself as the head of the military counterintelligence, who served as chairman of the Cheka at the SNK of the RSFSR. This circumstance only emphasized the special significance of military counterintelligence for the Soviet state, since it was headed by the head of the main Soviet secret service itself. July 1920 to July 1922 Vyacheslav Rudolfovich Menzhinsky, another prominent figure in the Soviet special services, who then headed the OGPU of the USSR, headed the special department of the Cheka.

The main thing faced by the leaders of the Special Department of the Cheka in 1918-1919. - lack of qualified staff. This was not surprising, since there was no place to take them - the tsarist counterintelligence and intelligence officers were unequivocally regarded as elements hostile to the Soviet power, and the number of revolutionaries with underground experience was not so great, and most of them occupied serious positions in the party hierarchy. Nevertheless, the personnel deficit was resolved - experienced Bolsheviks, veterans and working people loyal to the new government, were recruited into the Special Divisions of the Cheka.

During the Civil War, special departments ensured many victories for the Red Army, revealed enemy agents, and also fought against counter-revolutionary elements and criminals, including among the Red Army men. After all, it is no secret that during the war the most diverse people were recruited into the army and among them there were enough real criminals, enemy agents, and just unscrupulous people. Chekists from special departments struggled with all of them.

After the Civil War, work continued to improve the military counterintelligence system. During the 1920s - 1930s The military counterintelligence of the Soviet state underwent a number of serious personnel and organizational perturbations. But at the same time, she coped very well with her main function - the defense of the Red Army and the Worker-Peasant Red Fleet from the activities of enemy spies and saboteurs. But the times were serious! What is one Basmach movement worth in Central Asia? Numerous penetrations of saboteurs through the Soviet borders in the Far East and Eastern Europe? Naturally, among the commanders and commissars of the Red Army there were people inclined to cooperate with enemy intelligence. They were identified by “specialists” who increasingly played a role and observers of the general moral and political condition of military personnel.

The Great Patriotic War became a severe test for the military counterintelligence organs, as well as for the whole of our country. From the very first days of the war, military counterintelligence officers found themselves at the front as part of active armies, where they honorably carried out their duties in the fight against Hitler's spies and saboteurs, traitors and marauders from among the Red Army soldiers, criminals and deserters. 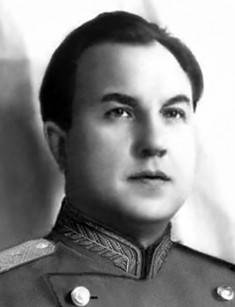 The word "Shershivets" in the years of the Great Patriotic War became a nominal word. Enemy spies and their own traitors were afraid of “Smerzhevists” like fire. It should be noted that the “Smerzhevists” took the most direct part in combat operations - both at the front and in the rear. SMERSH employees were active in the territories liberated from the Nazi occupation, where they revealed enemy agents, traitors, policemen, and criminal criminals. Many Hitlerite punishers who tried to make up for innocent civilians and even impersonate partisans or underground fighters were exposed by the “Sornenshevists” during the liberation of the occupied territories.

Invaluable contribution "SMERSH" in identifying individuals who collaborated with the Nazi occupiers and participated in the massacre of Soviet citizens, in the protection of concentration camps, murder and violence against civilians. After the Victory in the Great Patriotic War, “SMERSH” existed for another year - until May 1946. In peacetime, the duties of the “Mortalists” included the study of the personal files of Soviet officers and soldiers returning from captivity, as well as the activities of persons stationed in the occupied territories. And, it must be said, the “Sourshans” also coped well with these tasks. 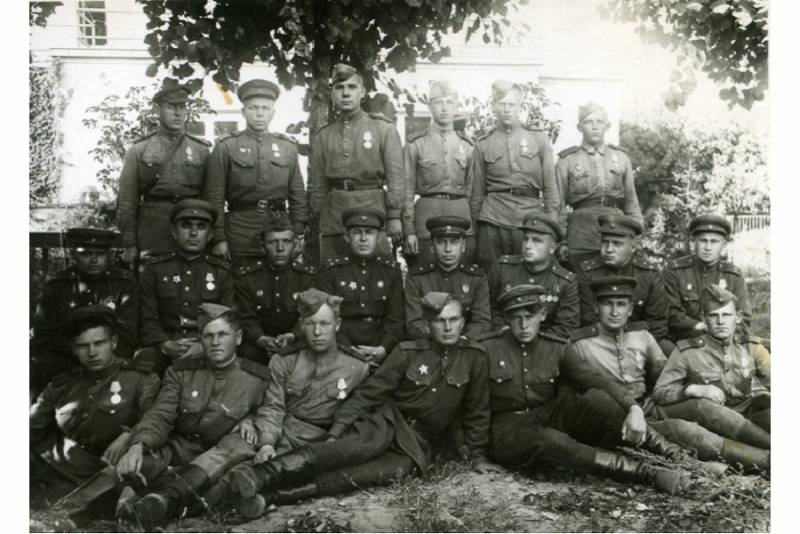 However, in peacetime, a somewhat different structure of military counterintelligence was required. Therefore, in May 1946 of the year, SMERSH GUUK was disbanded, and all the same special departments were created instead. Since 1954, they have been part of the 3 System of the Main Directorate of the KGB under the USSR Council of Ministers.

In 1979-1989 The Soviet Union participated in the bloody war in Afghanistan. Naturally, in the composition of the limited contingent of Soviet troops operating in Afghanistan were also employees of military counterintelligence. They had to get used to working in new, very unusual conditions and to identify not spies of the Western powers, but spies and saboteurs from among the Afghan Mujahideen. The duties of military counterintelligence officers also included the fight against the proliferation of criminal elements within the contingent of crimes, including those related to the use of narcotic substances that are quite available in Afghanistan.

Nevertheless, with all the seriousness of its structure, the Soviet military counterintelligence was not free from the shortcomings that were inherent in the Soviet state system and, ultimately, destroyed the Soviet state. Many military counterintelligence agents, especially from among the older generations, were even forced to leave the service, but the main part nevertheless continued to serve the already new country - the Russian Federation. 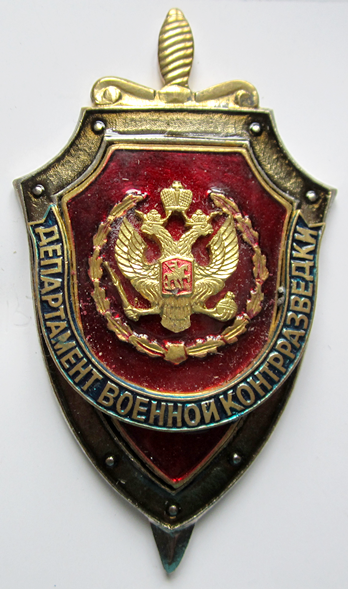 The experience of military counterintelligence officers was very useful during local armed conflicts in the post-Soviet space, primarily in the First and Second Chechen campaigns. It is impossible not to note the importance of the work of military counterintelligence to counter criminal activities in the armed forces. After all, it is not a secret that the armed forces experienced not the best times during the general confusion of the “dashing nineties”. The lack of money and the desire to "live beautifully" forced some soldiers to take the path of criminal activity - to sell weapons to criminals or, conversely, to distribute drugs in parts. The fight against such crimes has also become a constant companion to the work of military counterintelligence agencies.

The head of the military counterintelligence department is Colonel-General Nikolai Yuriev. In the past five years, his subordinates have prevented four terrorist acts in the armed forces, seized more than 2 thousand firearms and about 2 million ammunition, 377 pieces of homemade bombs, more than 32 tons of explosives. Like other units of the FSB of the Russian Federation, military counterintelligence is responsible and adequately serving in the defense of our country.

On the Day of Military Counterintelligence, we congratulate all employees and veterans of the Soviet and Russian military counterintelligence on their professional holiday. The service of the “special men” is very often kept in great secrecy, but this does not make it any less necessary for both Russia and its armed forces.