December 18 2018
1
After the crushing defeat of the German troops at Stalingrad and Kursk from the Red Army, the situation in the war changed radically. Hitler understood that he was on the verge of defeat.


However, the success of Operation Oak in the liberation of the Italian dictator Benito Mussolini, which was carried out by the best German saboteur of the Third Reich Otto Skorzeny 12 of September of the same year, reanimated not only the fading fighting spirit of the German army, but also gave hope to the Fuhrer. He truly believed that such a bold special operation would help him win the Second World War.

It is Skorzeny, the universal German pet, that Hitler will give the task, the further development of the world will depend on the fulfillment or non-fulfillment of which stories. During the special operation called “Long Jump” a German saboteur in Tehran was supposed to kill the leaders of the “big three”: Joseph Stalin, Franklin Roosevelt and Winston Churchill. For Hitler and for the whole of Germany this was the last chance to turn the tide of the war with minimal losses. At least, in Germany itself, the situation was perceived that way. 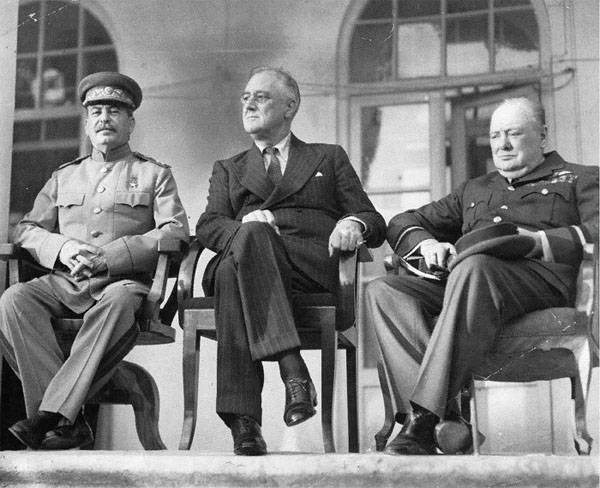 Was the "Long Jump" just a diplomatic ploy? Did the Germans really plan to show Stalin in a cage and feed Roosevelt to sharks? Is it possible for the German special operations to be thwarted by cyclists? How and why Hitler's Long Jump was a fiasco.

Answers to these and other questions - in the release of the program "NEFACT" on the TV channel "Star":