Whose belt on the neck of Africa looks better?

December 17 2018
10
Advisor to the President of the United States for National Security John Bolton gave a presentation at the Heritage Foundation research center. In this think tank of American politics, Bolton spoke about the main directions of the US strategy in Africa, recently approved by President Donald Trump. 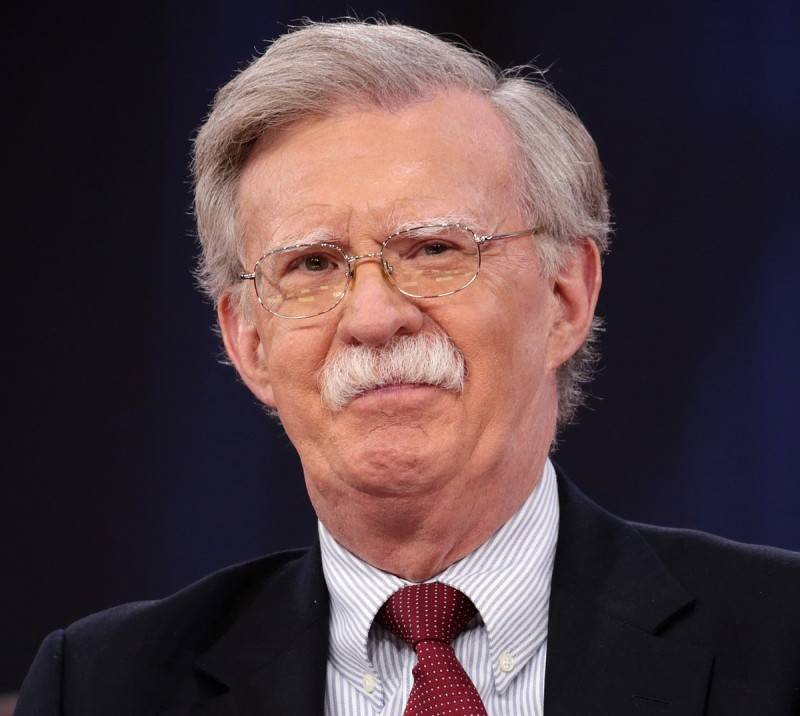 The United States announced a confrontation with China and Russia

Bolton explained it: “The rival great powers, China and Russia, are rapidly expanding their financial and political influence throughout Africa. They deliberately and aggressively direct their investments to the region in order to strengthen their advantages in Africa over the United States. ”

About Russia, the presidential adviser said more to be nice. The participation of Russians in African projects is very point. It can literally be counted on the fingers of one hand. At the beginning of the century, Russia wrote off African debts to 20 billion US dollars. Since then, cooperation with them in Moscow has been treated with a great deal of pragmatism.

You could say Bolton was not original when he made accusations against Russia. In the West, it has now become a common practice. So the presidential adviser, without burdening himself with any evidence, frightened a respectable public: “Throughout the continent, Russia promotes economic relations with disregard for laws, responsibility and transparency. She continues to sell weapon and energy resources in exchange for votes at the UN. ”

China got more. He is active in Africa, in the opinion of the stately speaker, "represents a significant threat to the national interests of the United States." In fact, Beijing has begun systematic work on the African continent since 2000. Since then, a summit with the participation of African leaders (FOCAC forum) has been held every three years in the Chinese capital.

The last time this forum was this September. It was attended by the head of 53 African states. They discussed the economic and social problems of the continent, infrastructure development, and investment plans of China. Summing up the meeting, PRC Chairman Xi Jinping promised the guests of Beijing a new aid package for the next three years in the amount of $ 60 billion.

C deciphered this figure in detail. At $ 5 billion, China will purchase African exports. $ 10 billion will give for development, another $ 15 billion - in the form of grants and interest-free loans. In addition to these amounts, a credit line of $ 20 billion will be opened. In addition, the PRC will provide emergency food assistance to the countries of the continent, conduct courses to improve the training of local agricultural specialists, pay scholarships, etc.

Since 2000, Africa has already borrowed $ 130 billion from China. America was not so generous. She noted the construction of a base for UAVs in Niger and facilities in Djibouti for her own purposes. And in terms of trade with the countries of the black continent, the United States is hopelessly behind China in 2009 year. But Americans do not get tired of criticizing China for its loans, which caused a debt crisis in Africa.

Under the weight of debt

This problem really exists. For example, the International Monetary Fund this year announced that because of Chinese borrowing, "40% of African countries are in a dangerous debt situation." International economist Jeremy Stevens of Standard Bank Group adheres to a similar assessment. He believes that the continent is already overloaded with debts.

The Chinese fend off criticism and show in response with a finger on American pension and investment funds that speculate on the debt obligations of African countries. Even analysts at Johns Hopkins University agree. Their conclusion is that “Chinese loans are not a major factor in the debt crisis in most African countries.”

Comrade Xu owns the theme. Cooperation between China and African countries is not as cloudless as it seems at first glance. There has accumulated a whole bunch of problems. The main one is the development of credit resources. As a rule, it occurs according to one stable scheme. China, for example, invests in the construction of roads or railways. The execution of the project is given to Chinese companies that earn on it and thus return the borrowed funds to the metropolis. The African country remains a new infrastructure facility and serious debts to the PRC.

Another factor annoying the local elite has become China’s obvious course towards developing Africa’s raw materials, which is becoming only a raw materials appendage to the growing Chinese economy. Coupled with cheap Chinese imports, this is preventing African countries from developing their own industries.

Moreover, along with credit resources, a flood of Chinese migrants, including illegal immigrants, rushed to the black continent. They quickly mastered street trading and small businesses, squeezing aborigines out of this area. In Africa, the Chinese live apart, trying not to contact the locals. This only adds stress to the difficult relations of locals and visitors.

Finally, Chinese businessmen behave self-confidently on a black continent, not particularly considering local laws and regulations. By the way, such examples can be found in Russia. Recently, the Arbitration Court of the Amur Region, at the suit of the Federal Antimonopoly Service, invalidated the transaction of the Chinese company Jinying for the purchase of the Russian Amurmedi.

Amurmed is a subsoil user strategist at the Ikansk gold and copper deposit. In violation of the current legislation, the Chinese bought it out without the consent of the Government Commission for the Control of Foreign Investment in Russia and began to manage as at home.

Now justice is restored. The field has returned to the ownership of the Russian Federation. In Africa, this turn of events is unlikely. Both a higher level of corruption and the weakness of the states themselves involved in the Chinese project “One Belt - One Way” is having an effect. Often such a belt began to resemble an economic noose.

Now American hands are reaching for her. The rhetoric of John Bolton should not deceive anyone. The United States did not turn its eyes on Africa again to eliminate the poverty and hunger there. The black continent is becoming a battleground for global domination.

There is something to fight for. According to the US Energy Information Administration (EIA), over the past 30 years, proven oil reserves in Africa have increased from 57 billion barrels to 124 billion. Natural gas reserves with 210 trillion cubic feet to 509 trillions.

These figures continue to grow as there is intensive geological exploration on the continent. It is multidimensional. Proved the richest deposits of diamonds, gold, bauxite, manganese, iron, lead-zinc ores and other minerals good.

All this wealth can serve the well-being of African countries, but it can turn into a new debt burden. How it arises can be seen in the example of China’s investment policy. Now the United States has joined it. They have even more experience in exploiting third world countries ...