Konstantin Danzas. The tragedy of the Caucasian officer and second Pushkin. Part of 4

December 17 2018
3
By the beginning of July 1839, the construction of the Golovinsky fort was completed. And on July 6 the troops began landing on the ships of the squadron to continue the expedition. Danzas and his Tengins battalion were also part of the troops.


Interesting fact. Representatives of the Circassians came to General Rajewski right before the landing of the troops and asked him easily where the landing would be next time. Nikolai Nikolayevich, either knighthood, or accepting, despite the situation, Circassians as citizens of the Russian Empire and, to demonstrate this, not only called a new landing place, but even suggested Circassians to look at the scheme of future fortification. 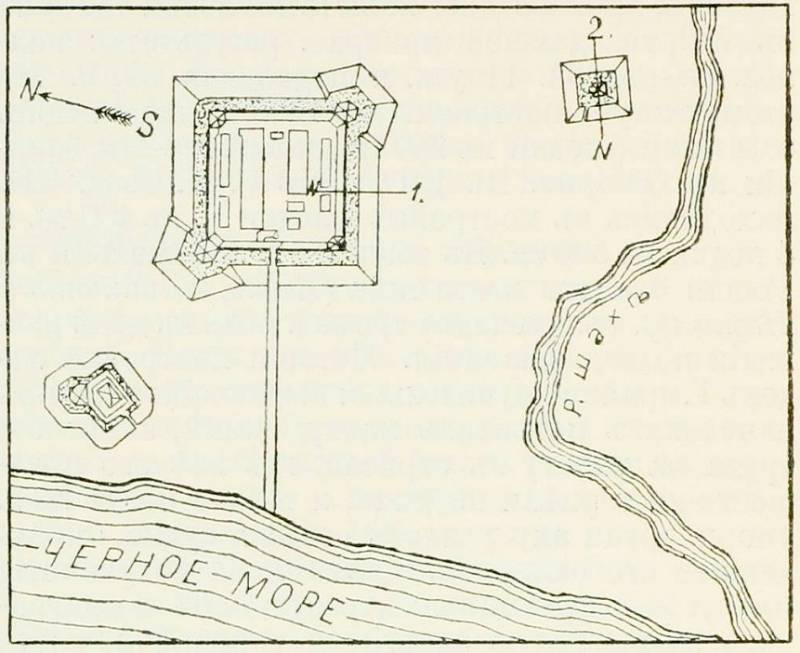 On July 7, the squadron anchored near the mouth of the Psezuapse River (Sochi microdistrict, Lazarevskoye) on July 8. This time Konstantin Karlovich Danzas first landed with his Tengins, he also crossed the mouth of the river first, taking the place of the future fortification. In fact, the landing scenario at Subashi was repeated. Artillery preparation, heavy bayonet fighting, pushing the enemy into the mountains and seizing the necessary springboard. However, after the fierce days of the construction of the fort, when foraging became a battle, timber harvesting was dangerous for ambush and captivity.

At the same time, the Circassians often used the method of firing both the camp itself and small detachments from the mountains, using falcontes or small implements, which, not without difficulty, but could be delivered to the dominant heights. Moreover, the Circassians, who knew every mountain trail, were capable of that. To prevent such attacks often organized attacks, usually ending in a short but fierce battle.

The camp life itself was partly with bravado, partly with irony described by military engineer Mikhail Fedorovich Fedorov, made for the recent amphibious assault in the ensigns, later he will become the author of an entire book of memoirs-memories.

Camp life went on as usual: they ate well, drank, smoked, played cards. Instead of newspapers and magazines, they read orders and orders. 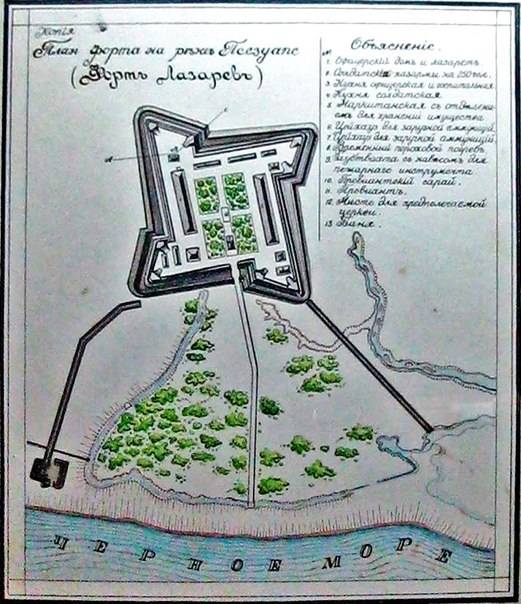 Actually, after the fights, Danzas liked to distract and cheer up the young officers with witticisms, adored a good table and friendly gatherings. This is how many people remembered him: "... lying on the carpet, playing cards and releasing puns."

Contemporaries characterized him as “a remarkable man, albeit a great original.” An amusing bike walked among the officers, as Danzas once brought the authorities to Homeric laughter. Once Konstantin Karlovich, still a lieutenant, was seconded from Moscow to Bendery, where his battalion was stationed, before leaving he came to Governor-General Dmitry Vladimirovich Golitsyn and declared that he was going to Bender through Petersburg, apparently wanting to see friends, and asks his Excellency to approve this decision. When surprised Golitsyn replied that it was directly more convenient, Danzas began to seriously prove the opposite, which he notably mocked Golitsyn.

However, the quirks of many officers of that time would have seemed a bit strange now. For example, Lev Sergeyevich Pushkin, Alexander's younger brother, was one of such officers. According to the memoirs of contemporaries, Pushkin drank only wine, despising water to the extreme, and never got drunk, and did not tolerate soups in food, consuming cheese, fish, meat, and any spicy and salty snacks. He was extremely hardy and, despite his taste tastes, not picky. He spent the whole "his" Caucasian war in the company of one leather cushion, an old overcoat and drafts, which he had never shot. 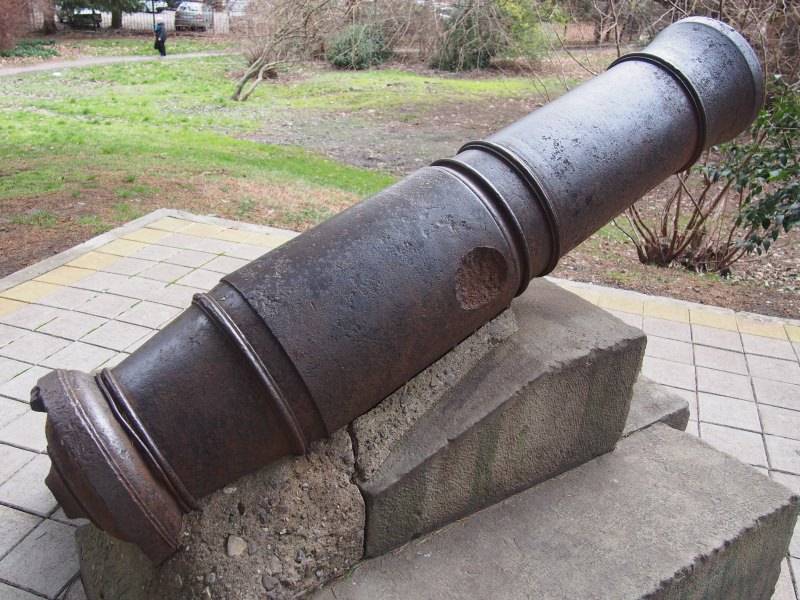 Cannon found on the site of Lazarev Fort

At the same time, Lev Sergeevich had close friendly relations with Danzas, despite the extraordinary grief about the tragic death of his brother and all the gossip about Bohemia about this. Often it was possible to meet Constantine and Lev together in the same tent for the noisy and gambling "battle" for the cards. And Pushkin loved to play, squandering all the money in the game and the hacks. The Caucasus in general somehow brought together in a special way and also strangely divided people.

Despite the seemingly somewhat idle pastime of Danzas, even then the most amazing legends about the combat life of the lieutenant colonel were already in the regiment and among the officers. Soldiers rumor and the officers said that during the Russian-Turkish war, under one of the fortresses, General Paskevich wanted to know the width of the serf ditch. As soon as the commander said this, Konstantin Karlovich began to literally execute the order. He descended into the ditch under a hail of enemy bullets and measured the ditch busily and step by step. As a result, admiration for bravery was spiced with selective accusations of insanity.

And the fort continued to be built, under constant shelling, alternating with another assault on the heights dominating the terrain. Contemporaries argued that the construction of the fortifications took place in a hurry. Summer is rapidly rolling towards the end.

So, on August 31, leaving one company of the Tenginsky regiment in the Lazarev fort, a hundred Cossacks under the command of Captain Marchenko (later, to great regret, this illiterate, but highly arrogant officer would play a fatal role during the siege of Lazarev fortification), General Rayevsky, loading the remaining troops on the ships, went to Anapa. However, this was not the end of the expedition. 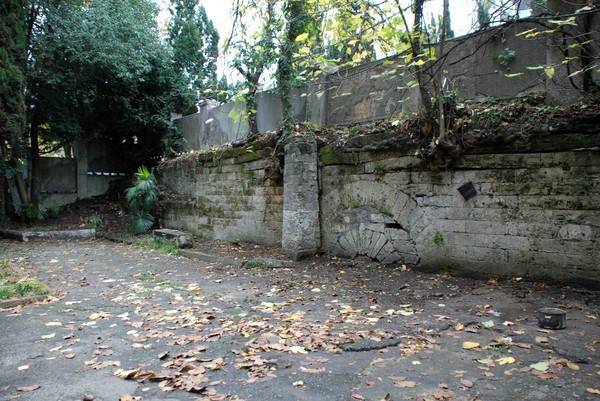 Part of the fortress wall of the already rebuilt Lazarevsky fort, still preserved

In September, already from Anapa, a detachment headed by Rajewski moved to the Maskaga River (Meskaga), where they planned to build another fort - intermediate between Anapa and the Novorossiysk fortification. I described this in more detail in the material “In Search of Fort Rayevsky”. Therefore, I will describe only some of the conditions of that time, in which Danzas was among many.

The detachment arrived at the shore of the Meskagi, now this area is located east of the stanitsa of Rayevskaya, already in September, when torrential rains started. Raw wood, damp clothes and a constant vigil, peering into the autumn grayness and darkness, where the enemy hid. This campaign was not at all like amphibious operations on the Black Sea coast. Despite the fierce battles and the growing number of wounded, in the camp in peaceful moments it was always fun and plenty of provisions and wine, thanks to the ships standing at anchor near the shore and, accordingly, ship cellars with provisions.

On land, behind mountain passes, on the outskirts of the Anapa Valley, all this was not. But even in the autumn dampness and darkness, Danzas was not discouraged (later it will contrast with his age-old inescapable melancholy). Here is how Nikolai Lorer, whom I mentioned earlier, wrote about those days:
And the month of October was not long in coming. We were chilly and shivering from the cold, and the fort Rayevsky (this name was given to him in honor of the builder) grew and grew little by little. Some kind of despondency, apathy of all of us shook us, and we were thirsting for at least a shootout, and even it was not there. There is no music in the camp, no peselnikov; no card game and booze can be seen. And only Danzas, always cheerful, sometimes makes you laugh. 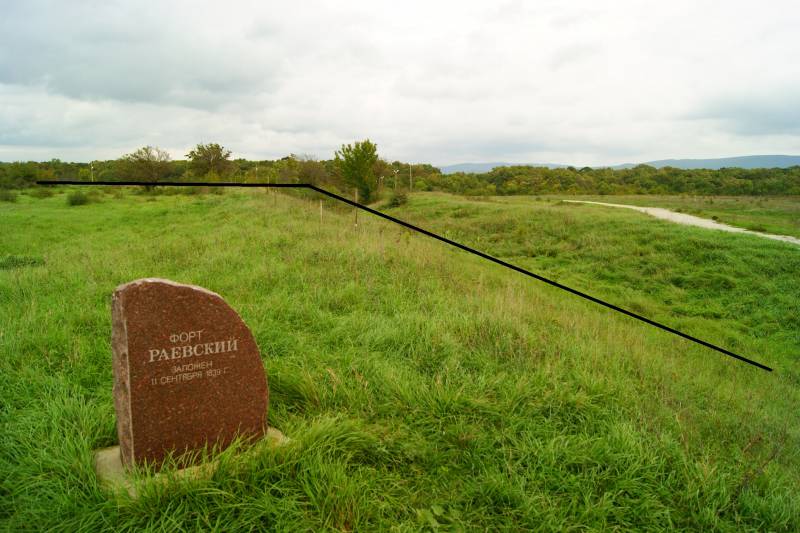 The construction of the fort in harsh conditions was completed almost by the very end of October 1839, and the ceremony of consecration took place on October 18. The garrison was only one company. So ended the expedition 39 for Danzas.

The friendship of Danzas and Pushkin is not a secret for many, but the fact that fate brought Konstantin Karlovich to another great Russian poet remains, if not a mystery, then a little-known fact for sure. In February, 1840, the young Mikhail Yuryevich Lermontov, at a ball at Countess Laval, fell out with the son of the French ambassador, Ernest Barant. As a result, a duel took place. After Mikhail's blade broke, they decided to end the duel with pistols. Barant shot first, but missed. Lermontov was indulgent and deliberately shot in the air. The duel quickly became known to the authorities. According to the old “wise” commanding habit, the Frenchman was not even brought to justice, and our great compatriot Mikhail Yuryevich, despite the peaceful completion of the fight, was put on trial and sent to the Caucasus.

Danzas by that time was already a close assistant to Rajewski and enjoyed, so to speak, his confidence. When Mikhail Lermontov appeared in the Caucasus, Konstantin Karlovich personally drafted a petition to enroll the poet without fail in his battalion. The petition was granted, especially since the fame of the “Tengins” went throughout the Caucasus.

However, Danzas and Lermontov were not destined to become close friends. And it's not about antipathy - they just did not have enough time. The vigorous nature of Lermontov could not allow him to wait for the next expedition. Hardly having arrived in the regiment, Mikhail Yuryevich proclaimed that a campaign to Chechnya was being prepared. Therefore, after a short stay in the battalion, Lermontov achieved his transfer to the "Chechen" detachment. And Danzas was waiting for a hard campaign against the Ubykhs, to the valley of Mzymta and Matsesta, and so on.