The encryption business of the Soviet Union. 3 part

December 14 2018
35
Like many other pre-war theoretical developments of the leadership of the Red Army, the system of government communications in combat conditions did not show its best. In particular, HF communication lines were located near railways and highways, which were among the enemy’s priority targets. A massive artillery strike or airstrike destroyed both the road and the secret communications lines. Negative impact on the survivability of government communications and the almost complete lack of backup, bypass, ring and rokadny lines that could help in critical moments. In addition, all the HF communications equipment was very cumbersome and was located in the administrative buildings of the NKVD in large settlements, which often came under the priority blow of the Germans. There was no need to talk about any mobility of communication even between the High Command, the General Staff and the front staffs.


And how did communications function at the level of division commanders? It was assumed that the division commander of the Red Army in a combat situation should look for the nearest settlement with a good HF communication node. Next, he sends a messenger to the "subscriber", for example, the regiment commander with instructions to find a HF communication node nearby. The speed of making decisions and their execution suffered from such rushing. Such a situation could have been saved by the field means of encrypted communications, but, unfortunately, they were practically absent, and if there were, then the commanders of fronts and armies. Such a deplorable situation often led to the actual loss of command and control of the Red Army troops. 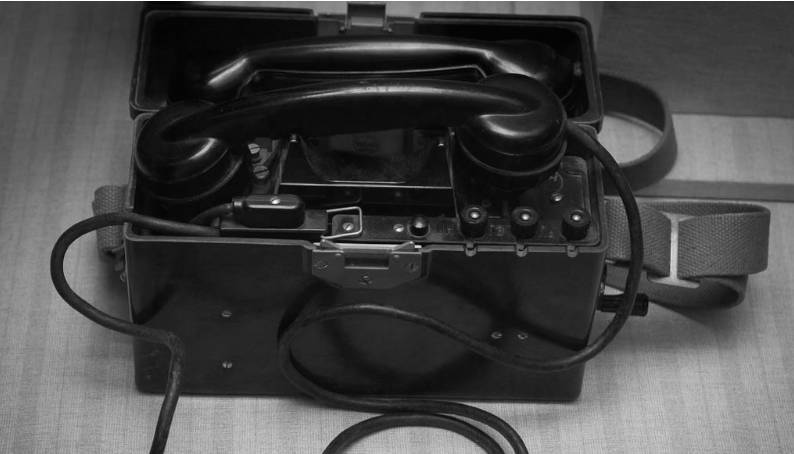 1938 was started to solve this kind of problem when, in the laboratory of V. A. Kotelnikov, they began to develop the C-1 “Sobol-P” secret equipment. It was a very complex technique of HF radio telephony, in many respects it has no analogues in the world. Sobol-P used time and frequency permutations, and the telegraph tape with random perforations mentioned in other articles of the cycle was used as an encoder. Three months after the outbreak of war, the Kotelnikov team began the initial testing of individual components of the Sobol-P: a frequency inversion node with spectrum inversion, a time permutation node, a transmitter-based encoder node and a five-line perforated cable tape. It is noteworthy that in the course of such unique works almost every day new technical solutions were born, which needed to be fixed, published and patented. But in times of war, there was no time for this: everything in the laboratory was subordinated to the creation of a coder of telephone conversations of a new generation. Yes, and all the work was classified as a serious restriction of the dissemination of information.

In the book of Vadim Grebennikov “Cryptology and secret communication. Made in the USSR ”provides an example of the development of a temporary permutation node, which very clearly describes the difficulties faced by the developers. The node design consisted of two objects: a speech delay device for 100 and 200 milliseconds and a slow signal switching circuit that interchanged the 100 millisecond segments of speech. Engineers working with V. A. Kotelnikov considered several options for slowing down audio signals. In the first version, a rubber hose with a length of 33 meters was taken, a sound signal was sent to the input from the speaker, and at the output a microphone with an amplifier recorded sound deceleration for the required one hundred milliseconds. However, the awkwardness of such a performance expectedly put an end to the idea. In the second variant, it was proposed to use a Swedish narrow and thin enough steel tape for magnetic recording. Struggling with the dimensions of this design, the tape was pulled on the drum in the hope of ensuring a smooth joint. But everything was spoiled by a click that occurs when the joint passes through the sound pickup mechanism. Attempts to impose several turns of tape on the rim of the drum and record on the center of a multi-turn “winding” also did not give a good result, since the adapter, passing through the junction of two turns, created an interfering noise. With the third approach, the goal was to reduce the joints and repetitions of interfering clicks. Engineers used a long loop for this, which passed through many rollers. There was an inverse relationship between the length of the loop and the number of clicks - the longer, the less clicks. But everything rested on the bulkiness and serious noise that was generated by the moving steel tape - in the end, all the developments were shallows as unpromising. In the idea №4 in general, it was proposed to use ... a circular saw with a ground plane on which the information was recorded. Of course, all the teeth were previously removed. Everything in this version worked, there were no clicks, but the quality of speech left much to be desired. As a result, the disc was left, but they decided to write not on the plane, but on the rim. True, for the magnetic recording it was necessary to look for high-quality steel, which was found at the Sickle and Hammer enterprise in Moscow. These were the experimental brands EH-3A and EH-6A. Thus was born one of the complex nodes of the future phone encryption unit "Sobol-P". Engineering searches in the Kotelnikov laboratory clearly show at what level of engineering development the industry of the Soviet Union was at that time.

The first successful tests in real conditions C-1 "Sobol-P" was held on the radio telephone line Moscow - Khabarovsk. In a combat situation, the unique apparatus was tested on the communication line between the Supreme Command Headquarters and the headquarters of the Transcaucasian Front, since the wired high-frequency communication between them was broken during the fighting. It was “Sable-P” that for the first time transferred the connection of such a level from a wire base to a radio channel. 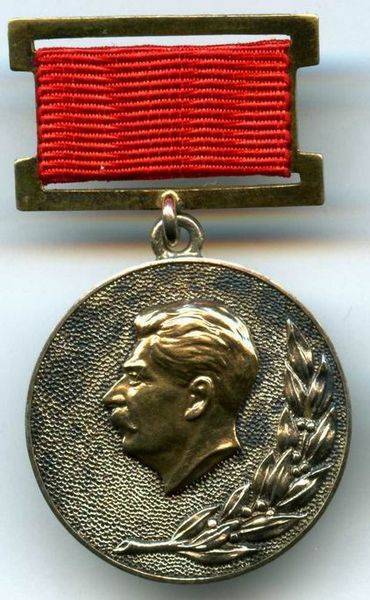 Medal of the Stalin Prize I degree, which was also awarded for the development of "Sobol-P". In 1943 and 1946

In 1943, Kotelnikov perfected his brainchild, produced at a plant in Leningrad. The head of the laboratory repeatedly flew into the blockade city to set up production on the spot, while his plane regularly came under fire. The Sobol-P equipment was actively used during the preparation of the Battle of Kursk and during the battle itself, which largely determined the victory on this sector of the front. The Germans, until the very end of the war, could not reveal the principle of operation of Kotelnikov’s encoder. And, according to Soviet intelligence, Hitler has repeatedly said that he would give the three best divisions of the Wehrmacht for one cryptanalyst capable of hacking the “miracle Sable”.

Such design successes could not pass by the leadership of the USSR, and in March 1943 of the year V. A. Kotelnikov, D. P. Gorelov, I. S. Neiman, N. N. Naidenov and A. M. Trakhtman received the Stalin Prizes of the first degree. All the money received by the engineers was traditionally handed over to the troops, and a tank was collected for the Kotelnikov award. 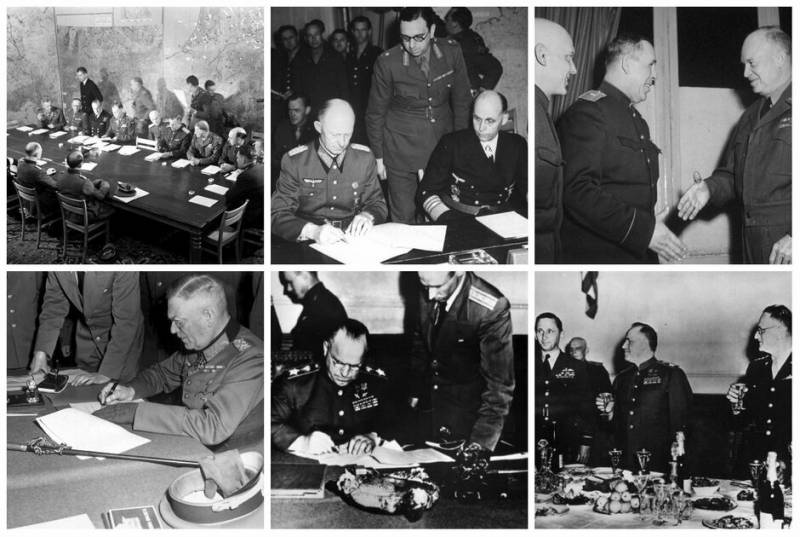 Until the very end of the war, "Sobol-P" was used on all fronts to organize communications with the High Command of the Red Army. The Tehran, Yalta and Potsdam conferences also did not do without the encoder of the Kotelnikov team. Finally, the apotheosis of the Sobol-P apparatus’s career was in May 1945, when Moscow was in contact with Berlin during the unconditional surrender of Germany. Already after 1945, equipment was used on Moscow’s radio communication lines with European capitals. The potential for the modernization of the Sobol-P was so great that work on its refinement proceeded even after the end of the hostilities of World War II, and in 1946, the entire engineering team was reassigned with the Stalin Prize of I degree.

The outcome of the work on the subject of secret telephony in the USSR before 1946 was a huge amount of development work, which later became the foundation for deeper research. In addition, valuable services and troops gained valuable experience in the operation and maintenance of such equipment, which had a positive impact on further developments. And finally, the first teams of professionals emerged from which large organizations producing world-class cryptographic equipment will grow in the future.