From the couch - in the trench!

December 13 2018
67
The DNR Defense Ministry once again announced the imminent offensive of the Armed Forces. This time on the Mariupol direction December 14th. The military decided to use the warning from vigilant citizens about possible provocation for their own purposes. In the networks immediately clicked voices: they crush us, Ukrainian Tanks will reach Moscow! 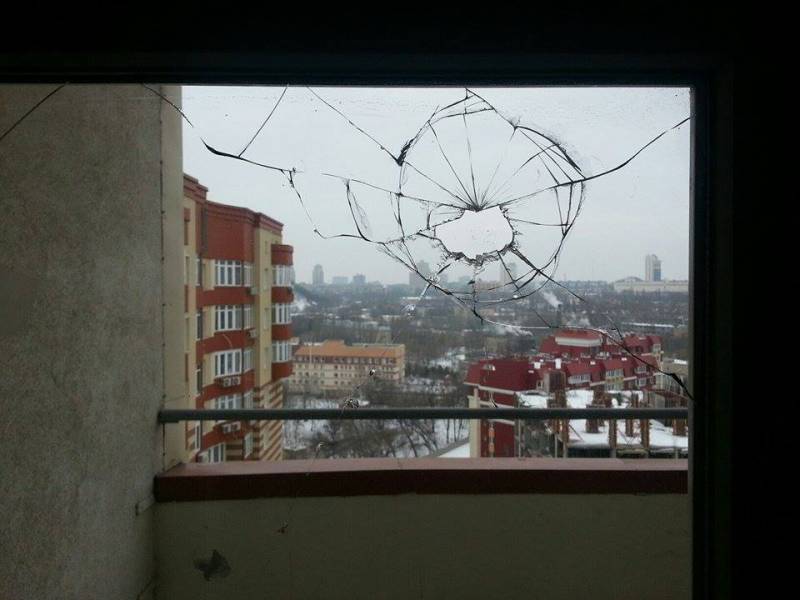 In fact, it is hard to say why the DPR MO every few months publishes an “insider” about the enemy's imminent attack, but this happens with the 2015 of the year with frightening regularity. As the apocalyptic predictions from the Internet warriors, led by their apostle Igor Ivanovich Girkin.

Igor Ivanovich began to whine and predict a quick defeat in the second half of May. He did it with taste and skill. He complained about the lack of ammunition and the fact that in Slavyansk there is only one “Nona” from the technology. Then, when the defeat by Igor Ivanovich announced by his efforts partially took place, and half of the Donbass was occupied by the Armed Forces of Ukraine, the only “Nona” left Slavyansk in several groups (with one armored group donated supposedly to cover the retreat), and the missing BC, gadfly and other useful things were very pleased Ukrainians, when they entered the city. All this good was not even properly mined. The author observed these marvelous events not through a computer monitor, but from a trench, as part of one of the units subordinate to Strelkov.

After Girkin was safely cleaned out to Russia, the field marshal, who was losing popularity, continued to predict a quick victory for the Armed Forces of Ukraine and the “surrender” of New Russia, and just in case, Syria. Soon he had a whole galaxy of comrades and imitators, who announce the imminent catastrophe (with exact dates) even more often than in Donetsk they announce the imminent offensive.

At one time or another, this whole Gyrkian clak visited LDNR or somehow came into contact with local authorities (we have ministers, it was time, they changed like condoms), communicate with friends in the republics. Thanks to information about local realities, as well as not sickly knowledge of military art, often drawn from World of tanks, they chronically confuse the minds of people sympathizing with the cause of Novorossia, and even worse, those who live or fight on its territory.

Seductive activity: to draw epic pictures of the collapse of armies - nostrils pleasantly tickles the smell of imaginary blood and powder smoke, adrenaline is injected into the blood ... Excellent for digestion and popularity growth in social networks with subsequent successful monetization.

The only problem is that behind every fantasy, behind the defeatist mood lies a man who scored on the republic and went to build summer cottages in the Moscow region. This is a soldier who did not extend the contract, not because the service seized him (and she’s really seized up with us and requires unwful nerves), but because he was told by “reputable” people that we’re all dead here day after day as a result of betrayal. This is a volunteer who has ceased to go about his business, because all the same Putinsil # and "Russia betrayed."

Russia, which "treacherously" rebuilds schools, kindergartens and hospitals of Donbass. He is trying to gain sense from headless parochial officials and helps revive the industry. Which breaks in fabulous sums to support the local population and to create at least some kind of social protection. And it does this and much, much more, of course, with a dream and hope, then all this “betray”, “merge” and give it to the Armed Forces of Ukraine, which, in the opinion of particularly frantic network strategists, can even drag their tanks to Red Square, where "Arkasha Babchenko will lie on them".

Yes, there are many problems in the republics and they are being solved too slowly. We are full of corruption, traitors, hidden enemies, alarmists and just fools. There are many difficult problems in the army and the government that regularly rolls into clowning. In general, a lot of bad, vicious and problem, as is usual not only in the state of new formations, but also in well-established powers.

The whole question is that in 2014, we didn’t even have this tumor with all its advantages and disadvantages. And there were karamultuki and three horns, each full of confusion and even more vague prospects. But nothing. No Novorussia merged. Contrary to the alarmists and the defeatists, despite all evil spirits, monetizing the war in the Donbas by all convenient methods.

And if tomorrow it will be necessary to return to the trenches again, the entire sleepy kingdom will instantly stir up and go to war with songs and tricks. The good thing is, now there is something to fight and there is a certain experience, best practices, etc.

And those who sow panic and spread defeatist sentiments should be called to account. Both in the LDNR and in Russia, since they are screaming about the betrayal of the country's leadership and command and the inability of the Russian armed forces to resist even Ukraine with its powerful “Javelins”.

Under wartime conditions, it is customary to shoot the alarmists. Now, of course, this is unacceptable, given that they will immediately be declared martyrs and "fighters against the regime." But to send them to the front, somewhere in the Svetlodar arc, but without the right to terminate the contract ... that would be the power! It would even be possible to remove the reality show: sofa strategists in a single trench.

In any case, it is necessary to fight this poison and this problem needs to be solved.