Secrets of Madame Man. In the trade war with China, the Americans turned to the individual

December 12 2018
45
In one of the Moscow offices of Huawei Technologies, located at the intersection of the ISC with Altufevskoe highway, the windows do not go out until late. However, questions about the situation with the financial director of Meng Wanzhou there are refused to answer, citing the fact that this is a matter of the central office of the corporation. No comment and reports that her husband had already offered for the release of Ms. Meng pledge in 11 million dollars. 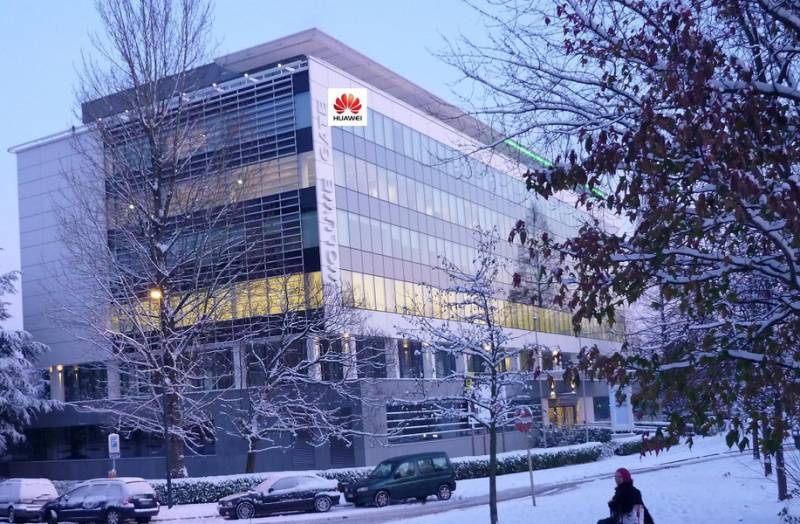 Meng Wanzhou was detained in Canada, without any specific charges being brought, but only on suspicion of making Huawei's funds transfer to Iran, Sudan and Libya. And this is a direct violation of the American sanctions from among those that were introduced quite recently. Canada was chosen as a place of detention clearly not by chance, since it was in this country that Huawei Technologies had already managed to settle in such a way that it was pushing its competitors down, first and foremost the American Apple.

The 10 percent increase in foreign trade with China, noted already this year, clearly indicates that the Chinese are ready to turn the northern neighbor of the United States into a kind of foothold in the ongoing trade war. But if it were only a question of Chinese expansion, the Americans could very well confine themselves to fines and duties. By arranging something like a demonstrative whipping, the United States actually admits that it is clearly concerned about the impudent assassination of a global rival for the sacred: their leadership in high technology.

Americans have always had serious claims to Chinese firms operating in the IT field. They were earlier much wider than the violation of any regular sanctions there. Even against Iran, from which the US has been making the enemy more abruptly than Russia for several years now. First of all, Americans are concerned about the violation of intellectual property rights, as well as industrial and cyber espionage. However, for the sake of filling the consumer market, all this can somehow be tolerated, but only as long as it does not touch something global. And today we are talking about which companies will be allowed by America to create networks of the fifth generation, both for peaceful and for military purposes.

Huawei Technologies Corporation is not just one of the world leaders in the field of communications and telecommunications. It is actually the first in the world to transfer those fifth-generation communication technologies, called 5G, from the sphere of development to the sphere of real services. These technologies are significantly ahead of the modern level of mobile communications in North America, and not only. On the basis of 5G networks, it is possible to talk about creating the technical basis for a real transition to a fully digital economy. And in fact this is done by the Chinese not just anywhere, but near the USA.

However, to punish Canada for cooperation with China is generally a bad form, and somehow unpatriotic with respect to a neighbor, whom the US has always considered and considered to be “tame” or “pocket”. So, it is time to punish China, and in a war, even a trading one, it seems that all means are good. And yet, after the Americans managed to pull up five more countries to the measures against Huawei Technologies, the corresponding go-ahead to Canadians from Washington was not given immediately. And the Canadian law-enforcers didn’t take it right away, although Canadian Prime Minister Justin Trudeau did not deny that he was informed of the detention of Meng Wanzhou. Even now in Canada, the Chinese top manager is not in a hurry to extradite the Chinese top manager to the United States. 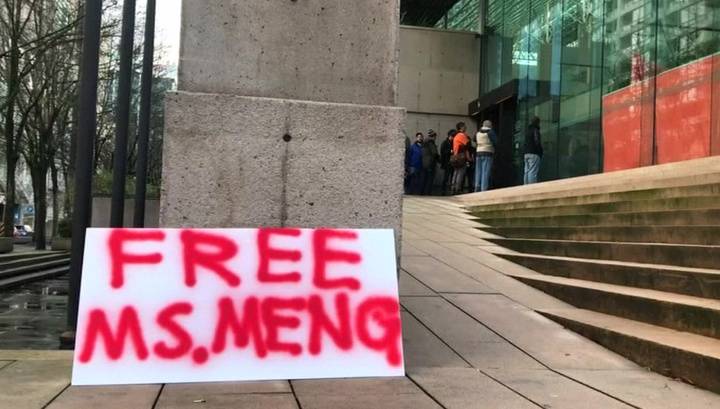 The result was that the arrest of Madame Man happened when a little more than a week had passed since the day the United States and China concluded a three-month truce in a trade war. Thanks to him, the American side will not introduce 25-percentage duties on Chinese imports. It was at least about 200 billions of dollars that would have to migrate from the Chinese treasury to the US. Such a massive violation of the established balance could shy away all over world trade, as the UN General Assembly would not have helped.

And suddenly this. With the first response to the arrest of Meng Wanzhou, China did not hesitate to ban all outdated Apple models from being sold in the country at once. But then everything can take a much more serious character, since this kind of personal transition of Americans is too indicative. Today, the whole world has learned that Ms. Financial Director is the daughter of Ren Zhengfei. He is not only the founder of Huawei Technologies, but also one of the high-ranking functionaries of the Chinese Communist Party.

A hostage of such a level may seem to someone a weighty argument in the current confrontation, especially since this is the very case when there is no smoke without fire. But in business ethics, such operations are all the more considered a bad form. Too many rights they give the opponent in terms of asymmetric response actions. For the time being, China is only putting pressure on Canada, for which an expanded trade and economic agreement with the PRC is threatened. And on the other hand, Canadians have to endure no less powerful pressure from the Washington administration.

The situation with Maine Wanzhou gives a piquancy to the fact that the Canadians were officially given a wake from Washington to arrest her because of the violation of the sanctions that were recently introduced - in August 2018, and corrected in November. But at the same time, the period of illegal actions of the Chinese electronic giant, who so worried about the American sanctioners, has been affecting the concern’s activities since the 2016 year. And then there were simply no sanctions against Iran, as well as against Libya and Sudan, concerning the sphere of IT-technologies.

Donald Trump, whom for some reason everyone counts as a pragmatist, declaring a trade war to China, most likely hoped that goods from the Celestial can be found if not worthy, then certainly a cheaper replacement. In fact, everything turned out to be much worse - almost all consumer products from Malaysia, Indonesia, Vietnam and even Taiwan, in fact, this is all the same China, pereshity or simply with competently re-glued labels. But at the same time almost everything that could be brought under sanctions, impose excessive duties, completely banned for sale, one way or another will be tied to China. Licenses, stolen technologies, equity shares. So the modern world is arranged.

In general, Americans without Chinese goods are no life. In addition, now everyone understands - you hit Russia or Iran, you hit it on your own. And from this already, as from the fall, not to hide, not to hide. Sanctions in any form they regularly cling to "their", for example, the same Europeans, so much so that Trump and Co. constantly have to make exceptions, reservations, give some deadlines for correction. And if Iran can still be punished for selling oil, then with Russian gas and the same oil this is clearly not going to work.

With China, it is even worse — wherever you go, a wedge is everywhere, right down to the strategic needs of the United States. But Madame Chief Financial Officer, obviously, therefore, got hooked, because the Americans have something to offer the Pentagon instead of Huawei Technologies products. In response to her arrest in China, as we see, they did not sit in the trenches. Although it is clear that the Chinese without the US market will have a hard time. But less than a week, a court in China banned Apple from selling old iPhone models.

The reason for such a “timely” decision was a complaint from Qualcomm, which is engaged in the production of chips, which in fact was filed last year in 2017. The document is now dragged into the light of day, recalling that Qualcomm accuses an American competitor of patent infringement, which has always been considered, if not a prerogative, then the Chinese hobby. Following this, there was information that a partner of Huawei, the company Menpad from Shenzhen, which produces LCD screens and electronic components, imposed fines for employees who buy Apple smartphones.

However, compared with the actions of the American side, all this still looks like mosquito bites, especially since in parallel with this, China suddenly went back on track in the issue of duties on American cars. It is possible that in reality it is just the preparation of a real response. Or the desire of the Chinese side to give the opponent an opportunity to come to their senses in time, somehow mitigating the situation, or maybe completely let it go on the brakes.

It remains to be recalled that a few days ago, in the very Moscow office of Huawei Technologies, with undisguised enthusiasm, commented on the very agreements reached by American President Donald Trump and President Xi Jinping on December 1. I wonder how the US will put up with China now after the Chinese have responded with a blow to blow? But it will have to be reconciled in any case, even if for the sake of this it is necessary to abandon the services of the WTO and do not care about GATT - a multi-year agreement on tariffs and trade, which operates in modern edition with 1994 of the year, and in total - as much as 1947.

The Supreme Court of the Canadian province of British Columbia released on the security of the financial director of the Chinese company Huawei Meng Wanzhou, arrested in Vancouver in early December. It is reported by Bloomberg.