Who starved the "non-Soviet" Ukraine?

December 12 2018
100
At the beginning of 1930, the world economic situation could hardly be called prosperous. America and Europe were overwhelmed by mass unemployment, rising prices, a no less difficult situation was developing in the Soviet Union. It was on 1932-1933. there was a mass famine in the USSR, which in the Western press, and then in the official propaganda of a number of post-Soviet states, was called the Holodomor. When they talk about the Holodomor, they primarily mean the Soviet Ukraine. And the point is not so much in the consequences as in the fact that the modern Ukrainian authorities, with the direct support of the West, actively speculate on those tragic pages in stories country.


Meanwhile, at the beginning of the 1930-s, far from the whole territory of modern Ukraine was part of the Soviet state. So. Poland included modern Lviv, Ternopil, Ivano-Frankivsk, Volyn, Rivne regions, Romania — the Chernivtsi region and part of the territory of the modern Odessa region, and Czechoslovakia — the Zakarpattia region. Thus, the territory of modern Ukraine was divided between four states - the Soviet Union, Poland, Romania and Czechoslovakia. 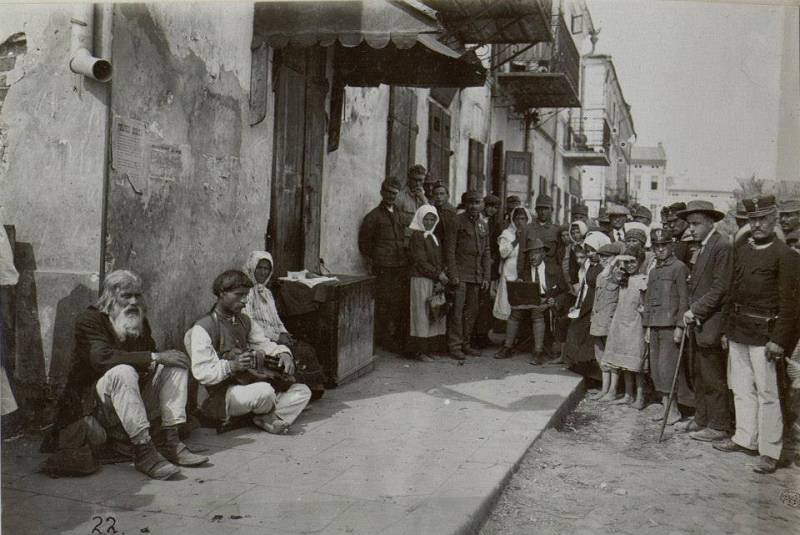 The socioeconomic situation in Western Ukraine at the beginning of the 1930s was much worse than the average in Poland, aided by the general backwardness of these territories compared to Polish lands, and less attention to their problems from the Polish leadership. Yes, Lviv was considered by the Poles as the third largest Polish city after Warsaw and Krakow, but in the villages inhabited by the Hutsul (Ukrainian) population, there was absolute poverty.

In the 1932 year, according to Polish newspapers, 88,6% of farms were starving in the Hutsul region, moreover, in the Kosiv district the hunger swept across 40 villages, in the Nadvirnyansky district — 12 villages, in the Kolomiya district — 10 villages. People literally swelled with hunger and died right on rural roads. It was possible to meet both young and old, and children wallowing on the roads in a dying state. Those who could still walk tried to go to other villages in search of food. 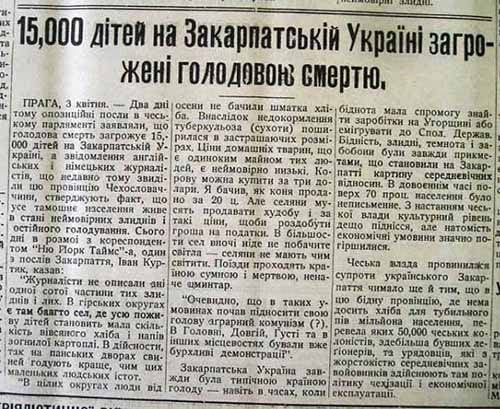 In Kalush province, entire families are completely dying of starvation. Against this background, typhoid fever and tuberculosis spread, which mowed down the local population even more. There were absolutely wild cases. For example, in Zdunska Volya, a peasant tried to sell his eighteen-year-old son at the fair in order to save the rest of the family.

This is not a fiction of the Soviet propaganda of those years, but information from numerous notes and articles in Polish newspapers. Western newspapers were aware of the terrible famine in western Ukraine. So, the newspaper “Ukraine's Good News”, published in the USA by Ukrainian immigrants, wrote:

In rural homes are entire families who are swollen from hunger. From the village to the village there are crowds of frozen, hungry Hutsuls who ask for bread and potatoes. Young people and old people die from spotted typhus ...

But how could it happen that entire territories of Western Ukraine were in such a depressing situation?

Firstly, the Polish government banned the Hutsuls of the mountainous regions of Western Ukraine from engaging in their usual timber business, which in the lean year completely deprived the peasants of their livelihood.

Secondly, since the government of Poland pursued a policy of discrimination against the Ukrainian population of Galicia and Volhynia, it did not render any real assistance to the starving Gutsuls.

The discriminatory policy of the Polish government towards Ukrainians has been carried out ever since the lands of Volyn and Galicia became part of Poland. The main goal of this policy was the Polonization of Eastern Galicia, Volyn, Kholmshchyna, Podlasie, and other Polish territories, where ethnic Ukrainians (Hutsuls, Galicians) made up a significant part of the population. It was planned either to assimilate and dissolve Ukrainians in the Polish people, or to squeeze those who do not want to assimilate outside the country.

Warsaw combined military-police, cultural and economic methods of discrimination against the Ukrainian population. Thus, the number of Ukrainian schools was constantly reduced, of which more than 77% were teachers were Poles, all the main literature was published in Polish. Polish intelligence agencies thoroughly suppressed any attempts at political self-organization of Ukrainians, but the latter still created nationalist groups, who immediately became objects of police repression. But hunger, of course, was most influenced by economic methods.

As early as December 1920, a special decree was issued on the colonization of lands inhabited by Ukrainians in eastern Poland. According to this decree, it was intended to resettle Poles, mostly former soldiers of the Polish Army, who are essentially military settlers. During the 1920-1928. in Volyn and Polesye Poles received 260 thousand hectares of land. They were settled more than 20 thousands of Polish military settlers, who were not only to engage in agriculture, but also to protect the Polish state interests on the eastern borders of the country.

In addition to the military settlers, 60 thousands of civilian colonists arrived in Western Belarus, Western Ukraine and Eastern Lithuania who were under Polish control. In total, 1920 thousands of hectares of land were allocated to Polish settlers during the 600s. Usually one Polish family received a plot of land in the amount of 18-24 per hectare, sometimes more, but not more than 45 hectares.

Throughout 1919 — 1929, 77, thousands of Polish insurgents, received Warsaw, sending settlers to the east, killing two birds with one stroke. On the one hand, it eliminated social tensions in Poland itself, endowing the Poles with lands in the east and reducing overpopulation in certain voivodships. On the other hand, on the border with the Soviet Union, an impressively large number of Polish population was formed, which was to fulfill the task of assimilating the surrounding Ukrainian or Belarusian population.

Meanwhile, Western Ukraine was already resettled, and local peasants suffered from landlessness. Under these conditions, the emergence of a large number of immigrants from Poland directly beat the economic interests of Ukrainians. But it was impossible to reach the Polish government. Polish settlers themselves demonstrated extreme hostility towards the Ukrainian population, often it came to domestic conflicts on economic grounds, and the Polish authorities, of course, always took the side of ethnic Poles.

It should be noted that not all Poles were engaged in self-cultivation of land, many began to lease it. Landless Ukrainians lost their last earning opportunities in the field of agriculture. There was no work in the cities either, and the peasants from the deaf Galician villages did not possess the proper qualifications for working in urban enterprises, which in the agrarian Galicia and Volyn were not so much. 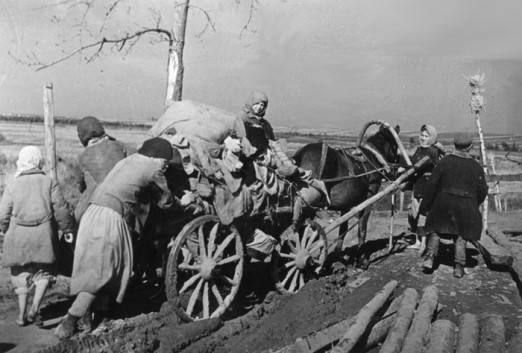 For many residents of Galicia and Volhynia, the only way out of this situation was emigration to European countries, to the USA and Canada. But it was easy for young and active people to leave; the majority of Ukrainians still remained in their villages. They constituted the main part of the famine victims in the territories controlled by Poland.

It is worth noting that the situation in Transcarpathia, which during the described events was part of Czechoslovakia, was no easier. Unlike the Polish authorities, the Czechoslovak government was much more liberal in relation to the local Transcarpathian Rusyns, but the economic situation of the latter was also extremely difficult.

In an interview with an American journalist, a resident of Transcarpathia told me that in mountainous districts whole families did not see any other food for months, except for a few semi-rotten potatoes and a small amount of oatmeal bread. In the villages of Transcarpathia, an epidemic of tuberculosis and typhoid began, some villages simply became extinct.

The situation was not the best in areas under Romanian rule. Here, the local Slavic population also faced national oppression from the Romanian authorities, who followed a radical nationalist policy towards all non-Romanian national minorities of the kingdom. 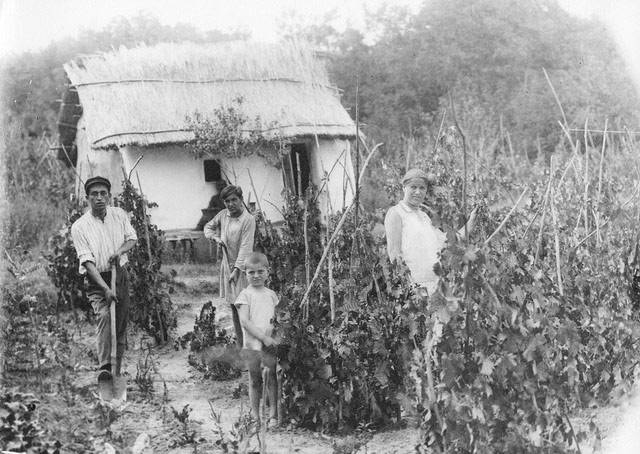 Among the main reasons for the famine in Romania, in addition to crop failures, were natural disasters, for example, severe flooding that led to human casualties in Bessarabia and even to the cessation of the railway connection between Chisinau and Bucharest, Bucovina and Poland.

Soviet agronomists in 1932 wrote about a real rust epidemic. The center of its occurrence was the Balkan Peninsula, where at that time it was a very hot summer. From the Balkans, through Romania, the rust epidemic was transferred to Ukraine, including its eastern and southern regions, as well as to the south of the RSFSR. Central Europe has not escaped rust. Thus, in Germany, as a result of an epidemic of rust in some lands, up to 80% of the crop was lost. This led to a serious increase in the price of bread and, consequently, to an increase in social discontent. But if in the countries of Western and Central Europe, due to the level of development of the economies, the consequences of crop failure were still coped, in the agrarian countries of Eastern Europe the situation was much worse.

Romanian newspapers wrote about the real famine in Bessarabia, the famine riots in Chisinau. So, in November 1932, the price of bread in Chisinau soared 100%. For many Moldovan families, this was a crushing blow to the flimsy family budgets. Hundreds of starving people rushed to the storming of the bakeries, the police, unable to disperse the people, opened fire to kill.

In Tekinshita, lepers escaped from a local hospital because they were not fed for a week. The patients went on foot to Bucharest, but a detachment of Romanian gendarmerie came forward to intercept them - the authorities tried to prevent the situation in the capital from escalating.

Thus, the position of the peasant population was disastrous in Poland, Czechoslovakia, and Romania. At the same time, while in the Soviet Union, the authorities tried by all means to improve the situation of the population, and people still had hope of changing the situation, then in these countries there were practically no ways to avoid poverty and even starvation. And the local authorities conducted an extremely unfriendly policy towards the Ukrainian population, which was based on the desire to completely cleanse the territories under their control from Ukrainians as such.

However, the beginning of 1930-s hit the working people in all parts of the world very hard. Workers demonstrations were held all over the world, authorities tightened the police regime, shot demonstrators with machine guns, and dissenters arrested and imprisoned and concentration camps. It was the economic crisis of the beginning of the 1930-s that was one of the reasons for the dramatic “re-establishment” of many political regimes in Europe, the opening of fascist parties and movements in a number of European countries.

Of course, modern historians and publicists, "exposing" the Soviet government, that in the beginning of the 1930-s in the West, prefer to remain silent. After all, this information does not fit into the diligently created picture of the "horrors" of Soviet power and prosperous life in the United States, Western Europe, or the same Poland and Czechoslovakia. But the sources have not gone away and all you need to do is turn to the Polish, Czechoslovak, Romanian, Hungarian or even American and British newspapers of those years to understand the scale of the terrible famine that swept through the 1931-1932 years. Eastern Europe.