December 9 2018
161
A video of the transfer of a large number of Russian military equipment to the Crimea across the Kerch bridge appeared on the Web. 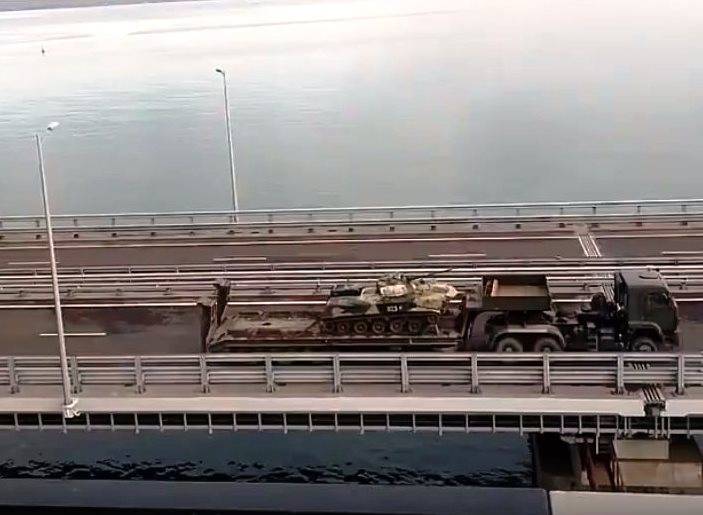 It clarifies that the video was shot 8 December. In Twitter posted him a user under the nickname Igor Girkin. The web has begun an active discussion of personnel.

In Ukraine, naturally, they suggested that Russia is preparing for a war, about which Poroshenko and his power ministers so often speak.

Some doubted whether the bridge would withstand the load, if such columns would pass continuously.

On the eve of the Western media with reference to satellite images of Google Earth reported hundreds of Russian tankslocated near the Ukrainian border in the Kamensk-Shakhtinsky area. In addition to tanks, the observers spotted thousands of military trucks. At the same time, some users wrote in their comments that the equipment at this military base was located earlier, at least this summer - for sure.

We will remind, earlier Petro Poroshenko declared about the transfer of assault assault units to the border with the Russian Federation. In addition, he said that he had signed a decree on the payment of additional financial assistance to Ukrainians detained in Russia.

The website of the President of Ukraine states that the assistance will be provided in the form of a monthly stipend in the amount of three (Ukrainian) subsistence minimums for able-bodied citizens.

It clarifies that the project was developed by the Ministry of "temporarily occupied territories" with the participation of public organizations. The scholarship was named after Levko Lukyanenko, a Ukrainian human rights activist.