December 7 2018
27
Two more Su-34 bombers entered service with one of the aviation regiments of the 14th Army of the Air Force and Air Defense of the Central Military District. The crews of the new aircraft have already flown the aircraft from Novosibirsk to the airfield of the mixed aviation regiment in the Chelyabinsk Region, the press service of the Central Military District reports. 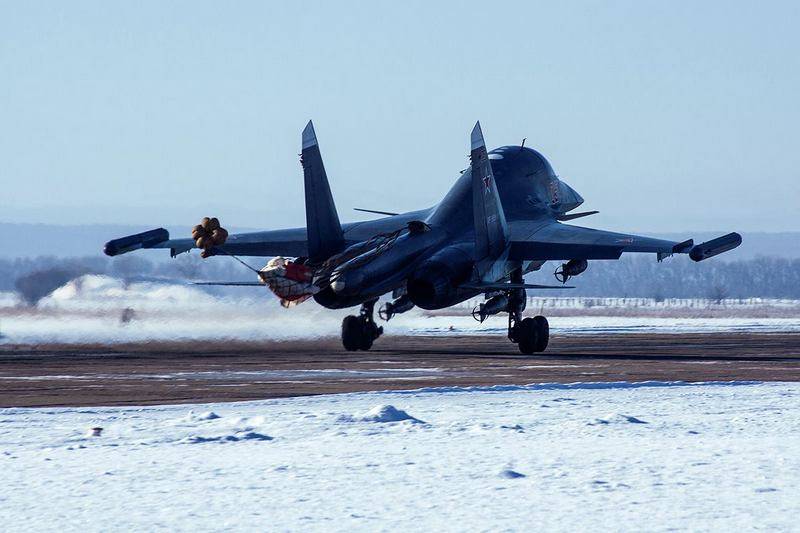 Thus, taking into account the two newly arrived Su-34s, the 2 21 Second Division of the Smolensk Red Banner Army of the Air Force and Air Defense of the Central Military District are currently part of the 14 14 Guards Blended Aviation Regiment of the Central Air Forces, currently in 34 in the regiment from the beginning of the year. Two new Su-34 will allow the formation of a second squadron of bombers in the regiment, especially since by the end of the year two more aircraft are expected to arrive. The entire second squadron will be formed by the end of 2019 of the year. In total, there are three squadrons in the regiment; there is no data on the rearmament of the third squadron.

The regiment personnel underwent retraining for new bombers at the Lipetsk center for training aviation personnel and military trials of the Ministry of Defense of the Russian Federation.

At the moment, the Novosibirsk aircraft factory has built, counting seven experimental and pre-production samples, the 123 front-line bomber Su-34.