Day of the Air Force Engineering Service of Russia

December 7 2018
11
Every year on December 7 in our country is celebrated Engineering Dayaviation services (IAS) of the Air Force (Air Force) of Russia (the holiday date is unofficial). Not so long ago, this service celebrated its 100th anniversary. It has been operating since December 7, 1916. It was at the height of the First World War that a department was established in our country for the technical operation and military repair of aircraft and weapons. At the same time, as part of the first aviation units of the armed forces of the Russian Empire, the posts of motor mechanics were provided, which were engaged in technical support for flights.


In our country, as well as around the world, история IAS development is inextricably linked with the history of the formation and improvement of military aviation. In Russia, its birth was in the 1910-1912 years. Already 25 June 1912 of the year, when military aviation was created in the country and the first states of aviation squads were established, they provided for the presence of engineering soldiers and engineers. They were instructed to conduct the necessary technical activities aimed at ensuring flights. With the beginning of the First World War, their role only increased, which was reflected in the assignment to them of non-commissioned officers ranks and titles of ensigns. 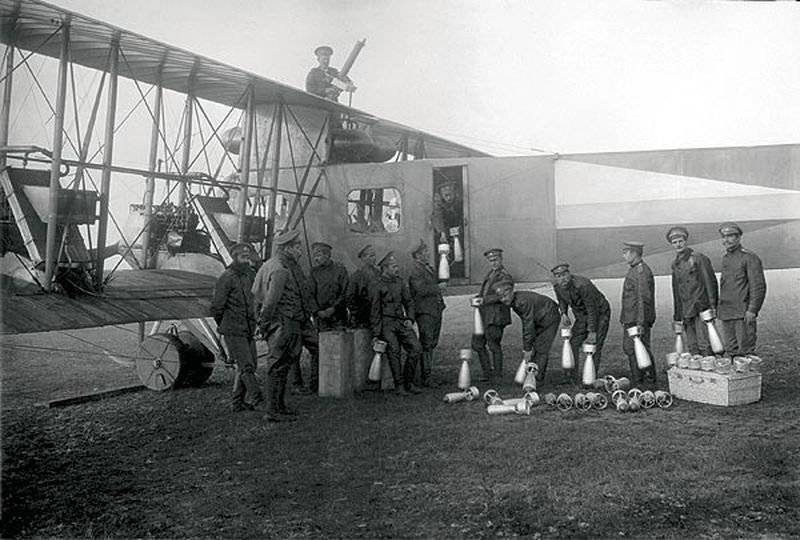 In the future, a technical and operational service was formed, and there was also a need to coordinate the activities of the personnel of aviation units for the technical operation of various types of aircraft in service. Coordination was assigned to the control of the Air Force Field Inspector General Fleet, which was created by order No. 1632 of the Chief of Staff of the Supreme High Command of November 24, 1916 (December 7 in a new style). From that moment on, the process of calculating the activities of the department for technical operation and military repair of aviation equipment and weapons of the Air Force - the aviation engineering service.

In the future, the role of combat aviation in military operations only increased, and with it the role of the engineering and aviation service grew. Despite this, the structure of the IAS Air Force of the Red Army of the pre-war period (in those years the service was called operational-technical) ensured the operation of aircraft technicians only in peacetime. She was not fully prepared for the war and had a number of important flaws that did not allow her to fully manage the activities of personnel in the operation and repair of existing combat aircraft during the war period. 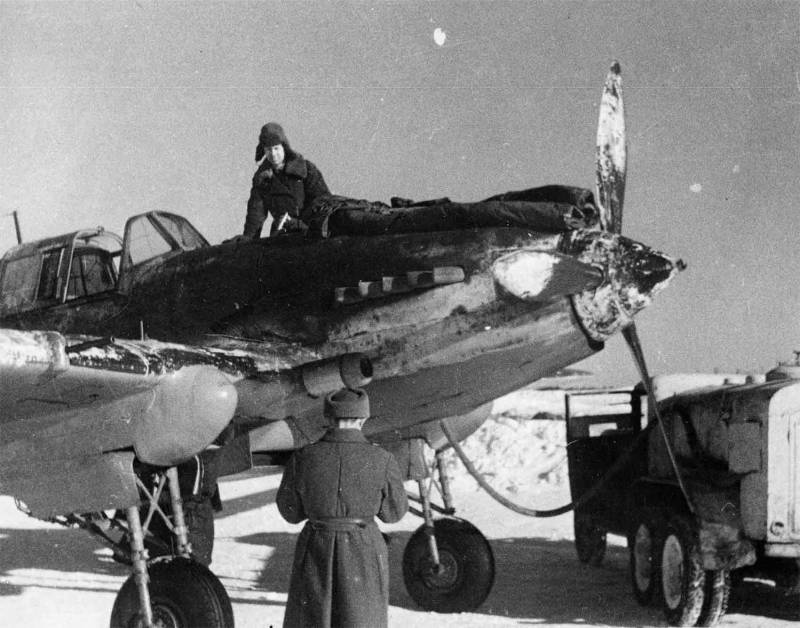 Firstly, the IAS apparatus before the start of World War II was poorly developed at all levels. The Directorate of the Chief Engineer of the Air Force of the military district in the USSR at that time consisted of five people, the senior engineer of the aviation division and the regiment - only three people. Under the prevailing conditions, when the District Air Force included up to 10 aviation divisions (about 30 aviation regiments) and 10 separate squadrons, and each regiment in turn consisted of 5 squadrons, such a number of engineers simply could not physically direct the IAS personnel. Secondly, the problem was that the operation and repair of aircraft were in different hands. Thirdly, at all the existing levels of IAS control, there was almost no reporting on aircraft technology, including a one-dimensional record of the presence and condition of aircraft.

The experience of large-scale hostilities that have begun has shown that the structure of the IAS does not cope with the tasks assigned to it, primarily to rebuild aircraft damaged in combat and to ensure the largest number of sorties to solve various combat missions. The question of the need to reorganize the IAS, and especially its managerial staff, became quite acute. The reorganization had to be carried out in the harsh conditions of the war, it began as early as August 1941. At the same time, the optimal structure was formed only by the beginning of 1943. 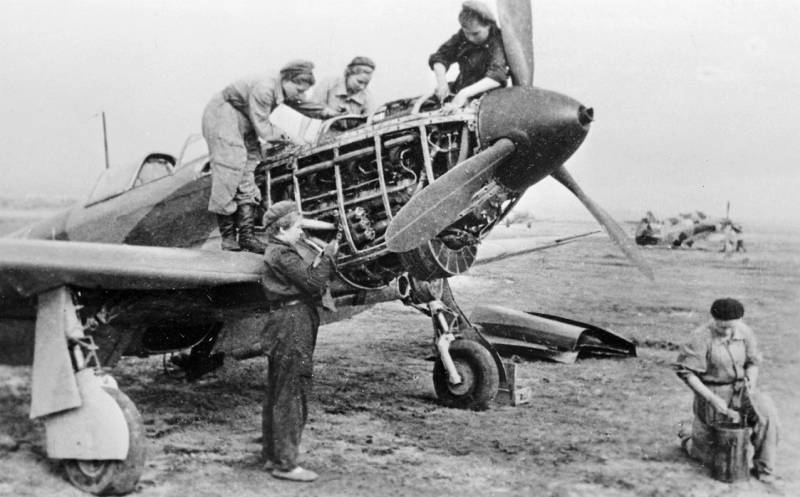 The reorganization of the engineering and aviation service made it possible to successfully accomplish the tasks that the Soviet Air Force faced. The combat fellowship of the flight and technical staff made it possible during the war years to provide 3 124 000 sorties with a total 5 640 000 x-ray. 30 450 000 bombs weighing more than 660 000 tons were prepared and suspended on the aircraft. But the most difficult component of the IAS during the Great Patriotic War was the restoration of aircraft that received combat damage and damage during operation. Due to the good functioning of the repair network, as a single body for the restoration of aviation equipment, by the time of the end of hostilities the irretrievable losses of damaged aircraft were reduced three times, more than 90 percent of the fleet replenishment accounted for repaired airplanes, 75 combat sorties from airplanes that had previously passed repairs.

It can be noted that the IAS of the most difficult military years for the country after the reorganization was carried out successfully coped with the tasks of aviation engineering support of military operations. The combat work of the engineering and technical staff during the Great Patriotic War was highly appreciated by the country. Various orders and medals were awarded to 49 946 people, including the Order of the Red Star - 21 336 people, the Order of the Red Banner - 1242 people, the Order of Lenin - 360 people. 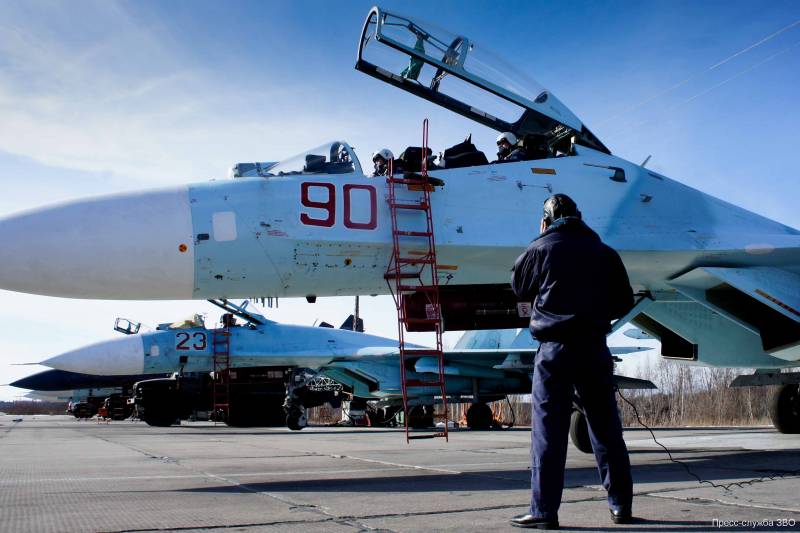 Today, the main task facing the IAS is to maintain airplanes, helicopters and UAVs of the Russian Aerospace Force in good condition, ready for use. This is achieved only through the daily routine work of a large number of engineers, mechanics and technicians. The training of IAS officers in Russia is carried out in Voronezh on the basis of the Military Training and Scientific Center of the Air Force "N. Ye. Zhukovsky and Yu. A. Gagarin Air Force Academy". This renowned academy has its history since the 1919 year, when, at the initiative of the famous Russian professor Zhukovsky, the Moscow Aviation College was formed. 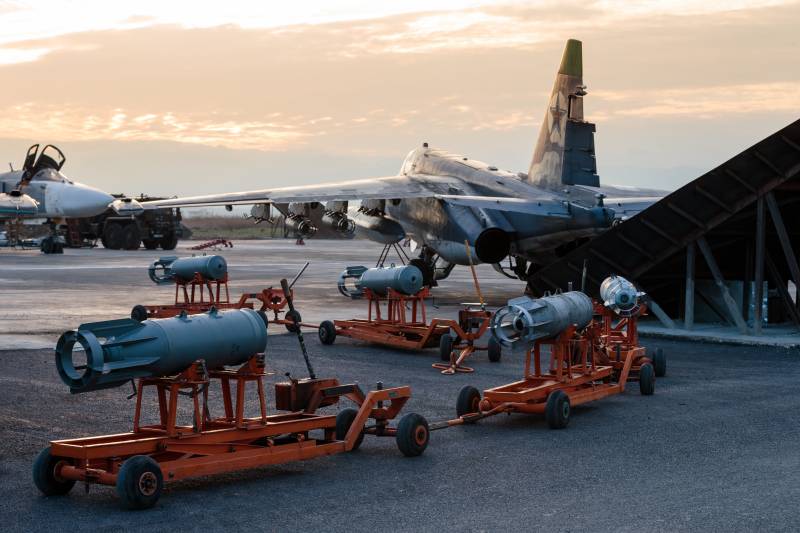 Today, in addition to the tasks of maintenance and flight preparation of aviation equipment at aerodromes, IAS officers are directly involved in all phases of the life cycle of aircraft, from the moment of formulation of requirements for research work and ending with the disposal of old military aircraft. Specialists of research organizations of the Air Force of Russia determine the parameters of future aircraft (their performance and appearance), based on an analysis of the threats currently available and the practical feasibility of tactical and technical requirements, taking into account the achieved level of scientific and technological progress and industry capabilities.

It should be noted that any deliveries of new aviation technology to the aviation units of the Russian Aerospace Forces begin with a comprehensive acceptance of airplanes, helicopters and unmanned aerial vehicles by representatives of the engineering and aviation service. In recent years, they have received more than 100 units of various aviation equipment, including Su-35S, Su-30CM fighters, Su-34 fighter-bombers, training Yak-130 fighters, as well as attack helicopters Ka-52, Mi-28H, Mi -35М, heavy transport helicopters Mi-26T, transport and combat helicopters Mi-8 of various modifications. Only in 2017, in the interests of the Russian Defense Ministry, 49 combat aircraft and 72 various helicopters were delivered. According to the plans in the 2018 year, the Russian army should get about 160 new aircraft and helicopters.

December 7 "Military Review" congratulates all active and former military personnel related to the Air Force Engineering Service of the Russian Air Force, on their professional holiday.